Here we have an interesting comparison here, between the Motorola Droid MAXX and the Samsung Galaxy Note 3.  The Droid MAXX was just released on August 20, and the Galaxy Note 3 is just hitting the streets, with Verizon being the last carrier to release it on October 10.  The phones are designed for different purposes – the Droid MAXX, while having a 5-inch screen, is basically designed to last a long time, up to 48 hours with its huge 3500mAh battery.  The Galaxy Note on the other hand is designed as a productivity device, crammed with note taking, photo manipulation, and a true phablet with a built-in stylus or S-Pen.  Both devices have the same price tag of $299 for a two year contract, both phones weigh the same, and both start with 32GB of internal storage.  Have a look at the specifications below, and then we will look at each individual phone before choosing a winner. 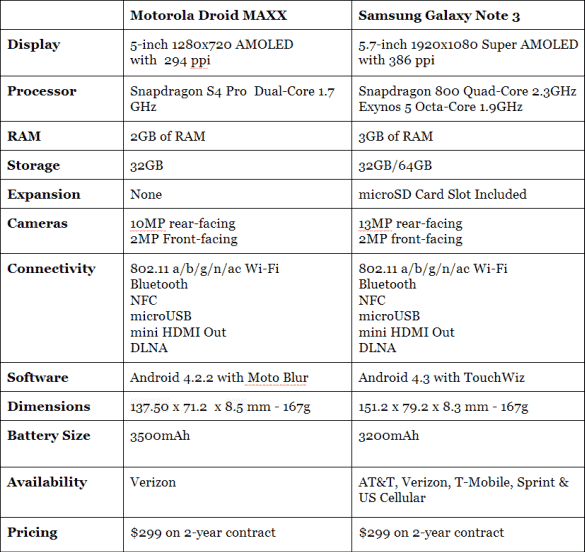 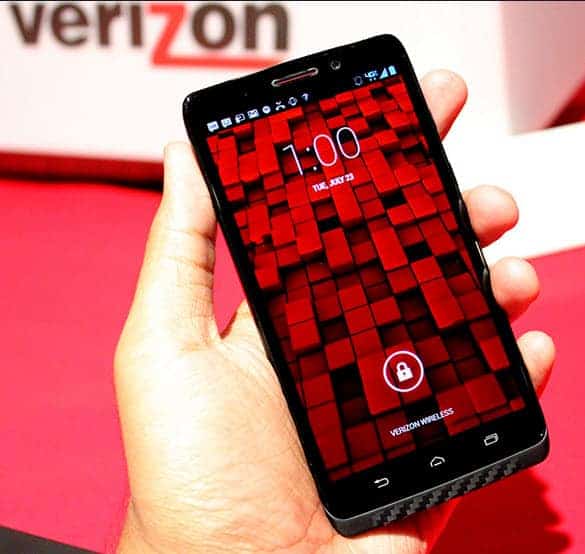 For a new phone that costs this much, I would expect more from the specifications other than a large battery.  From the 1280 x 720 screen to the processor to the 10MP camera, to the Android 4.2.2 OS, it just doesn’t stack up to its competition.  Motorola really did optimize the software on the Droid MAXX, not only to make the battery last for 48 hours, but also the smoothness with no lagging whatsoever.  It also offers Active Display and Always-On that works with Google Now. 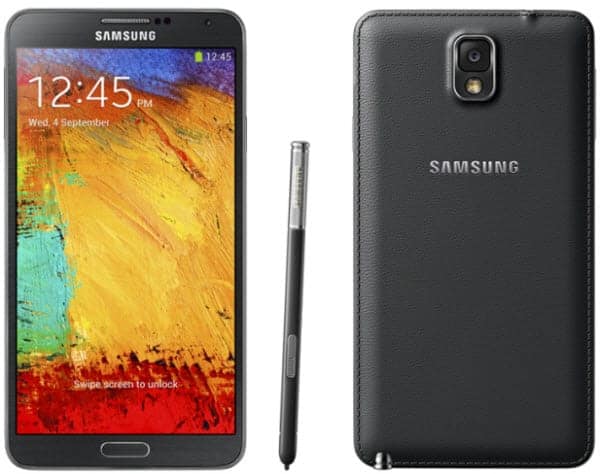 The Samsung Galaxy Note 3 is certainly a step-up from what was already a terrific phone, the Galaxy Note 2. Samsung has done enough to change the outside of the phone with its faux leather back, making the phone even thinner and a little lighter than the Note 2 to make it more acceptable to Samsung’s critics. They increased the RAM to 3GB, raised the internal memory to 32GB, improved the display to a Full HD at 1920 x 1080 resolution, greatly improved the camera, and will be the first phone to come with Android Jelly Bean 4.3.

Samsung, as usual, packed a lot of software in the Note 3, with improved multitasking, more functionality with the camera, and added an improved the S-Pen 3.0 and Air Command, enhance Air Gestures, Air Browse, and Quick Glance, all to make the user experience even better.
Samsung Galaxy Note 3 N9000 Black 32GB – Factory Unlocked International Version