This is a battle of true titans – the just released Samsung Galaxy Note 3 vs. the announced, but not yet released HTC One Max.  Both phones are behemoth, and I mean that literally when it comes to phone size.  The Galaxy Note series started a new category of phone in 2011, the phablet, when the Note 1 came out with a huge (at the time) 5.5-inch display and, of all things, an S-Pen.  Nobody gave it much of a chance, but here we are, only two years later and over 30 million of them have sold, and it looks like the trend will continue with the Galaxy Note 3.

The other manufacturers have certainly been watching this trend of the popularity of larger and larger screens and have begun marketing their own Galaxy Note 3 competitor, and HTC has finally thrown a phablet into the ring, the HTC One Max – with a screen size of 5.9-inches it would certainly fall into the phablet category.  HTC based their phablet on their very popular HTC One smartphone, and why not, with a beautiful aluminum body and dual stereo speakers, it is a sight to behold.  HTC even squeezed an HTC One Mini out of the original, now making it a complete family. Let’s take a look at the specifications and then each phone individually before we choose a winner. 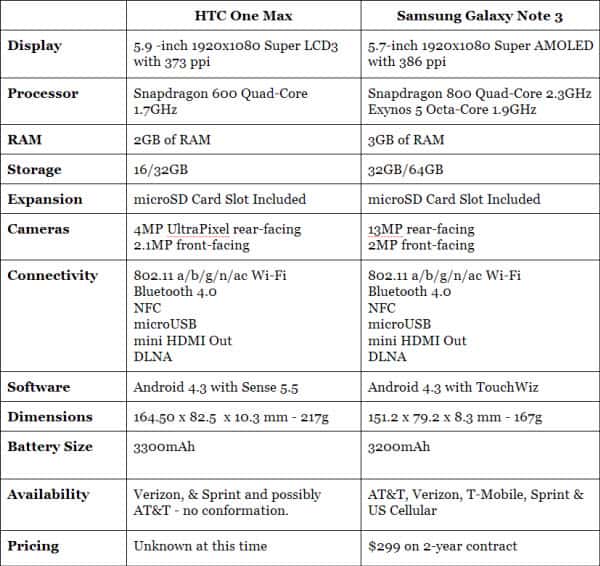 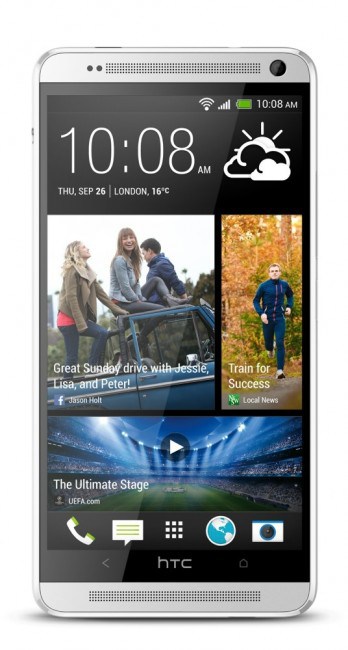 The HTC One Max comes from a good pedigree, the HTC One – only stretching the original to a whopping 5.9-inch FH HD Display and adding a fingerprint sensor on the back for added security. It really is a great looking phablet with a very good, low-light camera, using HTC’s UltraPixel sensor. The HTC One Max produces excellent sound, probably the best of any smartphone on the market right now. It is larger, wider, and heavier than the 5.7-inch Galaxy Note 3 making this phablet a definite two-hander. The build quality (not referring to the internal parts) is the best of materials, with its gorgeous looking aluminum body vs. the faux leather look of the Note 3.

Performance wise I was disappointed to see this wonderful phablet entry sport only a Qualcomm Snapdragon 600 Quad-Core processor clocked at only 1.7GHz and with only 2GB of RAM, although I was happy to see the addition of a microSD slot to help bolster its 16 or 32GB of memory.

Feature wise, I was disappointed that a phablet would not have a Stylus to use on this large of a surface, but neither is the software designed around a stylus input, what I believe completes a true phablet, although it may not be something that concerns you. 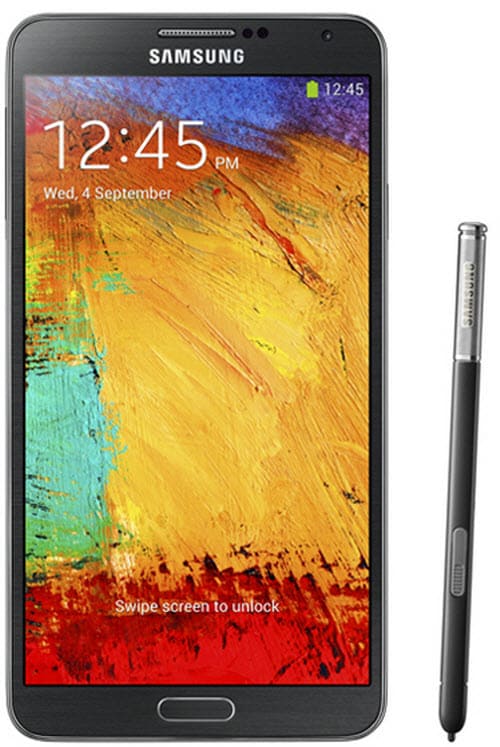 What can we say about the Samsung Galaxy Note 3 that we haven’t already said – it is, at this moment, the phone to which all others will be judged when it comes to specifications and features.  It has the fastest processor in a current smartphone with its Qualcomm Snapdragon 800 Quad-Core processor, clocked at 2.3GHz, with 3GB of RAM, 32GB minimum internal storage, and Full HD Super AMOLED Display.

As far as features, Samsung has packed this phone with so many options, it could take you a year to find them all – some are very useful, like Air Command, One-Handed Operation, improved Multitasking and Multiple Windows, Improved Voice Control, the Smart Screens, and even Samsung’s new security software called Knox, so those that BYOD to work, can do so without your company worrying about the security of your phone’s data.  Other options may be more gimmicky, but whether you find the features useful or not, the Galaxy Note 3’s software has been improved and upgraded way beyond its predecessor, the Galaxy Note 3.

Even with the HTC One Max’s beautiful exterior and slightly larger screen, I have to give the nod to the Samsung Galaxy Note 3.  It is lighter and narrower, making it easier to use, but the real reasons have to do with performance and features.  The newer, faster processor, the 3GB of RAM, the minimum of 32GB of internal storage, and the removable battery all factored into my decision.

Feature wise, the HTC One Max just does not stack up to the phablet concept with note taking abilities.  The absence of a Stylus or even one that stores in the phone, is one thing, but not to include software for a quick note, or writing capabilities with an external stylus also weighed into my decision.  The HTC One Max is wonderful on the outside, but many times, it is what is on the side that really matters, and how the user can interact with the device – the Note 3 wins hands down in that department.