The day we have all been waiting for is finally arrived and the new Nexus 5 has been officially announced/released, whatever you want to call it. However, in all of this Nexus 5 excitement, let us not lose sight of what else was released, something that will also interest those of us, not interested in the Nexus 5 (and yes, we do exist) – Android 4.4 KitKat! Now that is something that will affect many users, when our manufacturers and carriers start handing out our upgrades from Android 4.2 or 4.3 Jelly Bean. What can we expect when it lands on our device – will we even know it’s there under the heavy skin of Samsung’s TouchWiz or HTC’s Sense?

On the leaked pictures of Android 4.4 KitKat, they were pushing the transparent navigation and status bars and white icons, so we should not be surprised to see them in the final version on the Nexus 5.  There is also an API that will allow developers to put this option in their applications.  As more applications are updated we should see a little more uniformity throughout the user experience.  Some apps will no longer have a status or navigation bar, but a full screen of whatever you are doing and by swiping the screen, a panel will pop out showing your options. For instance, if you are reading a book, watching a movie, or playing a game, you will have the entire screen to enjoy your content, and only if you need to perform an action, will you have to swipe sideways, and out will pop your menu of options – done, then simply push it out of your way.

Google Now will be similar to the Moto X, always on feature, and be in a passive “listening mode,” waiting to hear those famous words – “OK Google,” to start it up and be ready for your next command. 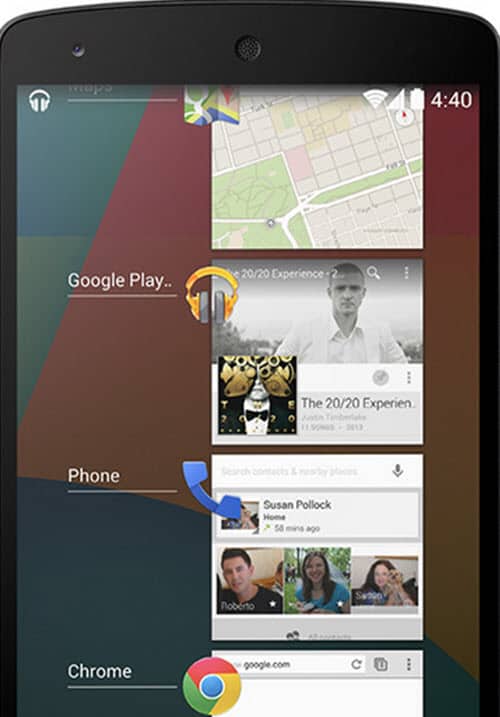 One thing that Google really concentrated on in Android 4.4 was performance – oh, the high-end devices should perform faster in multitasking, optimize memory better, with faster and more accurate touchscreen performance…switching faster between applications, etc.  But, one thing they really touted was the ability for Android 4.4 to work efficiently on low-end devices; ones with as little as 512MB of RAM!  This should really allow a much smoother user experience with low-end devices…which are becoming the real profit makers for Android manufacturers in the emerging and overseas nations. 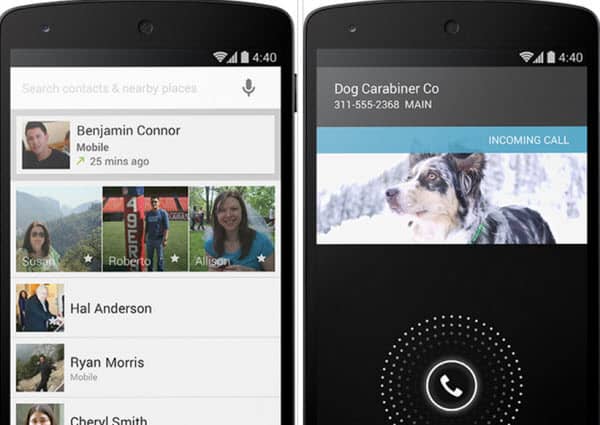 Sometimes we forget that these are still phones – well Android 4.4 has not forgotten and it will help your dialer get smarter.  When someone calls you and they are not one of your contacts, the phone will automatically check for the number against local listings using Google Maps and will let you know if it is a local business.  It will also prioritize your callers by who you speak with the most – pretty cool stuff.

Hangouts is now the new default messaging app, so all of our messages will be in the same place as SMS and Hangout messages will appear with each other – a sort of one-stop shopping. And also we will experience Emoji – so much fun, you will have to try it! 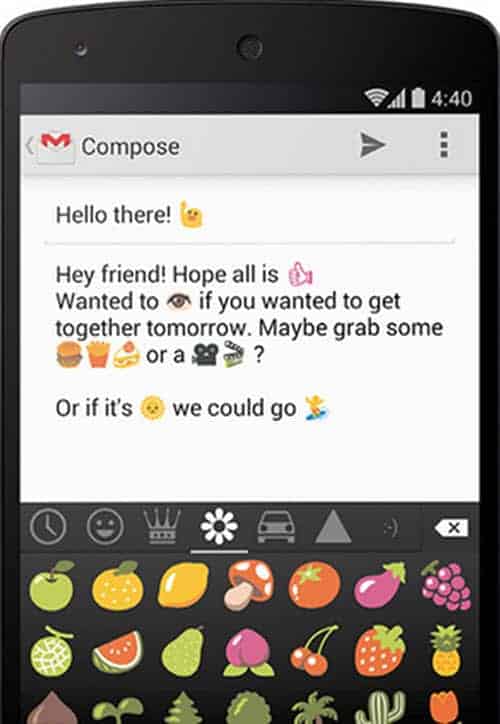 A couple more items to mention are NFC – Google Wallet can now be used without a secure NFC chip, so this opens its use up to all phones with NFC capabilities and maybe now Google Wallet will take off like they had hoped. Also, Bluetooth will include two new profiles – HID over GATT, which provides the ability to connect to low-powered devices, such as mice, joysticks, and keyboards, and Bluetooth MAP to exchange messages with a nearby device, among other things. Speaking of wireless, IR Blasters are now supported for native Android, so for those with a Google Play edition device, start blasting away.

These were just a few key items to look for in Android 4.4 KitKat, because there is so much more written into that code. Let us know in the comments or on Google+ what you think of the new KitKat version of Android.