For the first time, we are finally seeing some concrete information showing what KitKat has in store for users and developers. Thanks to a series of DevBytes Videos, we now have a much clearer look at some of the features that Kit Kat will be bringing to users. The videos are quite long and aimed at the developer community rather than the typical user. We have taken the liberty of combing through the videos and summarizing some of the new features.

This confirms many previous reports that Kit Kat will work on lower end hardware. It is official that Kit Kat will only require 512 MB of RAM. New API calls have been implemented to allow for developers to easily determine if the device is a lower end unit and allow them an elegant way to scale back memory intensive features.

In order to allow developers to better understand their memory use, they will now have access to a new suite of tools to allow them to see how their applications handle memory.

Most current phones are being released with 1-2 GB of RAM however this is not the case in developing countries. Even with this low memory requirement, I would not expect to see an official Kit Kat upgrade on your aging HTC EVO 4G even though it should work. 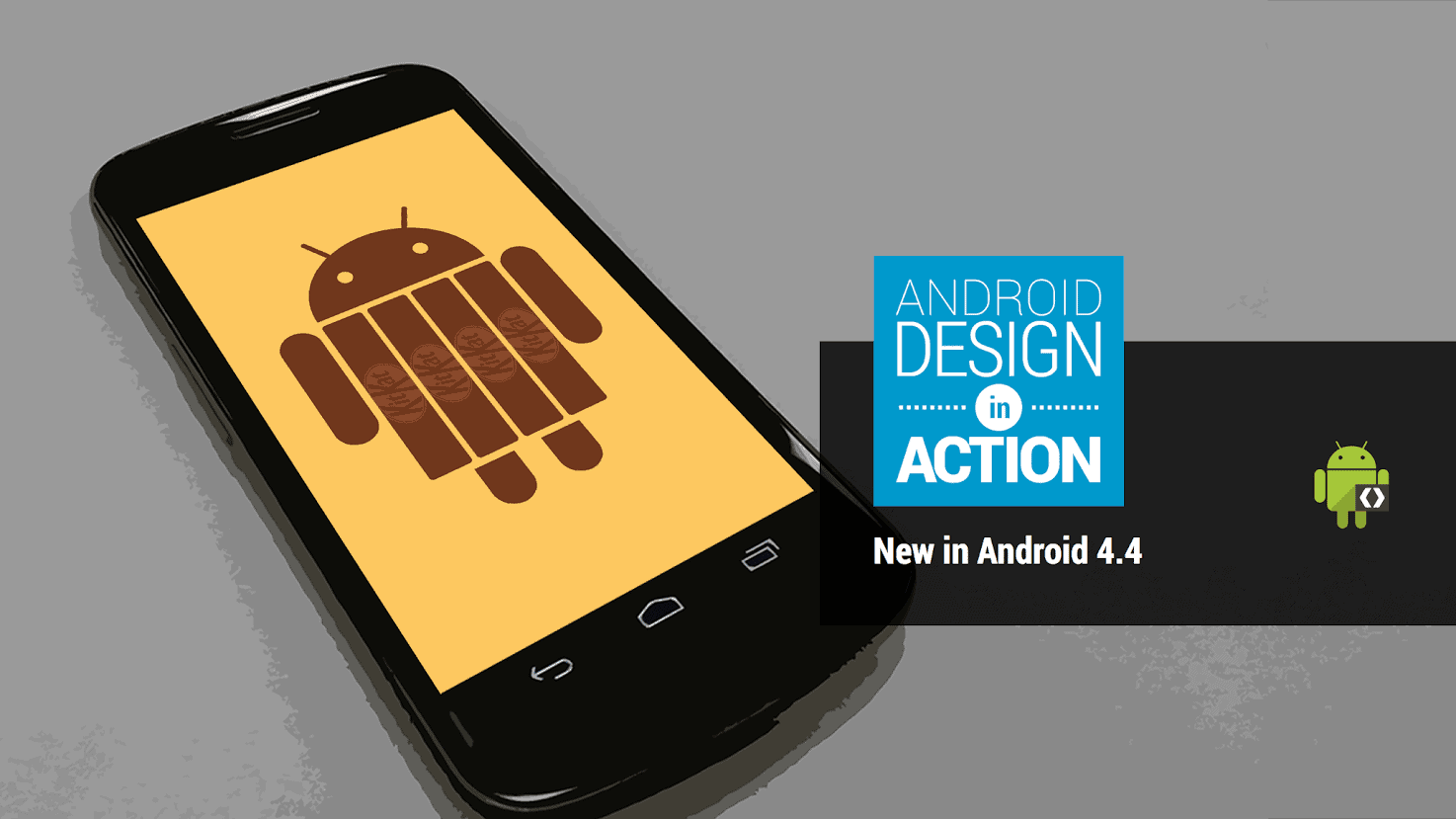 New API calls for a new Immersive mode have been added to allow applications to hide the top navigation bar and bottom navigation elements in order to take advantage of the entire screen. This should be a blessing for high graphic games who had to hack together a way to do this in the past.

There is now an easier way to perform visual transitions rather than requiring developers to code them up from scratch.

A global closed captioning system has been added to the accessibility manager. Developers simply need to pass in a VTT file and the new API will automatically handle the display according to the user preferences

In the past, developers had to record videos with one of many hacks/root methods. Other options involved holding a camera over your phone. Android 4.4 now has native support for screen recording. Expect to see A LOT more demo videos in the Play Store 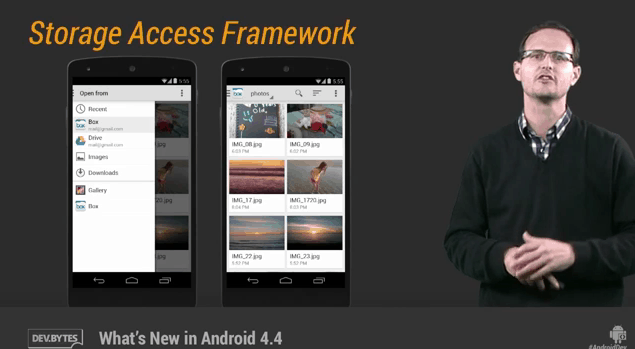 Android currently lacks a universal way to browse files when needed by an application, users normally need to install a file manager. One example of this is uploading a file in Google Drive. A new method can be called to allow users to not only browse local storage but cloud storage as well.

Developers may also register their app as a Storage Provider which should appeal to cloud storage providers.

This was actually leaked a few weeks ago. Please refer to the previous post for more details

Several new Low Powered Bluetooth Profiles have been added including support for bluetooth MAP. This allows for newer Keyboards, Joysticks and Mice to take advantage of the low power features.

This was actually leaked a few weeks ago. Please refer to the previous post for more details

This allows for true NFC Emulation and Payments without the need of the “Secure Element”. We should be seeing a return of NFC payments to the 2013 Nexus 7 tablet. To make this even better, the HCE mode allows KitKat to clone/impersonate almost any NFC device such as those used for door locks.

New official IR Blaster APIs are available for devices that have a IR Blaster.

Sensor values can now be read in batches rather than real time.

This is just a small taste of some of the new features heading to KitKat in the near future. Feel free to watch the videos below if you want to take a deeper dive into the platform.