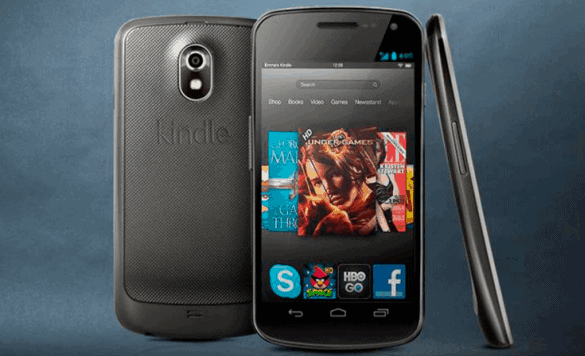 You know what they say, "Where there's Kindle(ing) and smoke, there must be fire," and that is exactly how Amazon's Kindle Phone is developing in the news, especially when a spokeswoman told Computerworld, ""We have no plans to offer a phone this year, and if we were to launch a phone in the future, it would not be free." That is what is called plausible deniability and certainly means that the Kindle Phone will eventually be launched. Hacker News released some "insider's details about the Amazon Phone" several hours ago. 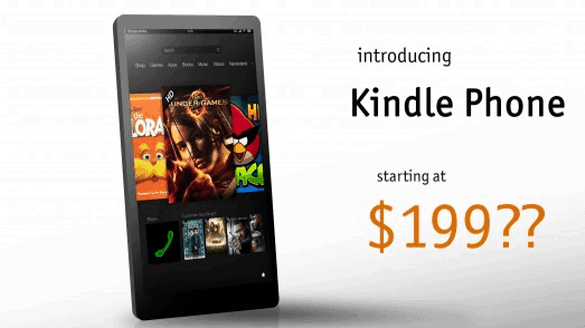 According to these details, there will be two versions of the phone; a cheaper model to be released by the end of the year with basic features similar to the Kindle Fire software, called FireOS – an Android based OS heavily disguised by Amazon. However, it seems as though the entire Kindle Phone project has been pushed back to where we most likely will not see a Kindle Phone until 2014.

The second version would be a flagship style phone, code named "Smith," featuring a 3D User Interface (UI), by using four, front facing cameras, one at each corner of the phone that would track the user's eye and head movements causing the UI to give the impression of 3D – the screen, itself, would not be 3D.

Sources say that Amazon hoped to have the phones launched already, but difficulties with both hardware and software are causing delays, not to mention the high turnover rate of employees at Amazon, one of the highest within tech companies. Because of this, several engineers were pulled over to the Phone Team, leaving other projects understaffed.

They are trying to perfect the software to focus on only the user's face, in case there is more than one person starring at the phone, as well as including image recognition – allowing the user to take a picture of any object and search the Amazon.com database for products that are similar. This may allow Amazon to price the phone cheaper if they believe they can sell extra products when customers use their phone to shop online.

Obviously, no details are known about the hardware specifications, but an Amazon Kindle Phone is an intriguing idea, perhaps combining the capabilities of a smartphone with those of a Kindle Fire – a sort of phone and reader, connected to Amazon.  However, there are many logistics to work out as far as choosing a carrier, only Wi-Fi, or combine it with 3G or 4G LTE, and all of the phone patents involved – it may be late 2014 or early 2015 before we hear from an Amazon Kindle Phone.