A few weeks ago, Amazon announced their new line up Kindle Fire tablets which are running on an Android fork known as FireOS 3.0 "Mojito" OS. These new Kindle Fire HDX's have some pretty spectacular specs actually. But as many of us have said, it's a shame it doesn't run stock Android or even just a skinned version. The Kindle Fire HDX is packing a Snapdragon 800 processor with a 1920×1200 resolution 7-inch display. It's also 9mm thin weighing in at about 303g. The $16GB version starts at $229 with their "special offers" aka ads. Without, it'll cost you $244. Which really isn't a bad price in my opinion. If you add another $100 you can get the Verizon or AT&T LTE model, or the $32GB for $269/288 and the 64GB for $309/324. 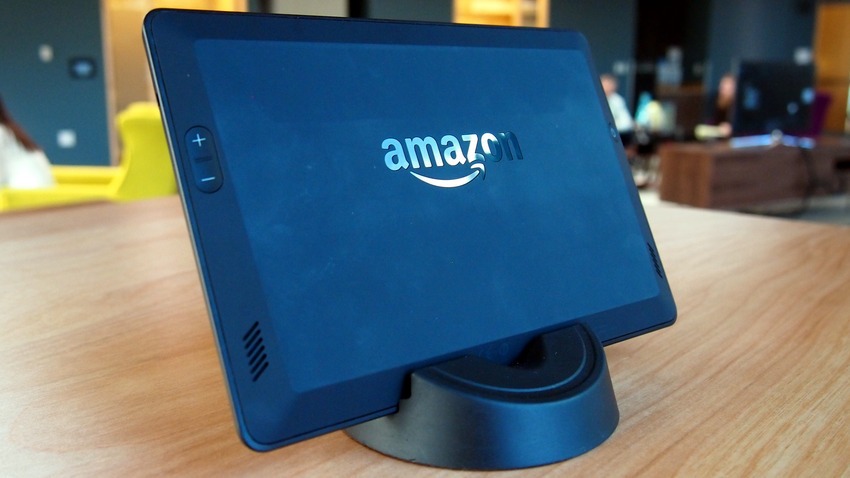 The Amazon Kindle Fire HDX is running their Android-based FireOS 3.0, which does have some changes, and the initial reviews all said that the devices were pretty fast and responsive. If you're already tied to Amazon's services and content, then this is probably a great buy. But if you are tied to Google's services like Gmail, Play Store, Drive, etc., then you may want to opt for the Nexus 7 instead as it will have all your Google services and be a bit cheaper. Although it doesn't have the Snapdragon 800 inside.

We haven't yet gotten the Kindle Fire HDX in for review, but we should have one soon. Then I can share what I think about their new Kindle Fire line. Right now, it's a pretty good looking tablet that is probably suitable for most people. The Kindle Fire HDX will be hitting the UK on November 13th, and heading up North to Canada on November 26th.

How many of you are going to pick up the Kindle Fire HDX 7-inch? Let us know what you think about this tablet in the comments below.

Trusted By Millions
Independent, Expert Android News You Can Trust, Since 2010
Publishing More Android Than Anyone Else
25
Today
86
This Week
464
This Month.
464
This Year
110639
All Time