We are not sure how he does it but the well known leaker of new hardware, @evleaks is at it again, this time leaking a new tablet from the manufacturer Alcatel. The new tablet known as the Alcatel One Touch POP 7.

The details are slim on this tablet however we do know that this will be another 7 inch slate that will be designed to be one of the most thin tablets on the market. The tablet will come in a heaping slew of colors to appease those who want their tablet to match the color of their car. As far as specifications, we can expect a low to mid range tablet, likely running Android 4.1 or Android 4.2. Alcatel is not known for high end tablets and normally launch with older versions of Android on them.

As with the later Alcatel devices, we can expect these to have full access to the Google Play Store and run a skinned version of Android. 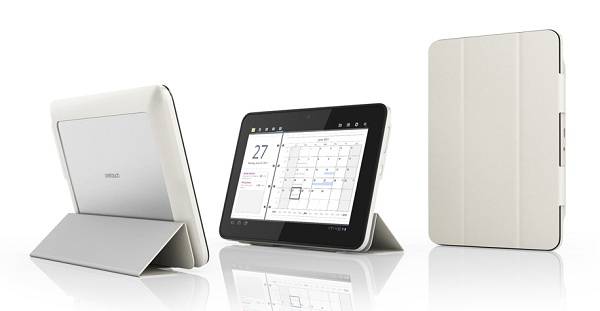 Based on the leaked press images, we can confirm that the tablet will support a front and rear camera. Unfortunately the colored backing does not extend to the front of the tablet as the bezel is a solid white. Speaking of the bezel, it is quite large when you compare it to the Nexus 7. Alcatel’s branding is prominently displayed on the center of the rear of the tablet.

We are not sure when this tablet will hit the market. It is possible that this may be announced in time for your holiday shopping however it is also possible that this tablet may be unveiled at CES 2014. Alcatel is not known for their large press events and normally show all off their latest hardware at trade shows or via simple press releases. The leaked photo does appear to be a polished press shot so it is likely to be released before years end.