Microsoft and Windows started out in a very basic form, still running DOS underneath a Windows shell in an effort to compete with Apple’s fluid “windows” OS – it was never even a close contest as Apple won by a mile. Today, especially in the past few years, with Windows 7 and now Windows 8, it has really matured into a true competitor on a PC or laptop. Where Microsoft and Windows have been struggling is in their smartphone and tablet area, as they try to get a compatible OS across product lines, such as Apple has done with their iPhones and iPad and Android has done with their Smartphones and tablets, all running the Android OS.

This cohesiveness makes it much easier for both the user and the application developers – basically, the same menus and options on both devices. With Microsoft, both critics and users were wondering what they were thinking when they produced Windows RT? Well, according to Paul Thurrott’s Supersite for Windows, Microsoft engineers may have been thinking the same thing!  Windows is soon pushing out its new upgrade, Windows Phone 8 GDR3 build, but Thurrott jumps ahead to what really excites him, what is coming AFTER that upgrade, Windows Phone 8.1, code named “Blue” (what else) and due sometime in 2014. If his source is correct, it will address some of the issues in the current rendition and introduce some surprising changes.  Thurrott does warn us that this information is from a single source, but he felt it warranted the exposure.

Thurrott is obviously a lover of the Windows platform and even says he feels it is superior to all other platforms – he gives Apple their due, but dismisses the Android OS, and claims the latest polls show that the Windows is second, only to Apple in customer satisfaction, but only sites his source for his figures. He cites:

For example, in a recent Bloomberg Businessweek interface, Apple CEO Tim Cook said that “when you look at things like customer satisfaction and usage, you see the gap between Android and iOS being huge.”

Well, he’s right about that. But customer satisfaction in iOS/iPhone is also much better than that of Windows Phone, which sits at only 53 percent, according to my source. This is higher than that of Android, so Windows Phone is number two. But it’s not anywhere close to iOS.

He also claims that the main reason for Windows Phone users’ dissatisfaction and returns of their product is the lack of applications for the platform.  He was told that Microsoft claims they are only 10-12 key apps away from achieving their goal – but Microsoft has been saying this for the past two years, and even paid the developers to produce apps for the Windows Phone.

With Windows Phone 8.1 he hopes there will be the long awaited notification center, but some of the more exciting things he focuses on:

So there you have it – Microsoft’s recent acquisition of Nokia and their desire to sell an “iPhone” like product should prove to be interesting over the next year or so, especially once Windows Phone 8.1 is release sometime in 2014. Using the same OS on both smartphones and tablets will make it easier for developers to produce those 10-12 apps that Microsoft believes they need to be competitive. Sounds a little too simplistic of a solution for me, but time will prove Microsoft right or wrong. 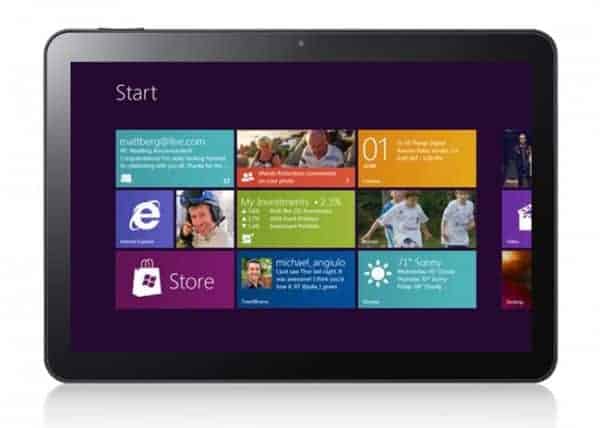