I know what you are all thinking; What does this have to do with Android? Patience grasshopper, we will get to that shortly.

It is official, Ubuntu has released their latest iteration of their popular Operating System to the masses earlier this morning. 13.10, also known as Saucy Salamander has hit all of Ubuntu’s download mirrors and repositories.

If you are a Desktop or Server user, you will likely not notice too many differences with the exception of A LOT more Unity Scopes to help augment your online searching experience. There are a few under the hood enhancements to allow the Unity launcher to feel a bit faster and increase overall responsiveness. 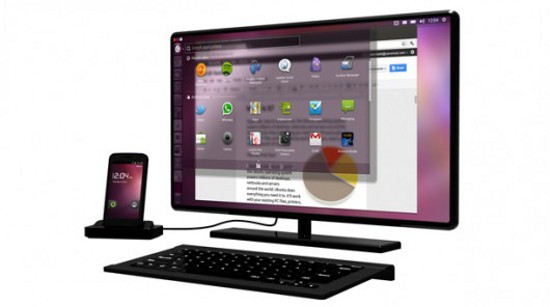 The biggest change would be for mobile users thanks to the Ubuntu Touch initiative. The  mobile version of the operating system was crafted to compete directly with Android and iOS by offering users a fast, fluid and responsive platform. Ubuntu Touch uses a few simple gestures to control navigation and multi-tasking. While I do not see this hurting Android’s market share in the near future, it will help the adoption of SmartPhones in parts of the world where Ubuntu is the dominant operating system. Ubuntu Touch may be flashed on a GSM (not CDMA) Galaxy Nexus, Nexus 4, 2012 Nexus 7 or Nexus 10.

I have personally played around with Ubuntu Touch and there were a lot of things that I liked about the operating system but the upcoming “Desktop Convergence” features will make Ubuntu Touch stand out in a league of its own. The premise of Desktop Convergence is allowing your SmartPhone to also become your desktop computer when docked in a docking station and connected to a larger display. This feature will be launching in a future release.

Ubuntu has a long history in the Android world as most Android ROMs are built using Ubuntu as the build machine. It is also favored among Android application developers as it works perfectly with the Android SDK.

I am planning on picking up a Galaxy Nexus this weekend to install this build on and will hopefully be able to bring you a full review in the future. As a person who uses Ubuntu as his primary desktop operating system, I am happy to see this finally out.