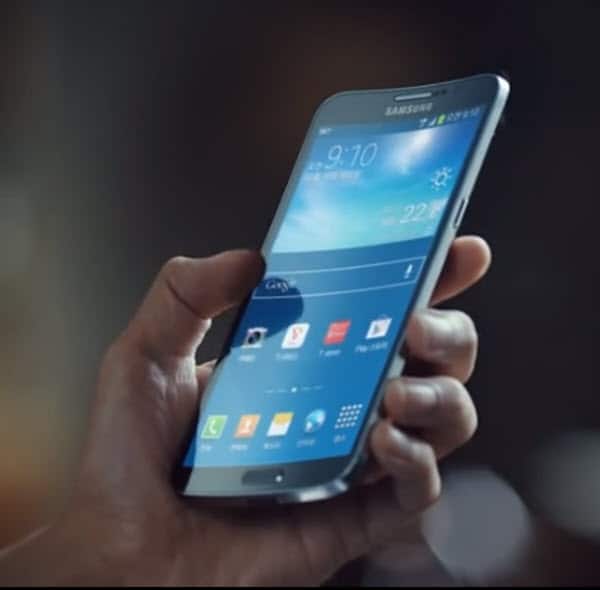 Experimenting with flexible and curved displays has been going on for years…but only recently are we seeing them come to fruition in both TV screens and smartphones. Up until this point, the display was actually flat and only the glass was curved. Today, the actual display itself is curved, and according to Dr. Raymond M. Soneira, President of DisplayMate Technologies Company, it makes a significant difference. He dispels the belief that the curved displays Samsung is using on its new Galaxy Round are just a sales gimmick, but they are indeed a major and important advance in display technology, especially in a handheld smartphone.

A truly curved display is now possible because the manufacturers now have available thin glass that can easily be curved as well as advancements in display manufacturing for both OLEDs and LCDs, although, more importantly OLEDs, because they can actually be made flexible and not merely shaped into a curve, like the glass. In the case of the Samsung Galaxy Round, a flexible OLED display is bonded to a curved glass "cover." Because the OLED screens of the Galaxy Note 3 and the Galaxy Round are identical in every respect but shape, DisplayMate.com, was able to compare them side-by-side and subject them to extensive testing. Not only that, but Samsung also provided a free standing flexible display of the same size to further compare to the other two displays.

The curve of the Galaxy Round is very subtle – only .10-inch higher in the center, so the effect is subtle, but this concave display provides several useful functions:

According to Dr. Soneira, the displays of the Galaxy Note 3 and Galaxy Round have about 5-percent Reflectance, and are some of the lowest he has ever measured for mobile displays – but the one way to really cut down on screen reflections is to introduce a small amount of curvature, like on the Galaxy Round. The concave shape cuts down on reflections two ways:

One result of a curved screen, like the Galaxy Round, is that it magnifies the size of all objects it reflects, and as a result, it cuts further down on the amount of light reflections from ambient light in three ways:

The curved Galaxy Round already performs extremely well when held like a Smartphone, so I explored how the three displays looked when lying down on a table. The curved Galaxy Round performed better than the flat Galaxy Note 3, but with some minor bending of the flexible display I was able to further reduce ambient light that was washing out the screen, including an annoying overhead table light. Flexible displays will have lots of applications, but a very important one is improving screen visibility by subtly bending away distracting light reflections. Curved is great but bendable is even better. 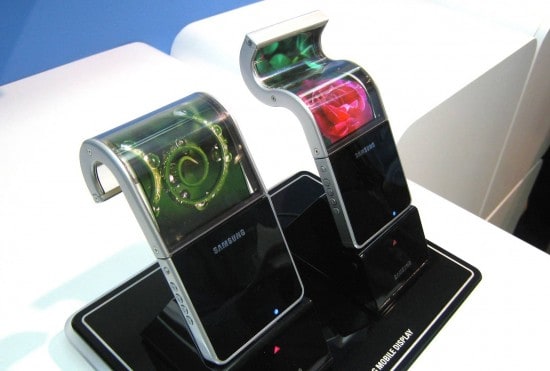 The Flexible OLED displays are manufactured using a flexible plastic substrate, so they do not have the shiny glass cover used on almost all displays and this provides three advantages:

Dr. Soneira concludes that Samsung's concaved display is much more than a marketing gimmick, but a truly important and major innovation in future smartphone technology. That small curvature plays a significant role in reducing interference from reflective ambient light. It significantly "improves screen readability, image contrast, color accuracy, and overall picture quality." He also foresees increased battery life because the screen brightness can be reduced.

Samsung told him that the Galaxy Round was only released in Korea because of the availability of the displays, but as production increases they will find their way into other countries. Samsung is taking the first step from flat to rounded displays, but that will eventually carry them to the full flexible displays. It will take several years before true flexible screens will be used in actual production smartphones, but while round is good, flexible is better.