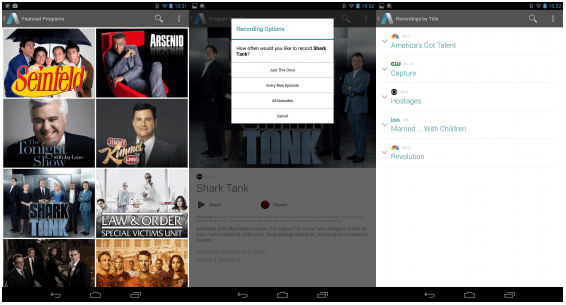 A few hours ago, Aereo finally launched on Android. Surprisingly before iOS. They already have my respect for doing that. Aereo is having a pretty small rollout. At launch it's available in New York City, Boston, Miami, Atlanta, Dallas, Houston and Salt Lake City. But it looks like it'll be available in Detroit on October 28th. So I'll be able to check it out next week. Aereo isn't available for every Android phone either. It's available on any Android 4.3 and above device. 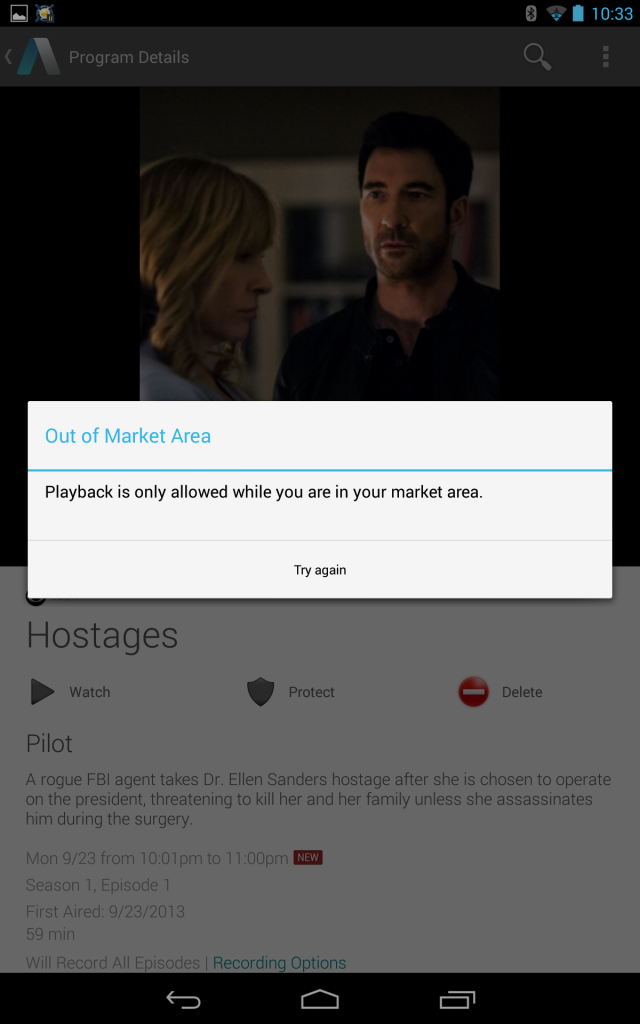 Basically Aereo uses a bunch of tiny antennas to stream broadcast television to subscribers in a similarly limited number of markets, which we listed above. As one of our writers, Keith, found out earlier tonight. Even if you live in a supported market, but are not currently in that market, there's not much you can do besides record shows. However, that's still an awesome feature. Basically Aereo allows you to watch live TV. But these are just your local channels like NBC, CBS, The CW, ABC, etc. It also allows you to download up to 20 hours of content to watch later on. So it's like turning your phone or tablet into a DVR. Which is pretty darn cool. 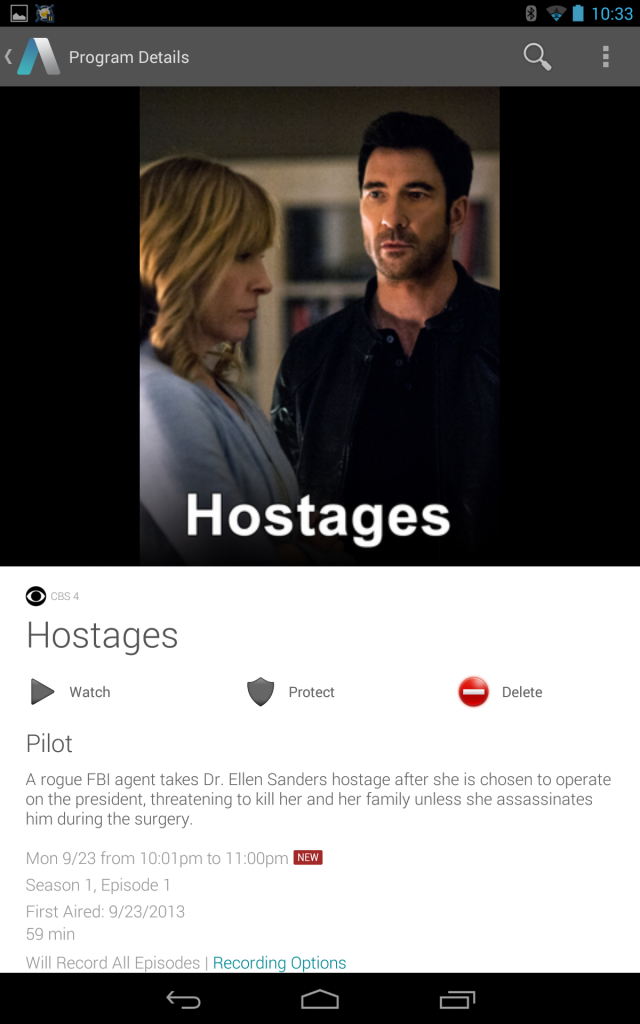 I don't watch too much TV, but there are a few shows I watch that aren't available on Netflix or on their websites to watch later on. So I'll have to give this a try. For just $8 per month, it's definitely a great deal. That's about the same price as what you pay for the streaming-only plan from Netflix. So not bad at all.

There's no word on an iOS version yet, but I'm sure it's coming. Aereo is actually in a big legal battle with broadcasters who want to shut down the service, however so far the courts have ruled in Aereo's favor which is awesome. You can find the Play Store link down below if you want to give it a try.