Apparently Adidas wasn’t happy with Nike getting all the attention with the new Fuelband SE so they decided it was a good moment to launch its own smartwatch called miCoach SMART RUN. I don’t know why they decided that the device needed a name in capital letters but hey, we’ve definitely seen worse names.

The SMART RUN is not intended to be thought of as a smartwatch like the Pebble or the Galaxy Gear, which we recently reviewed, instead, it’s a fitness device aimed at runners, as stated by Paul Gaudio, Adidas’ head of interactive, at GigaOm’s Mobilized conference in San Francisco. The smartwatch has a GPS and a built-in heart rate sensor (both expected sensors on a high-end fitness device) to provide personal coaching based on the users data through the SMART RUN’s screen and through audio via Bluetooth headphones.

One of the things we’ve seen so far in smartwatches is that if you don’t pair them with a smartphone, they don’t do much by themselves other than tell the time. Gaudio says that the watch will act as a standalone device including audio player capabilities. 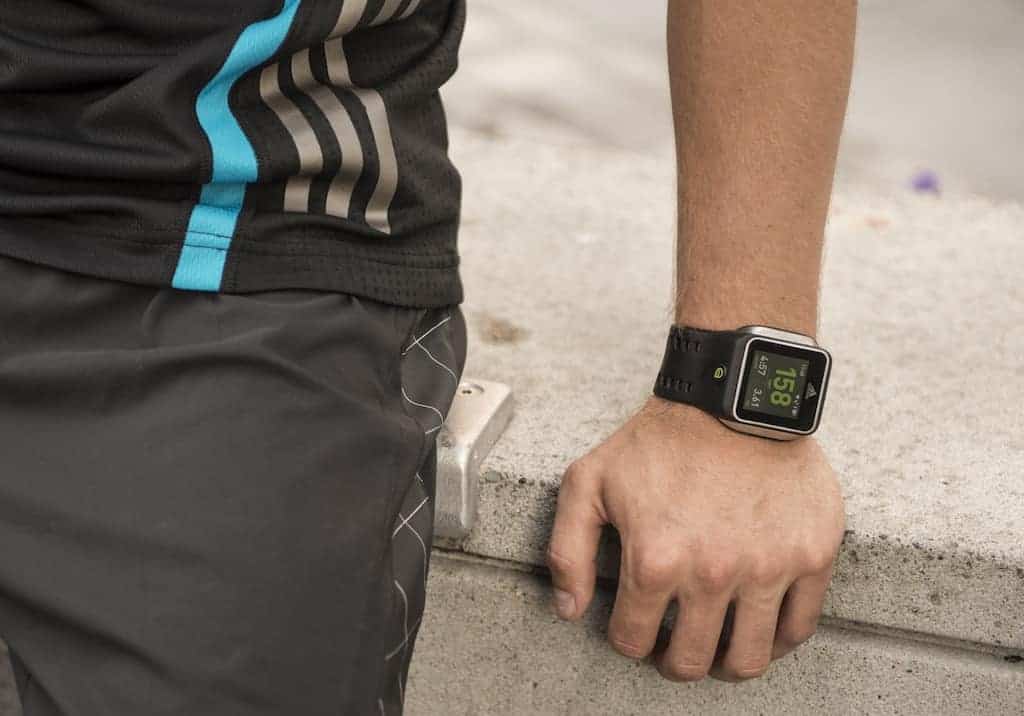 The device is running Android 4.1.1 JellyBean with a custom skin on top of it, all in a 1.45 inch display with capacitive touchscreen at 184 x 184 resolution. Adidas claims the SMART RUN can last for two weeks if you use it just as a watch which they call “casual mode”. This mode collects no health data at all so you basically have a really expensive watch. There are two other modes differentiated by the frequency of data collection. “Marathon” will give you data every 5 seconds and will last for 8 hours and “Training” gives you data every second but lasts only 4 hours, although that might be ok for a training session if you charge it afterwards. A full recharge takes about 4 hours. 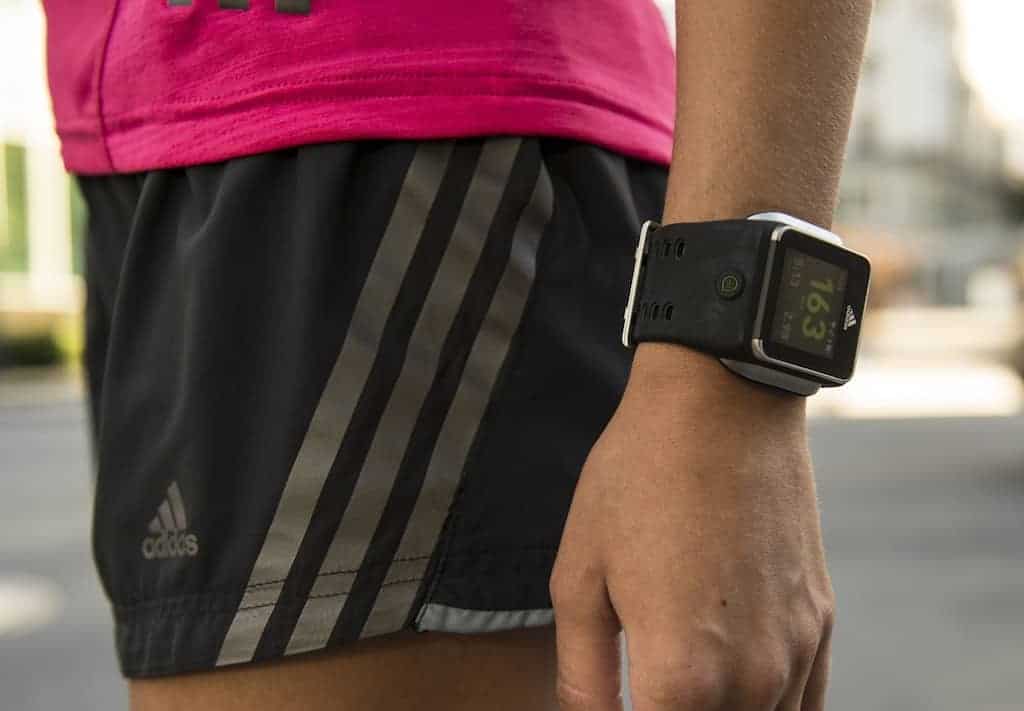 The SMART RUN is by no means a small watch, measuring 15.6 mm thick and 48.4 mm wide is almost as wide as the Pebble but twice as thick. Adidas spent no expense on the materials with a magnesium backplate and Gorilla Glass for the display, unfortunately, all of this is shown on the very high price tag.

It’ll launch on November 1st for $399 but Adidas is not trying to make a mainstream device, it’s trying to sell “the smartest running watch”. The smartwatch arena is beginning to get crowded, with the recent launch of Sony’s SmartWatch 2 in the US, the Galaxy Gear and of course, the Pebble.