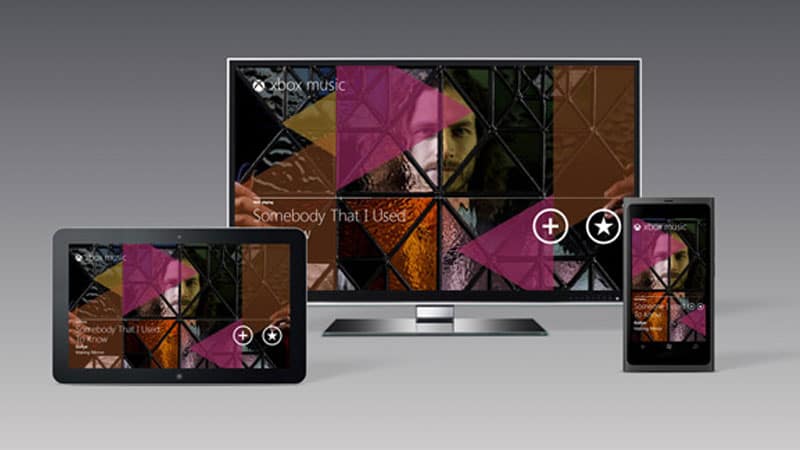 It's been a rocky road for Microsoft and Digital Music. While they were once struggling with Apple and the iTunes store, it seems that now they're struggling against everyone else and subscription music. Of course, this isn't the first time that Microsoft find themselves late to the party. With Xbox Music, the company is trying once again to let their users know that they actually do provide music like everyone else. Tying in to Windows 8, Windows Phone and of course, the almighty Xbox, Xbox Music makes a lot of sense. However, even Microsoft cannot survive offering their services to just their own platform. With that said, Microsoft is finally launching Xbox Music on Android and iOS.

The Android app is available to download from the Play Store right now. You'll need an Xbox Music Pass to use the app however, web-based music streaming is completely free for the first 6 months. However, this does feature ads and once your first 6 months are up, you'll be limited to the amount you can stream each month. Pricing for the service itself is relatively run-of-the-mill, with an Xbox Music Pass costing $9.99 a month or $99.99 for a whole year. As is the norm with Xbox products, you can also buy redeemable vouchers at department stores, just like Xbox Live subscriptions.

The Android app is pretty sparse right now, and feels very much like a generic music application, however Microsoft have said that they'll be updating these apps "every 4 to 6 weeks". Which isn't entirely unreasonable. While the UI is very Xbox-esque, there is a hint of Holo in there, which is nice to see. Android users like us are a little spoiled thanks to Google's "All Access" however, if you're a big Xbox fan, and your beloved console is at the heart of your entertainment, this might not be a bad idea. There's a free one-month trial available and playlists you create sync across your Xbox, PC and devices. Also, if you're looking ahead to the Xbox One launch, the service will be available on the next-gen console from launch.

Overall, this is more something that die-hard Xbox fans will want to look into as it's safe to say that big Android fans have likely left most of Microsoft's services behind at this point. Needless to say, more choice is always a good thing and it's good to finally see Microsoft releasing Xbox Music on more platforms. Have you guys signed up? If so, let us know what it's like in the comments below.