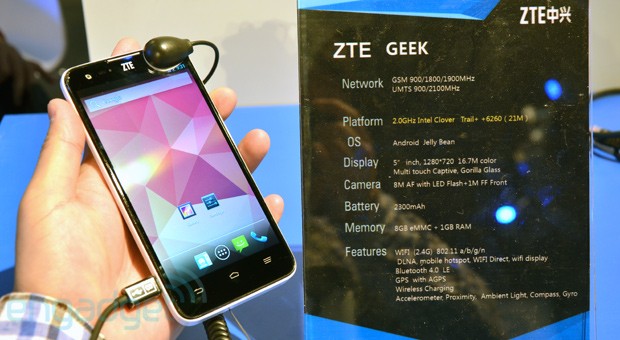 The ZTE Geek has had a troublesome start. It initially started out as an Intel Atom-powered smartphone, a dual core “2 Ghz” one, even though I’ve explained before calling it that is very misleading because it uses its Turbo-Boost speed for marketing purposes, instead of its real base clock speed, and even reminds me of when Motorola’s CEO called the dual core 1 Ghz Tegra 2, a “2 Ghz processor”.

But then something happened, maybe the processor wasn’t fast enough or wasn’t power efficient enough, and ZTE decided to go with Tegra 4 instead, also a pretty strange decision considering Tegra 4 is a “tablet chip”, and not a true mobile/smartphone chip.

It might’ve had something to do with the GPU performance, because Intel Atom’s GPU performance was way behind the competition (and still is with Atom Bay Trail/Silvermont). What gives us this clue? The fact that ZTE Geek will now be powered by a 1080p display, when before it only promised a 720p one. That’s 2x the pixels it needs to handle, and most likely the Intel Atom chip wasn’t good enough for that, or not very efficient at powering such a high resolution with its weaker GPU. 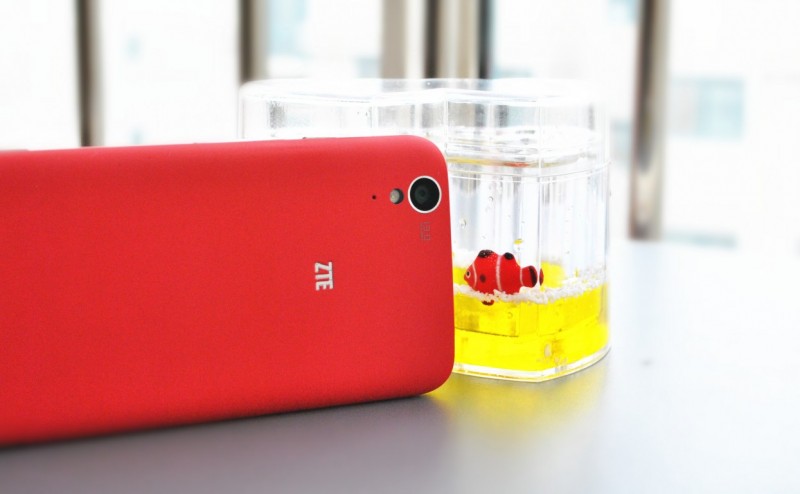 Tegra 4, as we’ve learned since CES, has a very powerful GPU, up there with Adreno 330 (Snapdragon 800), and Apple’s A6X and A7 GPU’s. It’s a powerful GPU, although it’s starting to really strain that old Tegra 2/Geforce 6 GPU architecture, and it’s also why it can’t use OpenGL ES 3.0. Nvidia’s modern GPU architecture will be the mobile Kepler GPU, planned for Tegra 5 next year.

There’s still quite some time left until that happens, but hopefully it will be a true mobile/smartphone chip, and not a tablet chip again. I’m worried about it on the CPU side, though, especially if they aren’t moving to the 20nm process node, which will keep the chip more inefficient than competition again, which should move not only to 20nm, but also to the ARMv8 architecture, while Nvidia will probably stick with Cortex A15 on the CPU side, as they are waiting for their own custom ARMv8 CPU for Tegra 6.

As for the ZTE Geek, it will be stuck with a Tegra 4 chip, which already isn’t that efficient, and a pretty small 2,300mAh battery, along with 2 GB of RAM. It will have a price tag of $308, though, which isn’t too bad if you want a high performer on a budget.