Skip to content
Trusted By Millions
Independent, Expert Android News You Can Trust, Since 2010
Publishing More Android Than Anyone Else
59
Today
142
This Week
59
This Month
963
This Year
127069
All Time 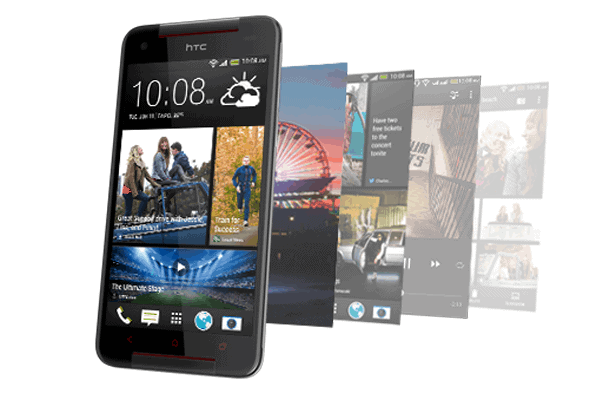 The HTC Butterfly was released in Asia about a year ago. It was the first smartphone to be released with a 1080p screen, marking a milestone for the computers in our pockets. The Butterfly was originally launched in Japan, and then made its way to Taiwan. The only place the HTC Butterfly showed up in the States was on Verizon, as the Droid DNA. It wasn’t a runaway success here in the U.S. but it was a good device.

The Butterfly was followed up by the Butterfly S. The Butterfly S is a beast of a phone, taking some of the best features from the HTC One like BoomSound and HTC’s UltraPixel camera, and pairing them with a bigger 5-inch screen. The form factor was the same as the Butterfly/Droid DNA. The battery is absolutely huge on the Butterfly S, coming in at a whopping 3,200 mAh. That’s the same size battery that Samsung packed into the new Samsung Galaxy Note 3. The HTC Butterfly S never made it on to U.S. soil but is doing well in Asian markets.

Now we’re hearing about the successor to the Butterfly S, the HTC Butterfly II. I know, it’s technically the third in the Butterfly series. Just ignore that. Chinese blog ePrice is saying that the Butterfly II could be launching next January. HTC is upping the specs on this one, and looks to be going after the LG G2. The Butterfly II is rumored to have a 5.2-inch, 1080p display. It should be powered by a Snapdragon 800 SoC, and it’s supposed to be waterproof like Sony’s new Xperia devices. If the display on the Butterfly II looks anything like the 5.2-inch screen on the LG G2, sign me up.

We don’t know anything else about the Butterfly II yet. No word on the size of the battery, the camera specs, the amount of RAM, or the internal storage. We’re still a few months away. We’ll hear more about this phone as it gets closer to January. Unfortunately, it will probably never make to the U.S. either. Guess we’ll have to wait and see.