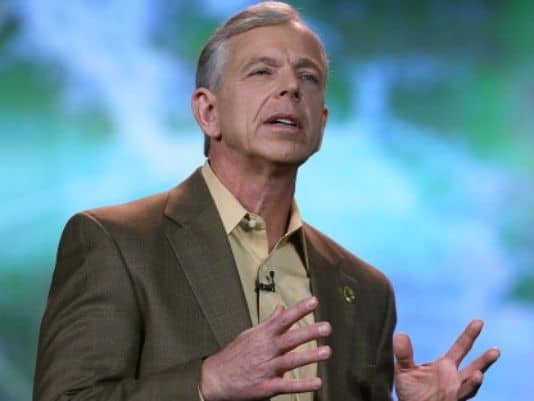 For us smartphone lovers, 4G has become a pretty big part of our lives and with so much of what we do being online, having the ability to do what we want on the go is pretty important. However, Verizon users have found out over the past year that small data allowances just don't make sense on 4G plans. While T-Mobile and Sprint are still offering unlimited data plans, Verizon threw in the towel and moved to a tiered pricing structure some time ago.

Speaking to investors, Lowell McAdam, CEO of Verizon, said that unlimited data plans just aren't feasible. Saying that "With unlimited, it's the physics that breaks it. If you allow unlimited usage, you just run out of gas." McAdam's point is that, in his eyes, unlimited data plans just don't work on today's networks, citing once again that the spectrum just isn't there for carriers to put up with "bandwidth-hogging" video services.

While T-Mobile and Sprint also offer better deals compared to Verizon, he went on to say that Verizon "never has and never will lead on price" saying that his network won't stoop to the same levels as Sprint and T-Mobile, as CNET is reporting.

As always though, McAdam was more than happy to talk about the superiority of Verizon's network, stressing that he feels Big Red offers a much better service than its rivals. Implying that such reliability is worth the extra cost. Many Verizon customers might be inclined to agree with them but, the US of A is a big country and nobody's perfect. With AT&T closing the "reliability gap" with Verizon every day.

Speaking about the mobile industry in general, he hoped that the BlackBerry sale would give the company the boost it needed to bounce back and that the Microsoft – Nokia deal would deliver devices with both quality software and hardware. Where do you stand on this? If you're with Verizon or have just switched, we'd love to hear from you in the comments below!