Samsung took the wraps off the highly anticipated GALAXY Note 3. Staying true to form, the GALAXY Note 3 represents a major upgrade from its predecessor. Everything from hardware design to software functionality has been upgraded making the GALAXY Note 3 among the top smartphones of 2013. The GALAXY Note 3 packed so many features worth mentioning that it was hard to make a short list but let me quickly review the features that most appealed to me.

2013 is the year of the Ultra HDTVs and with them come a host of video recording capable cameras and smartphones to provide content. This means that video can be recorded on the GALAXY Note 3 and played back on an Ultra HDTV at 2160p. To put this in to perspective Ultra HD has a resolution of 3840 — 2160 (8.3 megapixels) which is 4 times the pixels of Full HD at 1920 — 1080 (2.1 megapixels).

A discreet front-facing 2 megapixel camera will provide 1080p video during video chat. The greater the resolution, the better the video chat or call experience for your partner. But don't forget the dual-view option that allows you to also capture video using the rear-facing camera.

The GALAXY Note 3 has a new 5.7-inch Full HD Super AMOLED display. The screen is bigger and brighter than that of the GALAXY Note 2 with a pixel density of 386 PPI. This means that you will not only have a crisper image but you won't have to squint at the screen under direct sunlight. The display is graced with Corning Gorilla Glass 3 and should provide greater protection for the WACOM-enabled digitizer.

The GALAXY Note 3 now supports 24-bit/192kHz Hi-Fi audio. In basic terms, you are now getting playback at studio quality levels. Before any argues a lack of subtle or no difference between current offerings of 16-bit/44.1kHz, your ears may not distinguish between them but your eyes do. Crazy I know! But the human body is just one of those miracles of design we may never fully understand.

Adaptive Display is a very simple. It changes the brightness or contrast of the screen depending on what you are viewing and the lighting conditions of your environment. This same technology will also adjust audio properties such as equalizer profiles based on the content you are experiencing. If you watch a YouTube video while cooking, the screen automatically switches to cinema and lowers the brightness while also switching from the default equalizer profile to one more suitable for movie playback.

Samsung stays the course despite the current trend by most tech companies to switch to a unibody design. This keeps the battery captive and forces you to send your smartphone in for a costly battery replacement. It also limits your smartphone memory to whatever it shipped with. The GALAXY Note 3 has a removable 3200 mAh battery and allows for a swappable MicroSD card up to 64GB. I for one always have a backup battery and alternate MicroSD to match either a work or play profile.

This WiFi standard is essentially an updated version of 802.11n or Wireless-N. 802.11ac currently has speeds of 1.7 GHz, limited by current hardware, but can reach a real-world maximum of 2.5 GHz. This means that the GALAXY Note 3 can work and play faster than most devices on the market provided you have a matching Wireless-AC router.

The GALAXY Note 3 now lets users do more with an enhanced Multi Window option. Owners can now launch the same app twice. Multi-Window also allows users drag and drop content, so it's easy to share from one window to another through quick command icons.

The new S Pen reinvents and modernizes the classic note-taking experience by enabling everyday tasks with just one tap and click. The advanced stylus is designed as a communication driver between the owner and their GALAXY Note 3. By creating essential input and control features, the S Pen plays an integral role in how one interacts with the GALAXY Note. 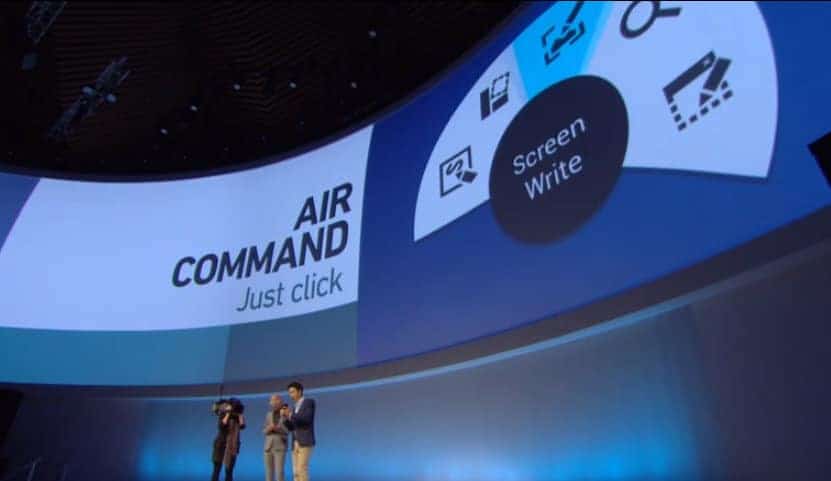 This quick access S Pen action lets owners quickly open up; Action Memo, Scrapbook, Screen Write, S Finder, Pen Window. You can access this from anywhere on the GALAXY Note 3 screen by simply hovering the S Pen over the screen and pressing the button on the stylus.

This option allows a GALAXY Note 3 owner to search for memos, contacts, and notes. S Finder even recognizes handwriting and symbols. The GALAXY Note 3 can even sync with and search through Evernote.

This option allows a GALAXY Note 3 owner to draw a square anywhere on the app being viewed in order to pull up and fill the drawing with a number of commonly used apps, such as Calculator.

Locate My Mobile displays the current location of the lost mobile on a map and tracks movement history during the last 12 hours. Lock My Mobile can remotely lock your mobile so that no one else can use the device. And finally, Ring My Mobile rings a bell for 1 minute at the highest volume regardless of the current sound settings.

For those of you who had a chance to program and use WatchOn, you know that the GALAXY S4 effectively becomes a smart remote control rivaling the pricey remotes sold by TV accessory manufacturers. Now this feature is unleashed on the GALAXY Note 3 with its greatly improved screen promising to make the GALAXY Note 3 a powerful Smart Remote.

This feature allows owners to control the GALAXY Note 3 by using gestures done over the upper part of the smartphone without ever making contact with the screen. Quick Glance lets you view basic notifications while the screen is off. Air Jump lets you scroll up or down in emails and webpages. Air Browse lets you browse images, webpages, songs, or memos. Air Call-Accept lets you accept calls by swiping over the sensor.

For those of us who are security-minded and want to ensure that a stolen smartphone doesn't become a liability, it is welcome news that Samsung has brought a global-ready version of KNOX to the GALAXY Note 3. Samsung KNOX essentially separates your smartphone in to two parts; personal and business. Neither side can interact with the other. Samsung KNOX provides Platform Security, Application Security, Mobile Device Management and Samsung KNOX for Enterprise.

While some may call this feature gimmicky, those who have used Smart Pause on the GALAXY S4 know that this a great feature. Just like Samsung's smartphone flagship, the GALAXY Note 3 can pause video playback when you look away from the screen. Samsung has worked closely with content providers to ensure that features that were once limited to in-house apps can now control 3rd party apps.

S Voice has been upgraded and a feature called S Drive has been added. S Drive is useful for those who must have constant access to their smartphone, even while driving. This feature does exist on the GALAXY Note 2 as Driving Mode which causes S Voice to read your texts, report who is calling, allows you to control your music player or open common applications by voice command. This option enables safer driving and, in some states, may save you from being ticketed by the police. 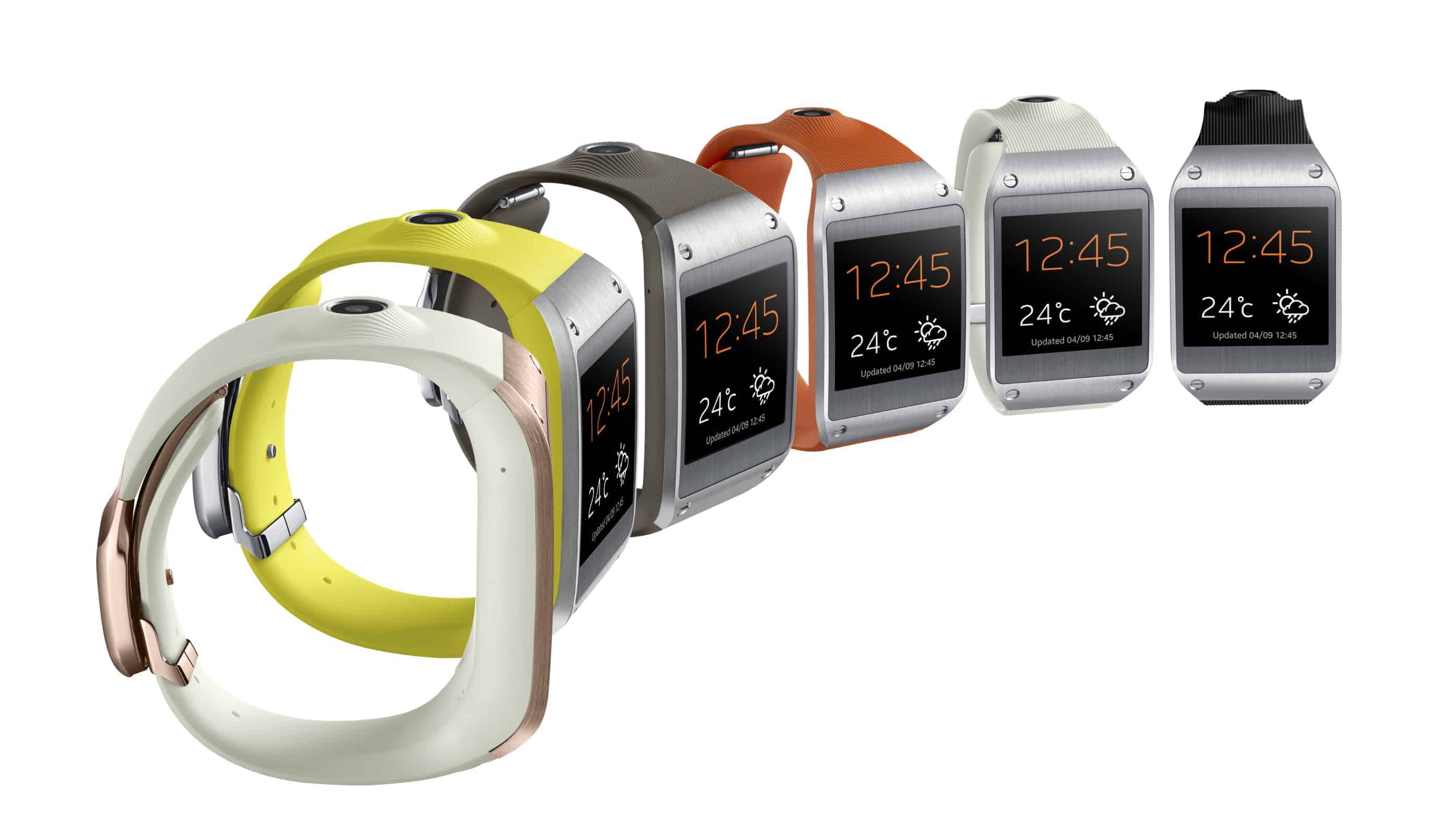