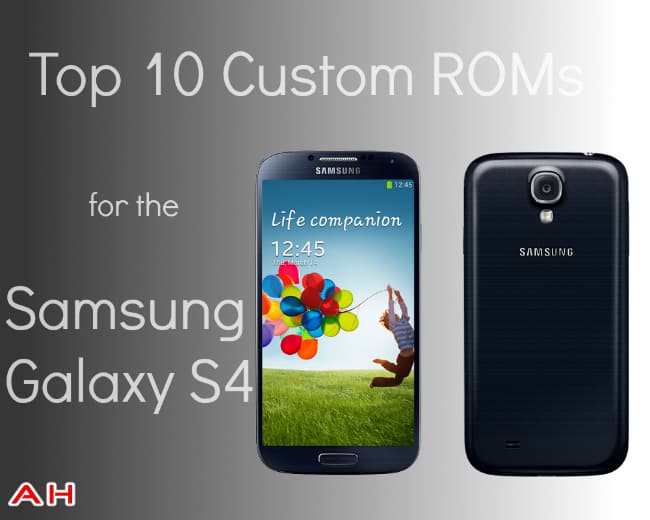 Last week we did our Top 10 Custom ROMs round up. And we found that many of the ROMs were AOSP and not all of them worked for all devices. So we're now going to top 10 roundups for many of the flagship devices, and showcase some lesser known ROMs that are pretty much only available for that particular device. This way you'll see more ROMs for your favorite device, and possibly some you didn't know existed. This week we're talking Galaxy S4 ROMs so let's kick it off with a bang.

Illusion is a mostly AOSP ROM for the Galaxy S4. It features a dark UI, along with dual pane, low battery warning cLock (from CyanogenMod), Custom hardware keys and much more. It's available for the T-Mobile, AT&T, Verizon and Sprint model, not to mention the Canadian S4 as well. So it'll work with plenty of Galaxy S4's which is great to see and hear.

This is a ROM that I saw heavily talked about in our comments on my post last week, so I decided to include it in this week's roundup for the Galaxy S4. BeanStalk is a ROM that's compiled and tweaked based on CyanogenMod 10.2. So yes, that means it's based on AOSP. But that doesn't mean it's boring! Some of the features in BeanStalk include the Aroma Installer, kernel options during flashing, browser choices, font and other theme options New ringtones and much more. 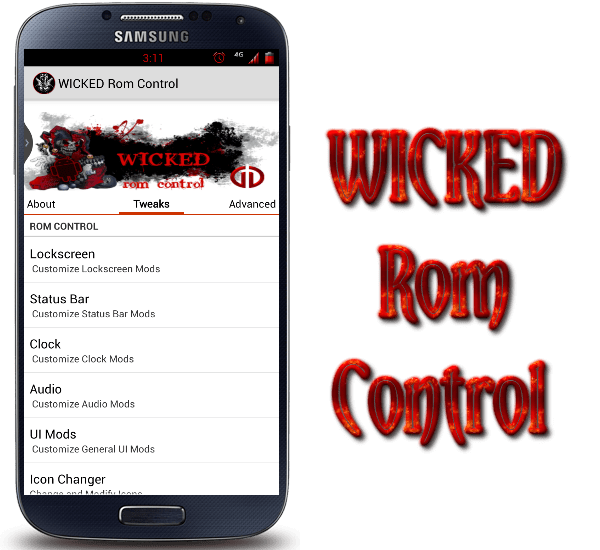 Wicked is based off of Touchwiz for the most part. But it is themed, so it'll look a bit different. This one is also available for most of the Galaxy S4 variants. It also features ROM Control, lockscreen options, status bar colors, different battery icons, battery text color, and much more.

Eclipse is a Touchwiz-based ROM for your Galaxy S4. It's compatible with most of the Galaxy S4 variants. It's also featuring many inverted apps like Gmail, email, Google Calendar, Google Music, the Play Store and many more. It's a great looking ROM that I'd love to have on my own device. 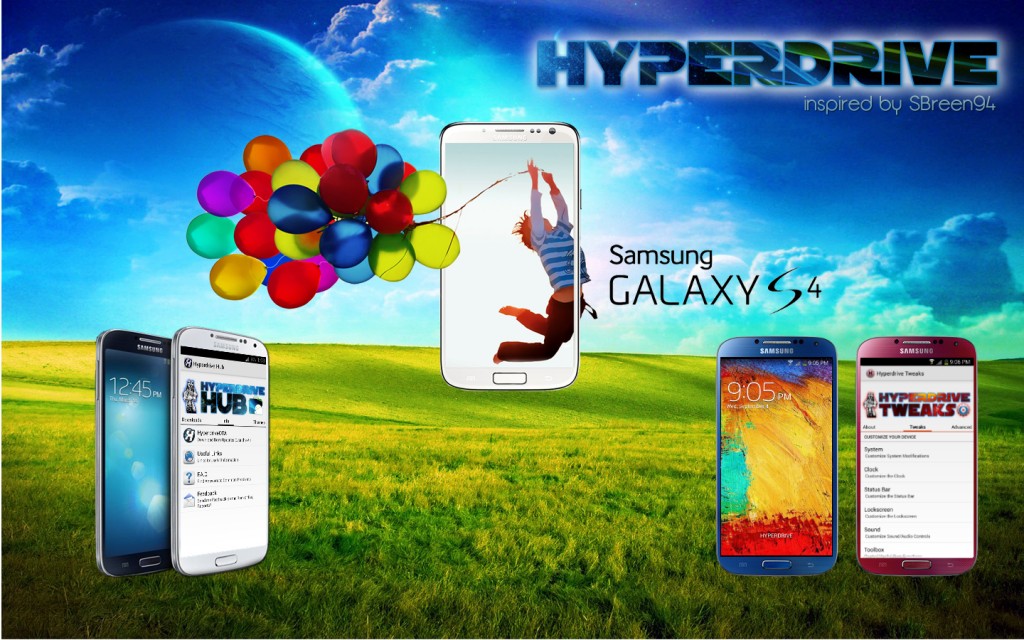 Here's another great Touchwiz-based ROM for the Galaxy S4. It's also compatible with most of the Galaxy S4 variants around. Some of the features include it's based off of Android 4.2.2, has the AROMA installer, deodexed, memory optimizations, Hyperdrive browser bookmarks, default homescreen layout and much more. 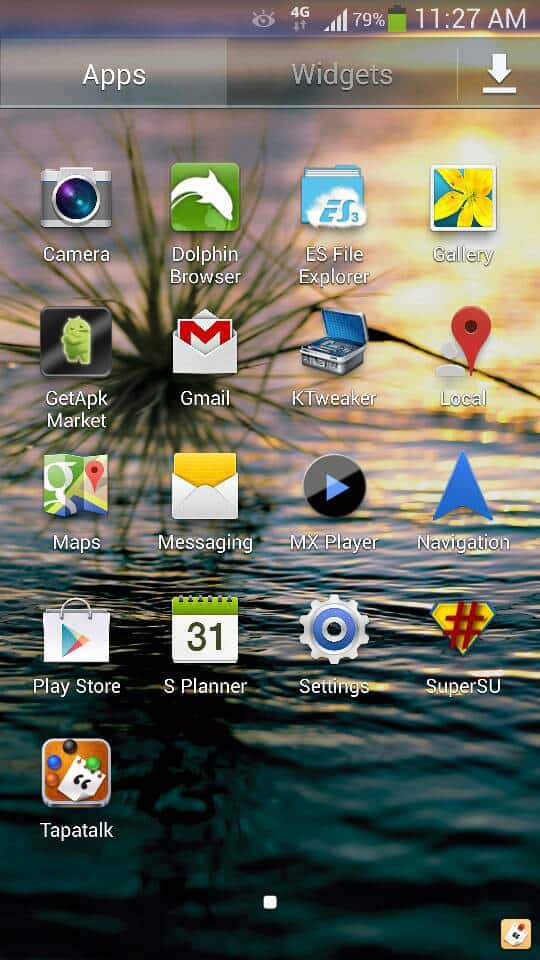 We all know that Touchwiz is heavily bloated. In fact, when the Galaxy S4 first came out, it was quite laggy as well. This new ROM claims to be the lightest Touchwiz ROM ever. It's also saying it has all the S4 features, along with great battery life, and it's extremely quick. You'll want to check this one out for yourself. 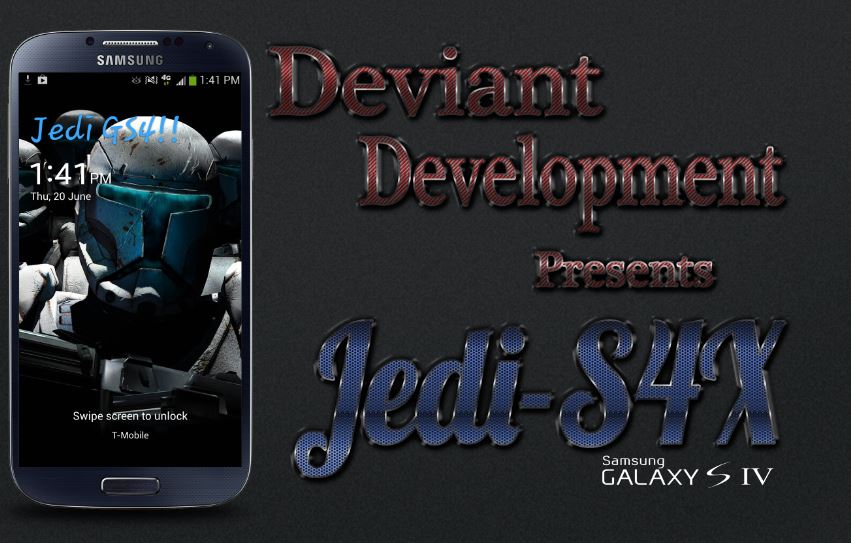 This one's created by the folks at Deviant Development, which you probably know their work from other Samsung devices. This one supports a lot of great stuff, including a hack to support all apps in multi-window, it's partially debloated, along with having SuperSU and BusyBox installed already. There's an icon changer, Pie, and much more.

This was one of my favorite ROMs on the Galaxy S3. It's based off of Touchwiz, and is heavily debloated. It does support all the carrier versions. It also includes WiFi calling and MMS over Wifi for T-Mobile users, Along with a ton of other features, probably close to 100 more. 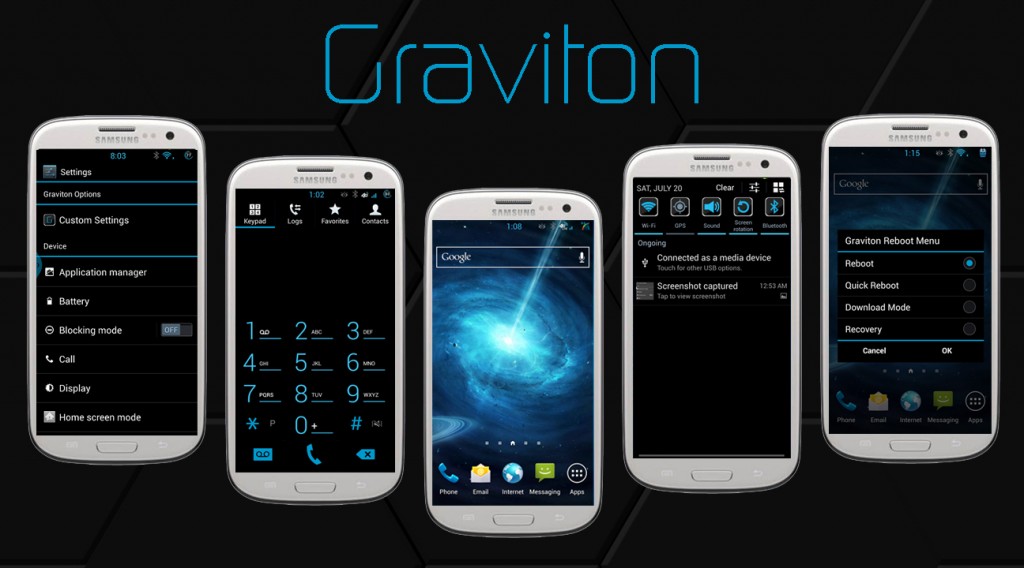 Here's another AOSP based ROM for the Galaxy S4. This one's heavily themed as well, as you can tell from the image above. It does include a dark UI, which I must say it looks really nice. It does support multiple carrier versions of the Galaxy S4. Does get rid of all the AT&T bloat as well, it should be the same for the other versions. 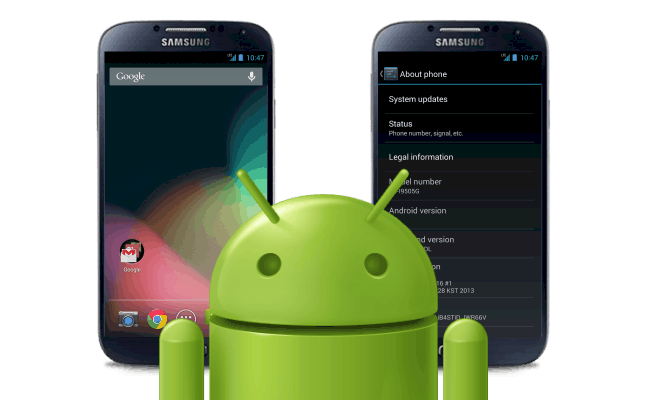