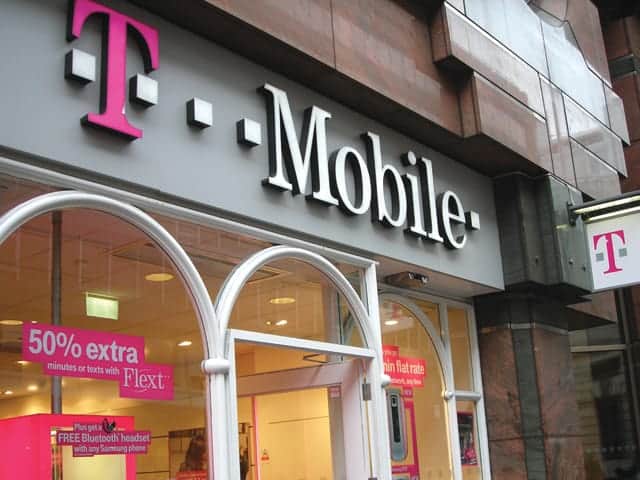 Here's some great news for T-Mobile and their fans. It appears that their smartphone sales have increased in the past three months. Kantar Worldpanel published on Monday some new figures for smartphones sold in a 3-month period ending in August. The report shows that the carrier sold 13.2 percent of all the US Smartphones in those three months.

As far as carrier sales go, Verizon still sold the most at 37.1 percent market share, AT&T had a 21.7 percent share and Sprint with a 14.6 percent share in the US. So that puts T-Mobile closer to the #3 spot. The increase in T-Mobile's growing share suggests that their new Simple Plans are working. Not to mention their new JUMP! program, which no one is yet able to JUMP quite yet, but it'll be interesting to see numbers after people can start JUMPing to new phones in January. Many people criticized T-Mobile for charging full price for phones or paying monthly payments for the device of around $20 or less. The fact of the matter is, it's still cheaper than most other plans and you don't pay for your phone after it's paid off. As long as T-Mobile has great coverage in your area.

Kantar Worldpanel also stated that Android has a 55.1 percent share of the US smartphone market. That's up from July. And that iOS is holding a 39.3 percent share, while Windows Phone has 3 percent and Blackberry is down to just 1.8 percent. And unfortunately, that'll probably be around 0 percent in the next three months as Blackberry has now left the consumer market.

It's interesting to see T-Mobile beating out Sprint for smartphone sales. I guess the next step is to over take AT&T? That will be awesome to see, especially as they are working to enhance their coverage and push out their LTE network very quickly. Like I said before, I'm really looking forward to see the numbers in January once JUMP really gets started.