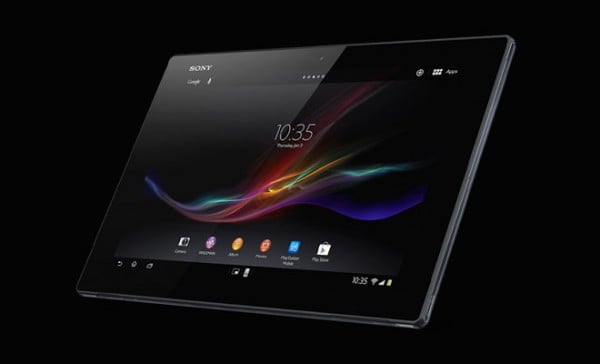 Sony has hit a lot of the right notes this year when it comes to their devices. They kicked off the year with the Xperia Z, ZL and Tablet Z. Albeit, all three have taken a while to make it to the US. The Xperia Tablet Z is now available in the US and is on sale unlocked for $629. Now since it's unlocked, I'm assuming this is the mobile data variant. Meaning it should support LTE. So similar to the Nexus 7, you should be able to slip in your SIM and have data anywhere on your Xperia Tablet Z.

The Xperia Tablet Z is a 10.1-inch tablet that sports a 1920×1200 resolution display, which is the same as the new Nexus 7's resolution. It also has 16GB of internal storage, but it does support a microSD card slot that can support another 64GB of storage. As far as multi-tasking goes, you've got 2GB of RAM on board with a 8.1MP camera on the back and a 2.2MP camera on the front. There's also a Qualcomm Snapdragon processor inside that's clocked at 1.5GHz and all this on Android 4.2 – Jelly Bean. 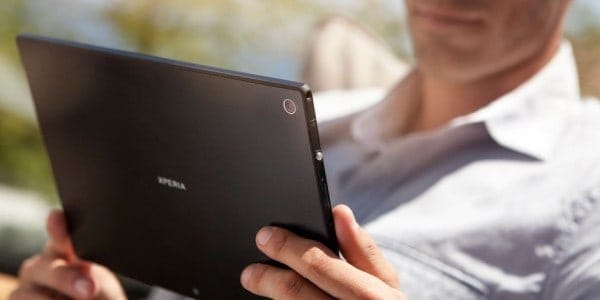 When Sony announced the Xperia Tablet Z back in February, it was the thinnest tablet around. Since then that's changed, but it's still one of the thinnest. It's just 6.9mm thick, and compared to the iPad 4 at 9.4mm thick that's a huge difference. Sony has always brought their products to the US a bit late and a bit overpriced. Unless you're a huge Sony fan, I can't really see a reason to buy this tablet over any of the others out there. Especially at this price. ASUS announced the Transformer 701 today which has a better display and a Tegra 4 powering it. I'm sure it'll be cheaper than $629. Not to mention there's a new Nexus 10 supposedly coming out this fall, which should have better specs and a cheaper price tag.

While I do like Sony's products, I really wish they'd bring their devices to the US much quicker than they have this year. With that said, how many of you are going to be picking up the Xperia Tablet Z?