I love my Nexus 10 and it has become an integral part of my daily life. It works well for games, YouTube, Music and with a screen like that, it would also be safe to assume that it would be the perfect tablet to watch High Definition Videos on but there is a fatal flaw. Most High Definition videos can consume between 1-2 GB of your tablets precious space, which can severely limit the number of videos you put on your tablet for those long road trips. To make matters worse, there is no expandable storage. So much for putting the entire last season of Breaking Bad on my tablet for offline viewing. 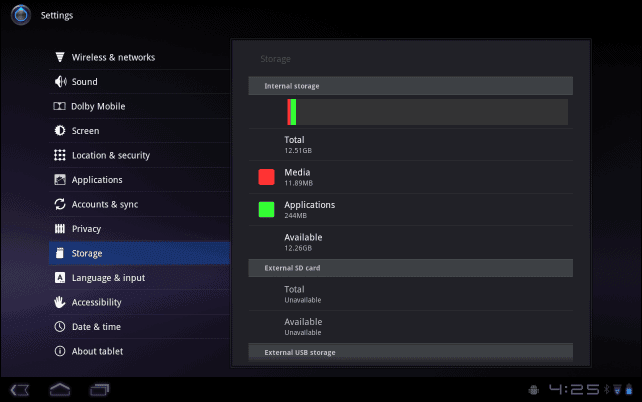 Fortunately Seagate’s latest offering may solve the above dilemma. Earlier today, Seagate announced that they have created a new Hard Drive form factor known as the “Ultra Mobile” drive. These new hard disks are specifically built for the booming Android tablet market and will initially be released with 500GB of storage.

Seagate’s Ultra Mobile Disk combines a 500GB magnetic hard disk with an 8GB SSD cache, similar to what is found in Seagate’s popular Hybrid hard disks. The re-engineered hard disk clearly takes power management to a new level with low power modes that allow it to sip as little as 0.14W of power. The disk also includes Seagate’s shock protection to protect the disk from vibration and minor drops.

Thanks to the new capacity, the drive is expected to hold;

Although they did not say how many Android Applications can fit on this, I would go to assume several thousand. Unfortunately no dates have been reported however we may be able to expect to see several first generation tablets on the market in 2014 sporting this new storage solution.