Skip to content
Trusted By Millions
Independent, Expert Android News You Can Trust, Since 2010
Publishing More Android Than Anyone Else
1
Today
127
This Week
754
This Month
7191
This Year
117149
All Time When Samsung announces a new tablet or smartphone, there’s one thing they never skimp on: the accessories.  Samsung took this a few steps further with the announcement of the Galaxy Note 3 by providing us with more than a few accessories to buy at launch.  These mainly consist of two types of accessories; flip-style cases and removable back replacements.  From there each category has two sub categories for you to choose from, so much like specializing in World of Warcraft you’ll need to take a look at everything to really decide what you do and don’t like before grabbing your first Galaxy Note 3 accessory. 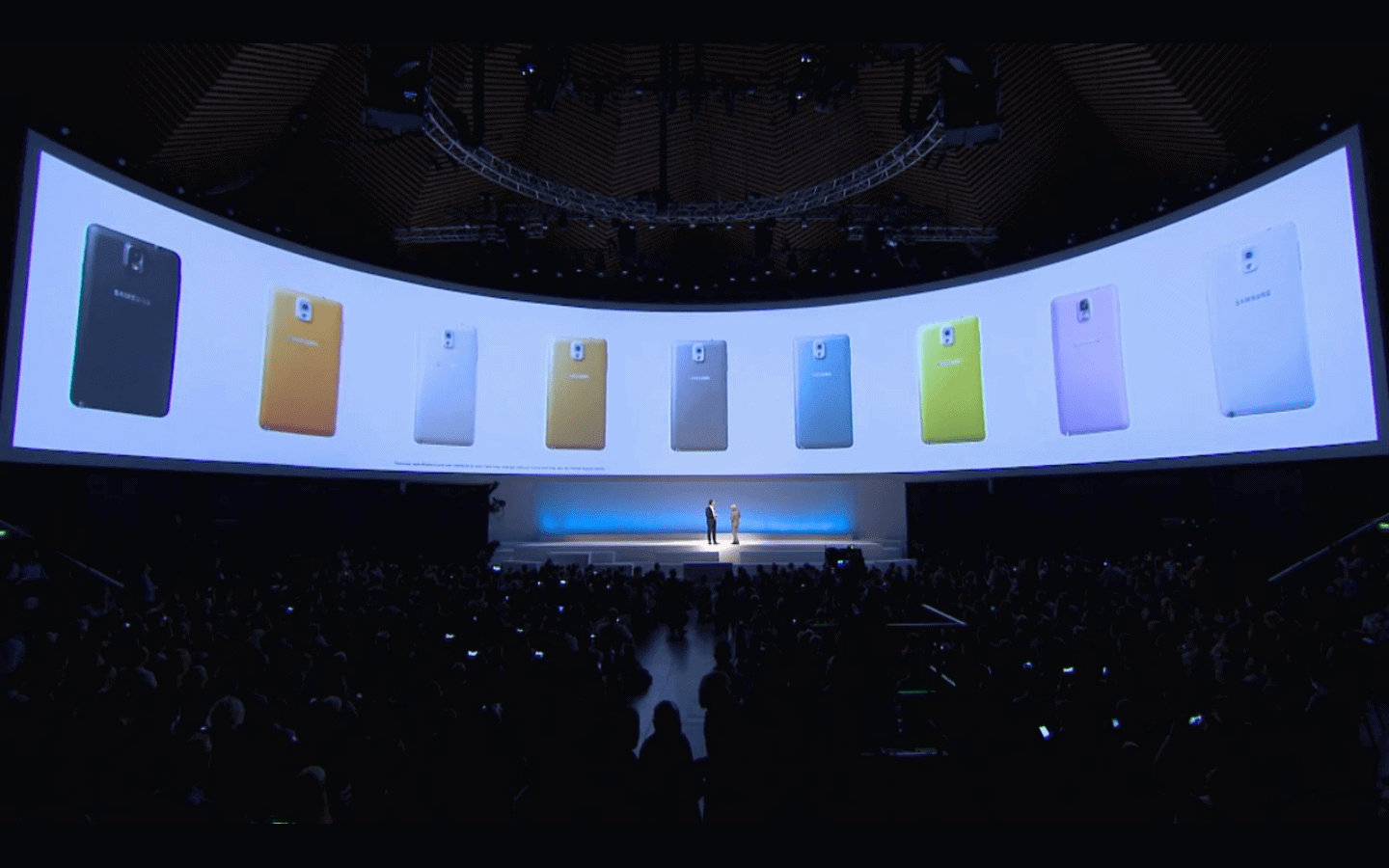 Back replacements are the simplest category that Samsung has given us, and we have two types to choose from.  Samsung is shipping the Galaxy Note 3 with a leather-like back material, stitches and all, to look more like a classic notebook that you might find at your local bookstore.  Since the Galaxy Note 3 only ships in white, black or pink, you might end up wanting another color to replace the side that isn’t mostly covered with screen.  Samsung seems to be taking a page out of Mother Nature’s book and might be offering replacement colors for every season, as they announced a “Taste of Autumn” collection, seen above, and a “Holiday Glam” selection of colors.  The “Taste of Autumn” collection comes in 9 colors. 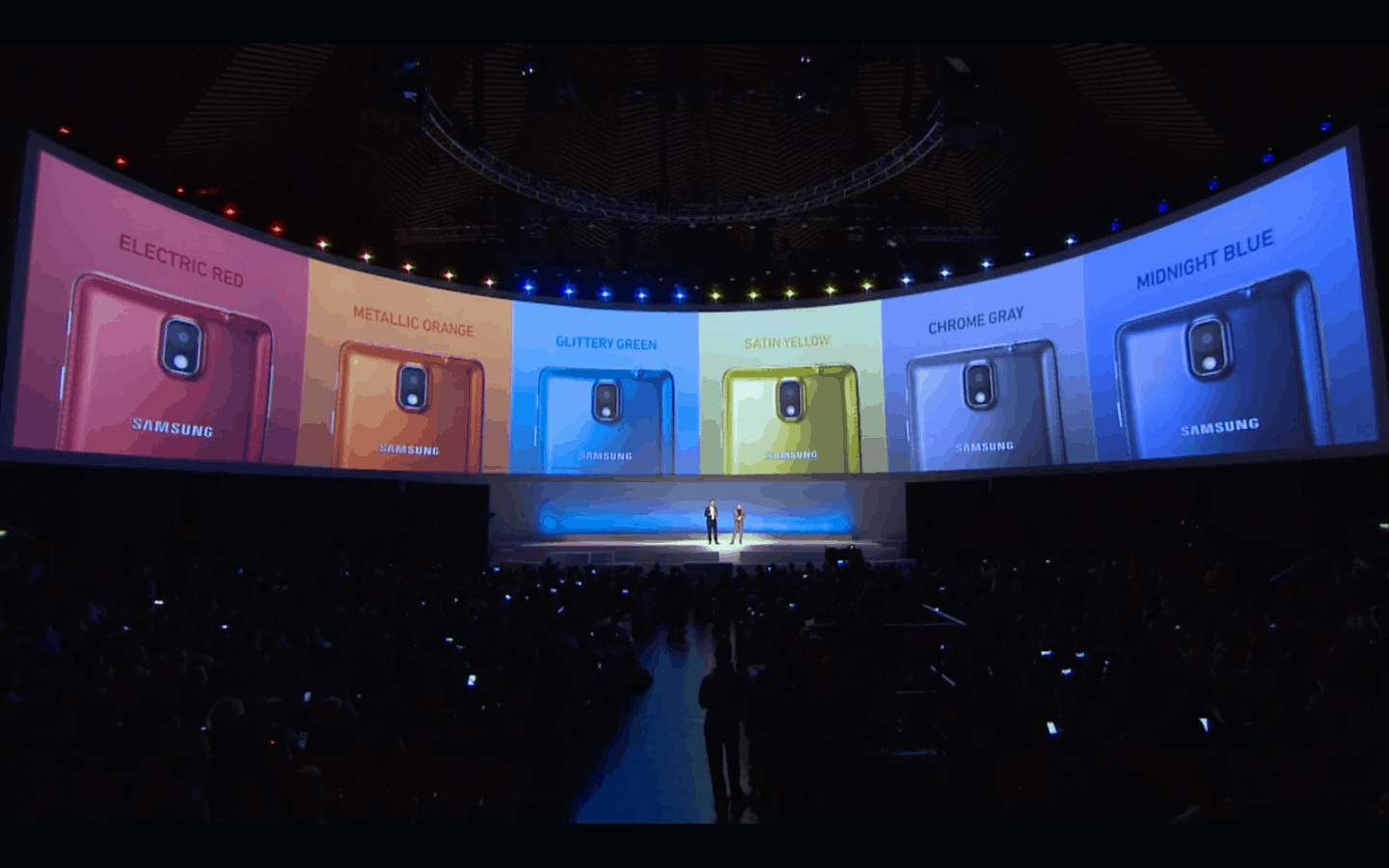 The metallic covers are particularly interesting as Samsung has traditionally been a big proponent of plastic phones for many reasons, but seem to have reached a middle ground with these removable back plates.  Since metallic phones need to have a rubber or plastic section for the radios to work properly, these should cause no interference or radio issues when being used.  The “Holiday Glam” metallic collection comes in 6 colors. 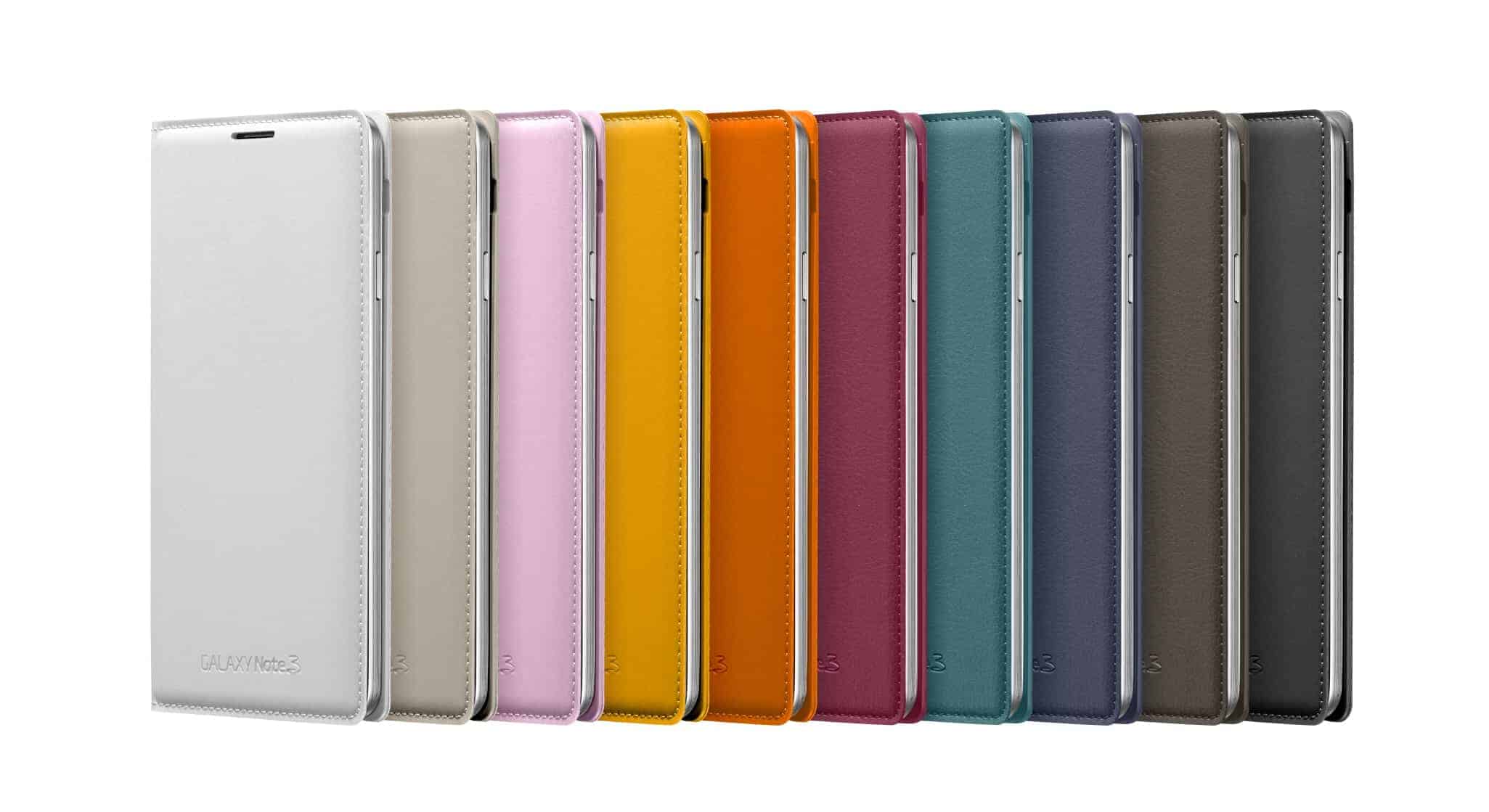 After the simple back replacements Samsung has provided an additional selection of flip-style covers that were first introduced with the Galaxy S III.  Since the Galaxy Note 3 has that notebook-inspired faux-leather back, it’s only fitting that the flip covers would have the same material.  And so it is that Samsung has provided Galaxy Note 3 owners with 10 different colors of flip case, all of which act as both a back replacement and a screen cover.  If you’ve never seen or used a Samsung phone with a flip case, Samsung has you remove the original back of the phone and replace it with the flip case which fits right in as a new back to your phone.  The flip is then built into the design of the phone so it can’t fall off. 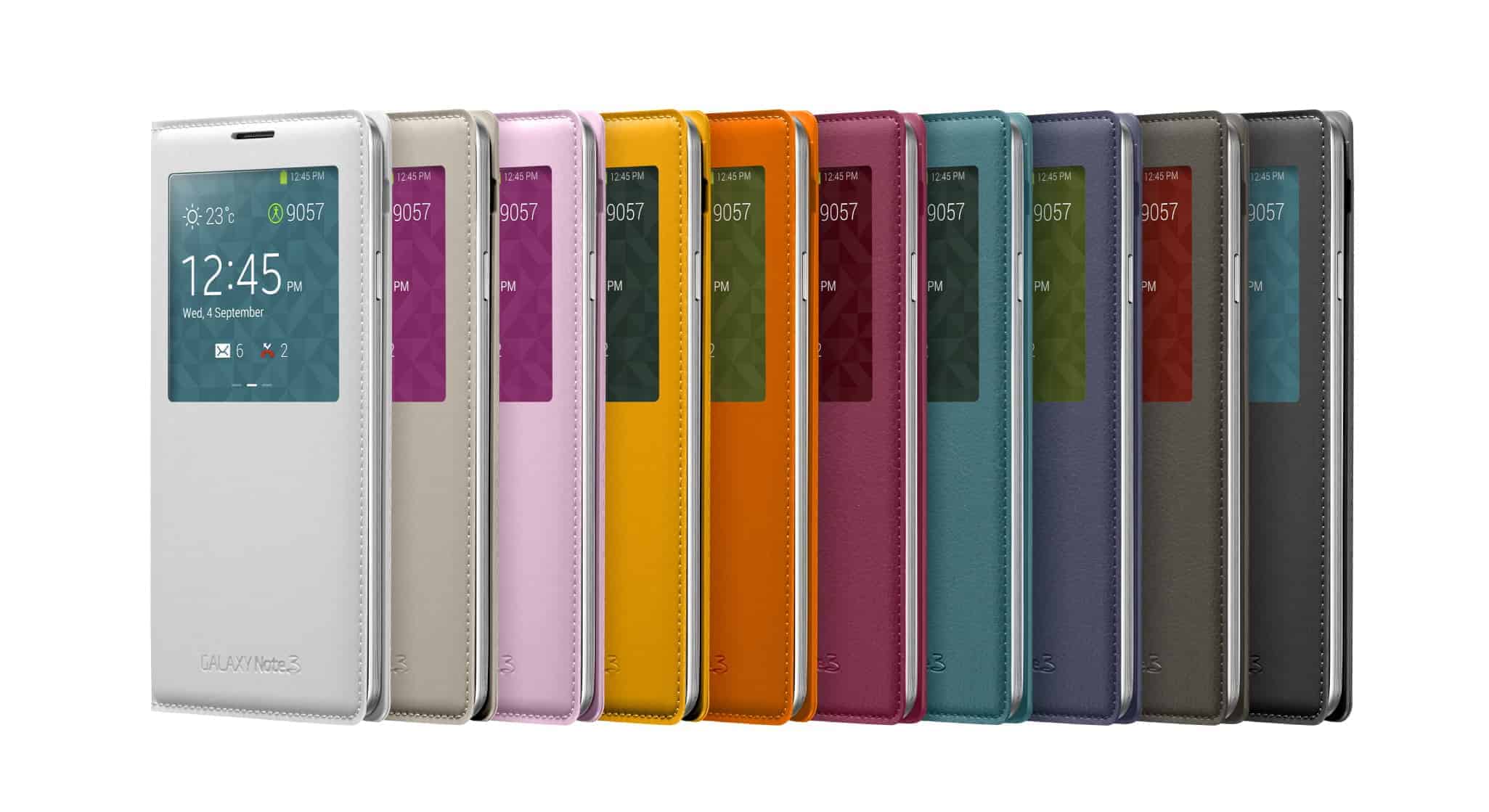 The last and probably most exciting accessory is the S-View Cover, which has been both enlarged and enhanced for the Galaxy Note 3.  This case is the same as the flip case but has a window in the front for quickly viewing important events and other information like the time and date without exposing your screen to the whole world.  This provides some possible battery savings much like Motorola did with the Moto X notification screen, and only lights up the part of the screen that can be seen through the window. Samsung has taken the S-View cover a step further this time and included full S-Pen support, giving you a range of functions that can be executed without opening the cover. The S-View cover is available in the same colors as the flip case, and given the price difference between the S-View and flip covers for the Galaxy S4 we expect the S-View cases to be slightly more expensive than the flip covers.