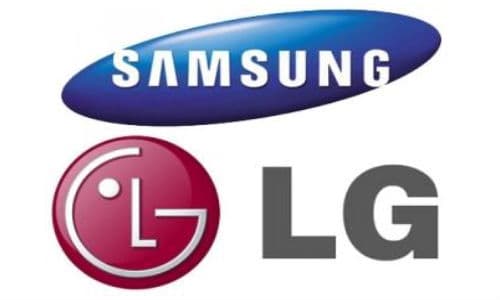 Samsung and LG have long copied or even outright stolen technologies from each other, and they’ve been involved in lawsuits over this issue several times already. I think it’s usually LG the one that does that to Samsung, since they seem to be the ones copying all of Samsung’s ideas, whether good or bad. For some reason they can’t really look outside at other competition except Samsung.

I actually find that very annoying, not because they “stole” the technology, but because LG has the potential to be better than Samsung, and surpass them. But as long as they keep wanting to copy Samsung, and that’s their main strategy, then they’ll never be ahead of Samsung, or not for long.

On the other hand, I’m sure Samsung has stolen or at least copied whatever idea LG had, that they thought it’s worth copying. LG doesn’t seem to be taking that lightly, though, which is why they sued Samsung for infringing on their OLED patents. That seems a little surprising, considering Samsung pretty much owns the whole OLED market, while LG’s OLED market share is almost inexistent, but it’s possible Samsung missed one key technology that they tried to copy/steal from LG, and that’s how it all started.

This whole dispute will come to an end soon, though, as both of the companies have realized that it’s better for them to focus on the global market, and global competition, than to try to hurt each other:

“It was agreed that we two should focus more on cementing our leadership in the global market by cooperation, instead of engaging in all-consuming patent disputes,” Samsung Display said in a statement late Monday.

“What’s most important for both of us is upgrading our competitiveness globally,” LG said.

Patent battles are usually pointless, and they don’t do much good to either company, even the one suing. What this means is that the 2 companies will most likely continue to copy/steal technologies from each other, but that’s nothing new, so they’ll just learn to accept it as a cost of doing business, and instead focus their energy on the western markets.