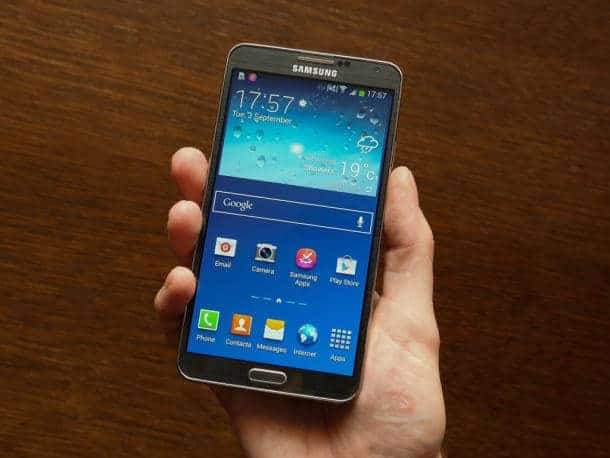 Samsung is doing a lot of really interesting things with their newest flagship device, the Galaxy Note 3.  Some of these things are really awesome, and can even be considered downright amazing.  For instance there looks to be a couple of Galaxy Note 3's coming out, one of which might be an entry-level version that comes with an LCD screen, and the other looks to be a super-premium version with a curved screen.  There's also the sheer amount of features packed into the phone, many of which weren't even talked about by Samsung; things like Surround Shot, which is a Photosphere replacement made by Samsung, and many of the S-Pen's new features as well.  Then there are things that are a bit weird like Samsung making their first smartwatch, the Galaxy Gear, only compatible with the Note 3 for now.  Finally there are things that are just plain bad, and we're unfortunately learning from GigaOM that the Note 3 is region-locked to wherever you bought it from.  In fact just to make sure this was all true, they contacted British retailer Clove and got the following statement:

"If you travel internationally (outside Europe) and usually insert a local SIM card when in those countries, the Note 3 will NOT be able to use the local network. It will lose all mobile connectivity with the exception of emergency calls.

"For example, if you travel to the USA and insert a SIM card issued in the USA, you will not be able to use the Note 3 for any voice calls, text messages and mobile data connection. It will work via a WiFi connectivity only."

This makes it pretty clear; there's no way to take the Galaxy Note 3 outside of the country you bought it in and use it as a phone.  In fact if you check out a little tag that's included on the box of the Galaxy Note 3 you'll find the following message: 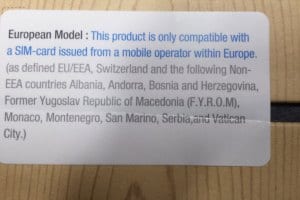 For whatever reason Samsung has decided to lock its phones down, which is completely different from what they've done in the past.  Whether or not this is malicious intent, as in they want you to pay exorbitant rates when roaming, is unclear, but we imagine this is probably some strange practice that was put into place that can hopefully be reversed with enough outcry.  Oddly enough Samsung Switzerland is posting on Facebook that users can use non-European SIM cards in the Galaxy Note 3's purchased there, so what gives here?  That goes against what Samsung Germany PR has said when asked this question, so there's no telling exactly what's going on here.  Like anything once this gets brought up it's likely to help change the situation for the better.  The fact that the Note 3 isn't being advertised as region-locked makes this situation even more dire than it already is, with customers buying the phones and only finding out this issue afterwards.  Here's to Samsung getting it right, and making it right for the customer, or at least to clarify their stance on the issue since different divisions of the company are contradicting eachother.  We'll keep you updated if we hear anything change, as always.