The Galaxy Gear smartwatch has been a rumored product for some time now and for once, the rumors and leaks weren’t on the money here. Things aren’t anywhere near as crazy as you might think when it comes to the Galaxy Gear. There’s no massive screen and the camera included isn’t going to become your primary shooter or anything like that. Nope, in fact the Galaxy Gear is more of a companion device than we first thought. With a 1.63-inch AMOLED display at 320 x 320, a 315 mAh battery and a 1.9-megapixel BSI camera, the Galaxy Gear isn’t the wrist-mounted smartphone we thought it might be. The camera is only meant for 10-second 720p videos and quick and easy snaps. 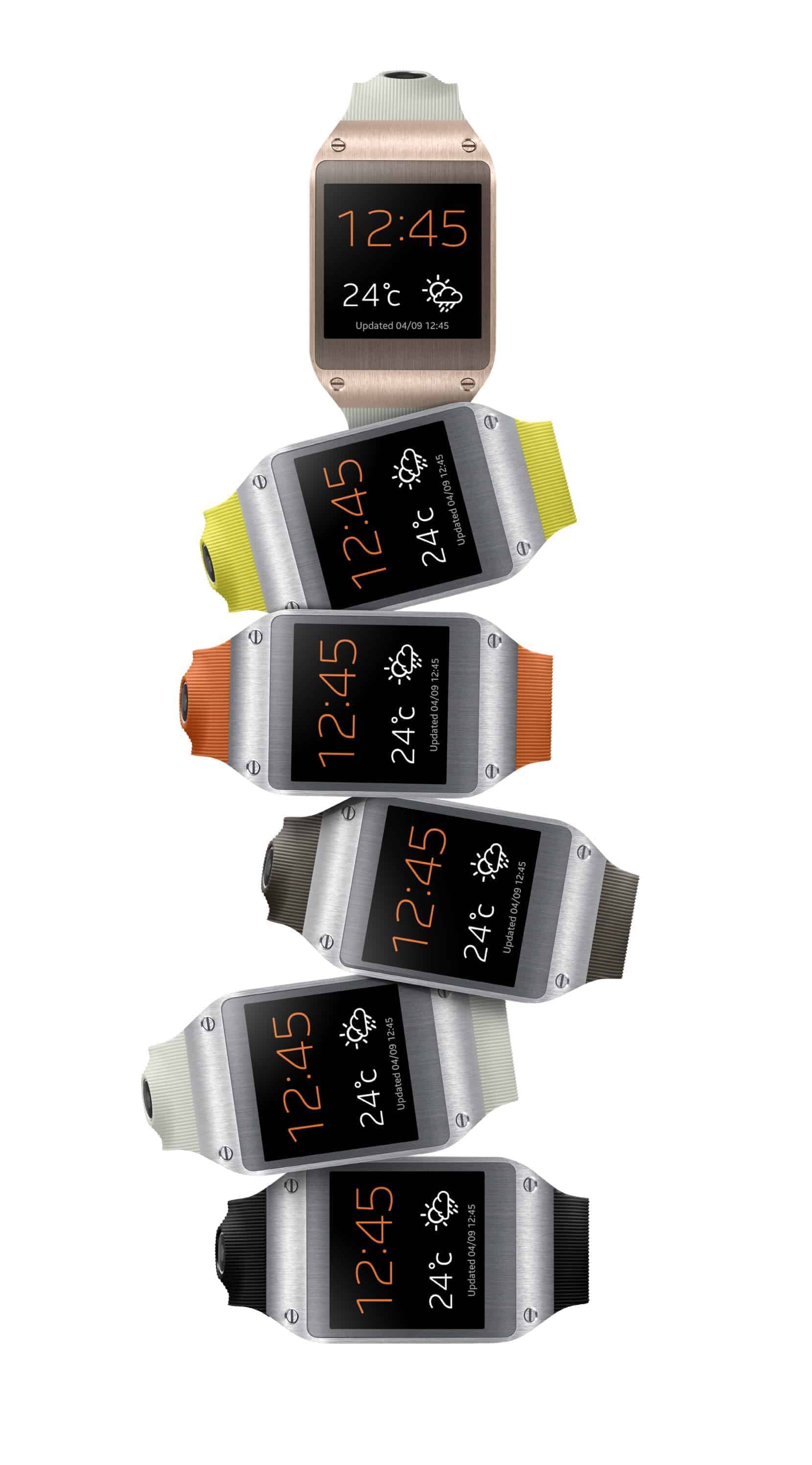 Overall, the Galaxy Gear is being billed as the perfect companion to the Galaxy Note and Galaxy smartphones or devices in general. However, at launch the device will only be compatible with the Galaxy Note 3 and the new version of the Galaxy Note 10.1. We’re assuming this is down to Android 4.3, as the Galaxy S4 is said to gain support when it’s updated but there’s no word at all on other devices outside of Samsung devices.

Samsung is hoping that the Galaxy Gear is going to become a fashion icon as well as great gadget. The device is built out of aluminum and with a strong strap. At launch, the following colors will be available: Jet Black, Mocha Gray, Wild Orange, Oatmeal Beige, Rose Gold, and Lime Green. Take a look at some of them in the gallery below. Powered by an 800 mHz CPU, 512MB of RAM and 4GB of storage, the Gear can handle calls from your device thanks to a built-in speaker and the dual mics. There’s an accelerometer and a gyroscope onboard, as well as Bluetooth 4.0, of course. It’s quick and easy to get messages straight to your wrist, and take calls as well. Moreover, there’s some serious third-party support for the Galaxy Gear, with over 70 partner apps at launch. Apps such as Evernote, Path and RunKeeper. With the Gear, you’ll even be able to use eBay on your wrist.

Coming in a variety of colors, the Galaxy Gear will be available around the world in 140 countries, starting with September 25th and then extending into October.