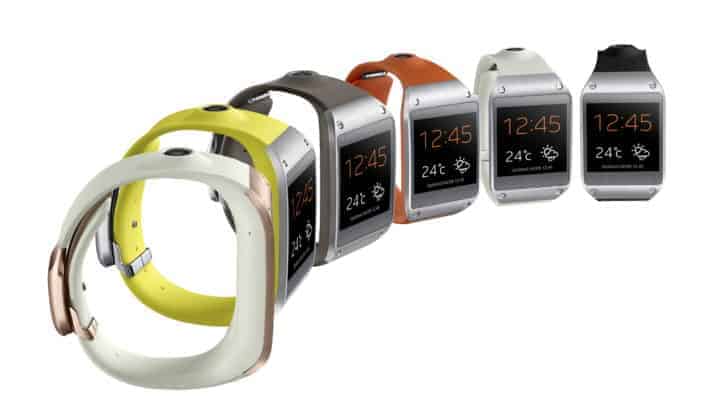 When Samsung announced the Galaxy Gear alongside the Galaxy Note 3, it was a device that ticked most of the boxes required for a smartwatch and threw in some extras. With a camera and decent app support from folks like Evernote and Snapchat, the Galaxy Gear looks like a great smartwatch. The device hasn't even hit store shelves everywhere and yet there are rumors that Samsung is already working on the second version of the Galaxy Gear. While that's more than likely, the device is probably nothing more than sketches on paper in a South Korean studio somewhere.

As TechKiddy is reporting though, media sources seem to think that Samsung is ready to announce a Galaxy Gear "2" at next year's CES. Tech enthusiasts will note that CES is one of the first events of the year, starting just as January begins. What's the likelihood that Samsung have a new device to show off? Pretty unlikely, if you ask us.

Apparently, Samsung wanted to get the Galaxy Gear out there to "test the water" and see if there is much demand for the device. Launching in the Holiday season is perhaps a good idea to gauge popularity but, the idea that Samsung is already looking to succeed the Gear is a little suspect. For one thing, the Gear has yet to even prove itself, releasing a new and improved version of the device so soon wouldn't send great confidence to potential partners and developers.

According to South Korean media, this new device will feature a GPS chip and feature compatibility with many more Android smartphones. As for compatibility, Samsung have their work cut out for them as Android 4.3 and Bluetooth 4.0 LE seem to the defining factors for the Galaxy Gear. Samsung were apparently not happy with the poor battery life of the device, and the few included features of the device and quickly want to do better.

While Samsung is often looking forward to the next big thing, we're unsure that Samsung would be foolish enough to release a much better device just months after the first model hit shelves. What do you guys think though? Does Samsung even need to improve on the Galaxy Gear? Will they be announcing something at CES? Let us know what you think in the comments below and on Google+!