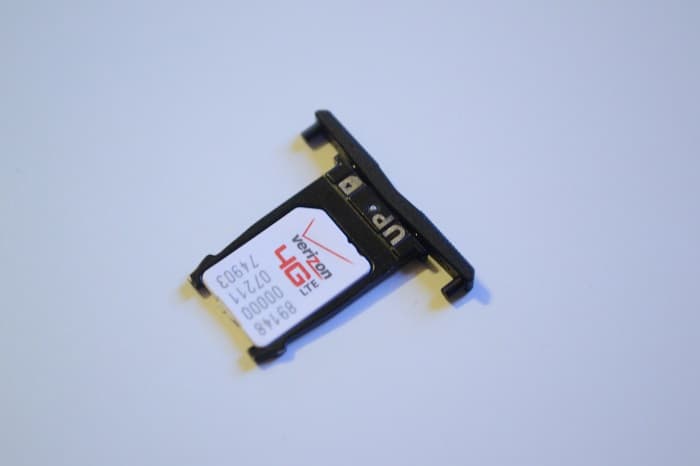 Earlier today, we saw plenty of specs for the Nexus 5. It's looking to be packing a Snapdragon 800 processor along with 2GB of RAM and much more. Some pretty high-end specs for a Nexus device, which isn't normal for Nexus devices. The latest rumor is coming out of Life 🙂 is telling us that Android 4.4 known as KitKat will require nano-SIM card slots. Which is what we have on the Moto X, DROID Ultra, DROID Mini, and DROID Maxx. This also tells us that the Nexus 5 will more than likely have a nano-SIM card slot as well.

On the disclaimer page, as pointed out by Android Guys, it's stated that they will hook you up with a nano SIM for your "iPhone 5s, iPhone 5c, Nexus 5 or Android 4.4 smartphone". Which adds to this rumor that Android 4.4 and above smartphones will have nano SIMs. Which the Moto X was the first device (well I guess technically it's the DROID Ultra, Mini and Maxx as well) to use a nano SIM. But the strange part of that is that it says it'll fit any Android 4.4 device. It's strange because I don't see the Galaxy S4 or Galaxy Note 3 able to use a nano SIM once it's updated to Android 4.4. And I'm very sure that those both will get KitKat. So there's lots of questions left with this thing.

This might be big news, but for most of us it's not huge news. But it does mean that carriers will have to start stocking more nano SIM cards instead of just micro, mini and regular SIM cards. My guess for using a nano SIM is to have more room inside the device for things like the battery, without making the device thicker. Although going from a micro to a nano SIM won't make a huge difference with space, at least I don't think it would.

Rumors are still coming fast and furious for the Nexus 5 and Android 4.4, so make sure you stay tuned to Android Headlines for more.