Skip to content
Trusted By Millions
Independent, Expert Android News You Can Trust, Since 2010
Publishing More Android Than Anyone Else
36
Today
89
This Week
603
This Month
3638
This Year
121254
All Time Not content to leave the limelight to Samsung and the Galaxy Gear, Qualcomm has their own little announcement to make at IFA 2013. While Samsung’s offering is what they’re billing as both a life-changing device and fashion icon, Qualcomm’s Toq is more of a proof of concept. Having Qualcomm and Samsung going head-to-head – or is that wrist-to-wrist? – in the smartwatch arena is a little strange but, Qualcomm has developed a device that relies on some of their key technologies and is more of a device to show off to partners than a consumer electronic. 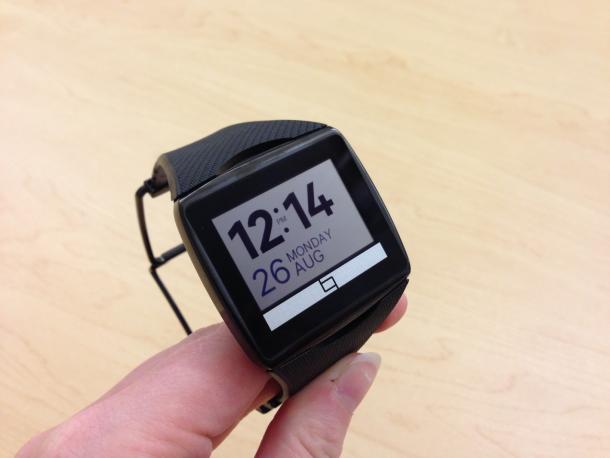 As CNET is reporting, the Toq watch from Qualcomm is using their own Mirasol display technology that sips power. In fact, Mirasol displays use far less power than AMOLED displays. Qualcomm is saying that the Toq will last 5 days at average use and 3 days on heavy usage. Instead of having a bulky watch face with a large battery, Qualcomm have snuck the cell into the wrist strap to keep things balanced and powered by a 200 Mhz CPU, the Toq is very light on battery, indeed.

As for operating systems, Qualcomm is just saying that it’s running their own in-house solution and that it will only work with Android for the time being. The usual sort of smartwatch functionality is here, with the ability to triage notifications on your wrist and such. Unlike the Galaxy Gear, the Toq isn’t launching with third-party support or apps.

Shipping for $300 from October 10th, with pre-orders starting from today, you’ll get the Toq and a wireless charging dock. The company is also only looking to sell a select number of devices, too. Somewhere in the region of tens of thousands. Qualcomm isn’t looking to get into the consumer electronics business, and they’re more interested in showing the market what these devices can be, but the Galaxy Gear might have already done that. In fact, Rob Chandhok, President of Qualcomm’s Innovation Center, said that they would “prefer our partners make them”.