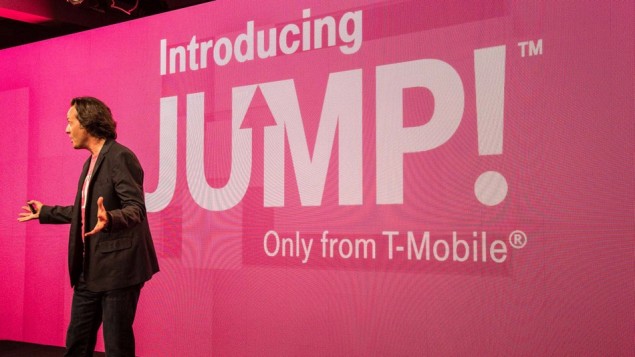 Earlier this summer when John Legere and company announced Phase 2 of the Uncarrier Revolution, where they are now allowing customers to upgrade twice a year and will do no credit check for a family of 4 and charge you $100 a month. Which is definitely a great deal, even if you do have to pay outright for your phones. When they ended their event earlier this summer, they left us with a teaser for Phase 3 of the uncarrier. Basically that they are shaking up the industry one more time.

There are rumors surfacing out of TmoNews this afternoon, that phase 3 of the Uncarrier could be getting rid of the security deposits that we all hate. If you're a new customer looking to open a line with any of the carriers and your credit isn't the best, you are likely going to be paying a security deposit. So T-Mobile getting rid of deposits would be a huge win for the company. This would also be something carried over from MetroPCS, who doesn't have deposit requirements for customers.

Right now there's no real confirmation as to what Phase 3 is going to entail, but Phase 2 had multiple parts to it. So it'll probably be a bit more than just eliminating deposits. Remember that this is a rumor, and so we'll be taking it with a grain of salt. But personally I hope this is true. I know too many people who stick with MetroPCS because they don't have to pay a deposit, while T-Mobile and the other carriers will force them to pay a deposit. Now to get rid of deposits, we may see the down payments on phones go up a bit. But the good thing there is that your monthly payment on your phone will be cheaper. Which sounds like a good trade off to me.

We're not sure when T-Mobile will be announcing the next phase of the Uncarrier revolution, but there's also a big rumor floating around that T-Mobile is going to be drastically expanding their coverage. Expanding it faster than you've ever seen. Which is one of the biggest complaints about T-Mobile right now. Sit tight and we'll see what happens with Phase 3 soon.