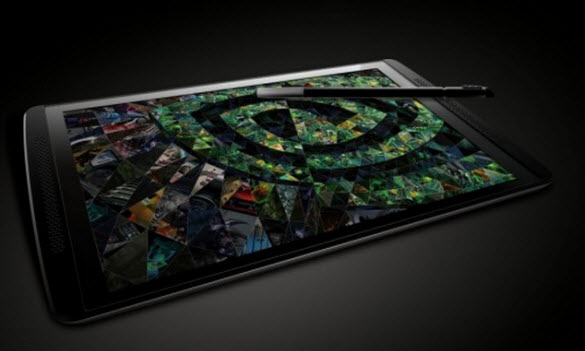 NVIDIA has long been known for their hardware inside devices, however, they are trying to take their offerings beyond their GPUs, as the chipmaker finally unveils its much rumored 7-inch tablet dubbed the Tegra Note. The tablet comes with NVIDIA's Tegra 4 processor and carries a price tag of $199.

When seven-inch tablets first made their appearance and when BlackBerry (then RIM) decided to go with the 7-inch PlayBook, Steve Jobs said there was no need or market for a tablet that small – yet today, that 7-inch tablet market, which includes the iPad Mini, are among the most popular size tablets. Easy to carry, you can even put them in your pocket, yet large enough to read or web browse, or even watch an occasional movie. Therefore, it is only natural for NVIDIA's first tablet offering to be a seven-incher.

Let's get directly to the specifications right from NVIDA's own site:

On their site NVIDIA also claim that the Tegra Note has several key features that separate their 7-inch tablet from the rest of the pack, as well as claiming it is the world's fastest 7-inch tablet:

The device is manufactured by NVIDIA, but will be sold through many of their partnering distribution vendors, and should be available "in the next few months" as it is released worldwide. Partners such as EVGA, Zotac, PNY and co will be offering the tablet soon. They are definitely going for the gaming market and at $199, it looks like a good bargain, although, once again, the display specs are a little soft. Possibly NVIDIA believes that gaming does not require a "retina display", or maybe it is simply a way to keep the costs down.

Let us know if you will be heading out for a Tegra Note – would you buy a tablet from NVIDIA.