At this point, Nvidia’s latest entrance into the hardware market has leaked out so many times now that it’s no longer a question of “if” but of “when” and more interestingly, “how”. Taking another trip through the FCC, Nvidia’s tablet shows off some more of its features and sheds a little more info on just what we should expect. As for specs, Engadget note that there’s a version of the Tegra 4 that we haven’t seen before, a 1280 x 800 7-inch Display and a myriad of ports. Ports include an HDMI port, a microUSB port and a microSD card slot. There’s a 5MP camera round the back as well as a stylus and included apps to take advantage of it.

The user manual details what looks like a pretty stock version of Jelly Bean, with all but a few customizations from Nvidia. This isn’t surprising as this is exactly the road they took with the Shield and honestly, it’s nice to see stock Android here again. 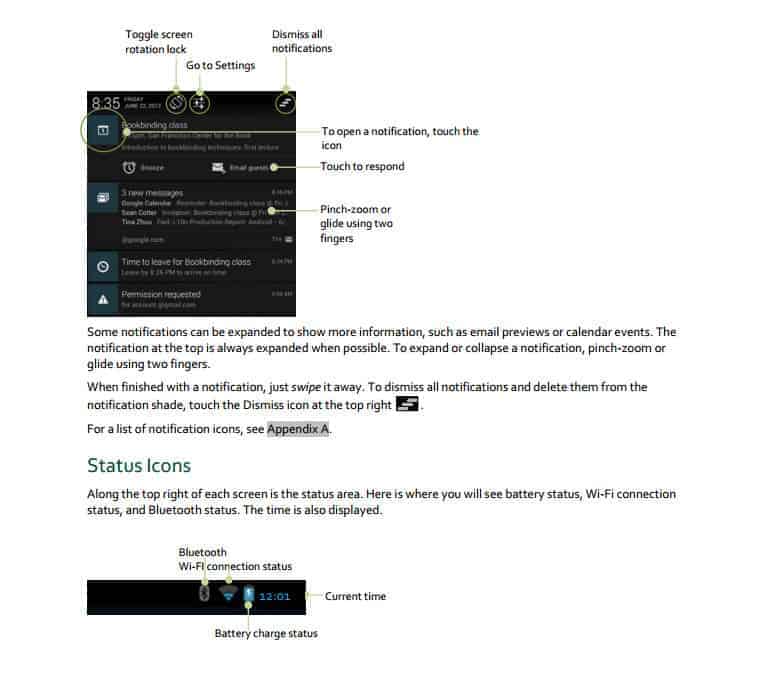 What makes us think that this is the Tegra TAB? Well, the user manual listed by the FCC is absolutely littered with references to that name. Also, there are hints of more than one version of the Tegra TAB. 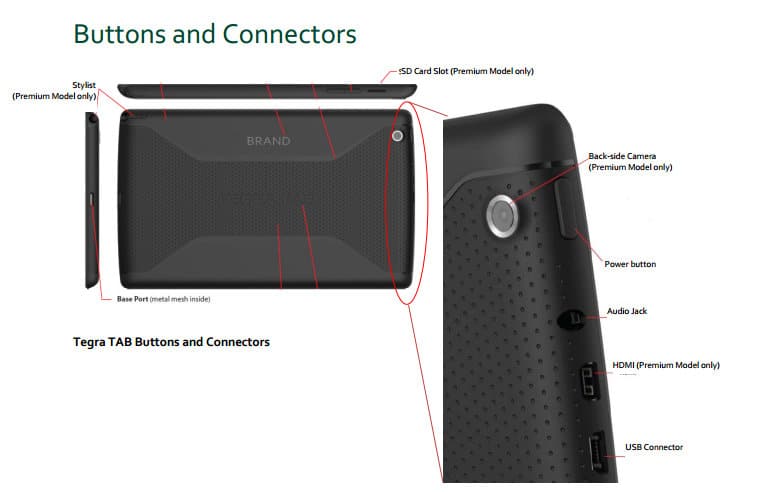 As you can see in the image above, it looks like the camera, stylus, HDMI port and microSD card slot might only be available on premium models of the Tegra TAB. It’s still unclear as to whether or not Nvidia will be going it alone with the Tegra TAB or licensing it out to OEMs as a reference design. However, judging by the similarities between this and the Shield, this looks very much like an Nvidia product.

If Nvidia are about to enter the tablet market on their own, they’ll be one more manufacturer to get involved in this holiday season’s tablet sales. With Samsung and the new Galaxy Note 10.1, LG with the G Pad 8.3 and of course, the Nexus 7 things are starting to look a little crowded. And that’s not even counting the new iPad Mini and Kindle Fire tablets that are sure to be coming soon.