Skip to content
Trusted By Millions
Independent, Expert Android News You Can Trust, Since 2010
Publishing More Android Than Anyone Else
32
Today
132
This Week
818
This Month
6532
This Year
116502
All Time Last year, when the Nexus 4 was announced, I have to say I was quite surprised to see it sporting the quad-core Snapdragon S4 Pro. Usually the Nexus phones have a under-powered processor or an older one. However fall 2012 was when all the devices were coming out sporting a Snapdragon S4 Pro. It’s a pretty powerful chip, but in the mobile world that’s kind of old technology by now. Remember the Nexus 4 was modeled after the Optimus G last year. So this year, we’re all expecting the Nexus 5 to be modeled after the G2, which is the Optimus G’s successor. Now the G2 has some amazing specs. Like a quad-core Snapdragon 800 which is clocked at 2.3GHz. At first, I thought that might be a bit overkill for a Nexus. Not to mention, it’s pretty expensive, and Google likes to keep the Nexus devices pretty cheap. I was thinking more along the lines of a Snapdragon 600 processor inside this year. 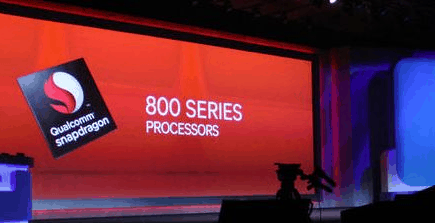 However, it occurred to me that the Snapdragon 800 can support a ton of LTE bands. Which is what we need for a Nexus device. We don’t want a repeat of last year without LTE connectivity. Although it did sort of have LTE support, if you were on T-Mobile or in Canada. So I’m now thinking Snapdragon 800, which of course these FCC filings are confirming that for me. I also think we might see a price increase in this year’s Nexus. Similar to what we saw with the Nexus 7 this year, which got a $30 price increase, I have a feeling we’ll see the Nexus 5 start at $350. Which is still an incredible price for an unlocked device that actually gets updates. Not to mention a device with a Snapdragon 800 SoC inside.

What does everyone else think? Snapdragon 800, Tegra 4, Snapdragon 600, Exynos 5, or something else? Be sure to let us know your thoughts in the comments down below.