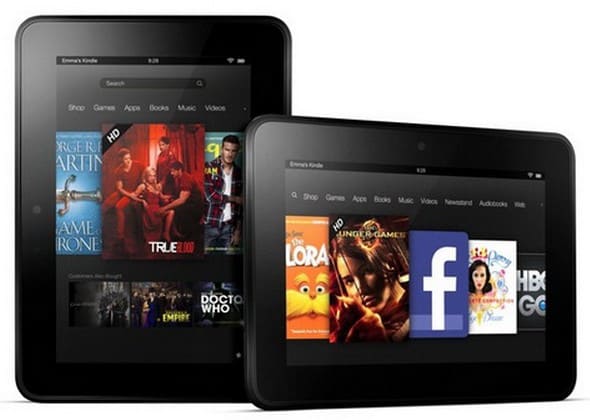 Amazon's Kindle Fire line of tablets have been around for some time now and their ecosystem has matured quite a bit in that short period of time. Thanks to Amazon's digital stores you can get books, movies, music as well as apps and games. However, let's be realistic here, there's no way Amazon's offerings can stand up to Google and the Play Store. The Kindle Fire is a great little tablet to buy on the cheap; it's got a decent display, it performs okay and it's a simple-looking device. However, those looking to get their GMail or Google Drive accounts on the Kindle Fire have to tinker with their devices. This is easy enough once you know what you're doing and you have a little time on your hands but, we're always looking for a safer, and easier way to do these sorts of things. This is where N2A OS comes in.

The $20 application will essentially turn your Kindle Fire into a Jelly Bean 4.2 tablet in a matter of minutes. As you might expect, N2A OS simply uses a build of CyanogenMod to turn the Kindle Fire into a more Google-friendly tablet. Venture Beat got the chance to have a talk with its creator, Dave Vinzant, and he had some interesting things to say. First of all, there's the price. $20 to do something you could do yourself seems steep but, in the process Vinzant says he ruined a fare few Kindle Fires perfecting the process and this isn't a bad way to recoup his losses. He's aware that someone can do it themselves saying: "Anyone who's technical could do this in probably a day … but who's got time for that?"

There's a compatibility checker before you go too far, to make sure that the PC or Laptop you're using, and the Kindle Fire, are compatible before you go any further. After that, it's just a few clicks and then some waiting. Once it's finished, you have a Kindle Fire that runs Android 4.2 and only Android 4.2. It essentially removes and formats the Kindle Fire into being the Android tablet it always wanted to be. While people like us could probably do this ourselves, there's more room for error going it alone. Vinzant says that he's never "bricked" a Kindle Fire using N2A OS.

Vinzant has big plans going forward however, as turning the Kindle Fire into a Jelly Bean tablet is just the beginning as he tells Venture Beat some of his future plans:

"Android's just a blank slate, you can paint whatever you want with it. Eventually, I want to have a children's ROM so I can offer a dual-boot tablet with a kids version as one of them. And that's just the beginning … I want to take this onto smartphones and watches, and whatever else comes."

You can find more info on N2A OS at the official website. The real question is: is this worth $20? Let us know down in the comments.