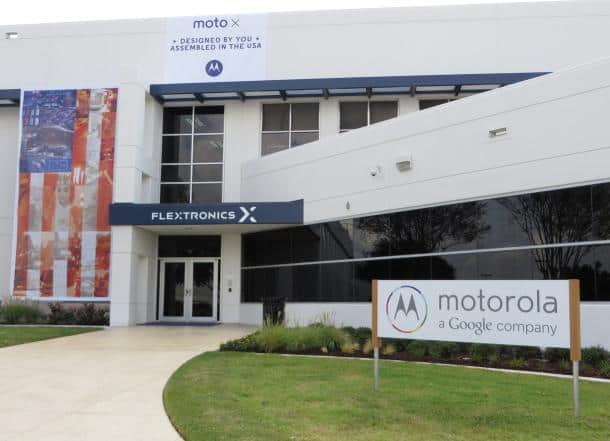 As most of you know, Motorola is assembling all of the Moto X's down in Fort Worth Texas. Which is why Motorola is saying "Assembled in the USA" with their marketing for the Moto X. Motorola is using on of Flextronics factories to assemble all of these Moto X's. Today, McNamara told a bunch of reporters in the area that production of the Moto X began in earnest at the facility on August 6th and has ramped up to about 100,000 units of customizable smartphones each week. So I guess enough people are buying them now aren't they?

CNET spoke with McNamara after this little event which included people like Google's Chairman Eric Schmidt and Texas Governor Rick Perry, to find out exactly how many Moto X units the factory has made. McNamara told CNET that the factory has quickly ramped up over the past 5 weeks hitting it's first 100,000 phone week at the beginning of September. This means that once MotoMaker opens up to Sprint, Verizon and T-Mobile, they could be assembling around half a million Moto X phones per week. It also means that Motorola has already sold about a quarter of a million Moto X phones. And that only includes the customizable ones.

McNamara has stated that he's never heard of a similar operation being able to ramp of so quickly. While the sales numbers for Moto X are pretty small compared to the number that Samsung and Apple have sold, it's still really great, especially for a phone that is out of the ordinary. As in it's all about the software and experience and not the specs. He also points out that there's plenty of room for the Moto X operation to expand. Which is a big possibility over the next few months and into 2014. 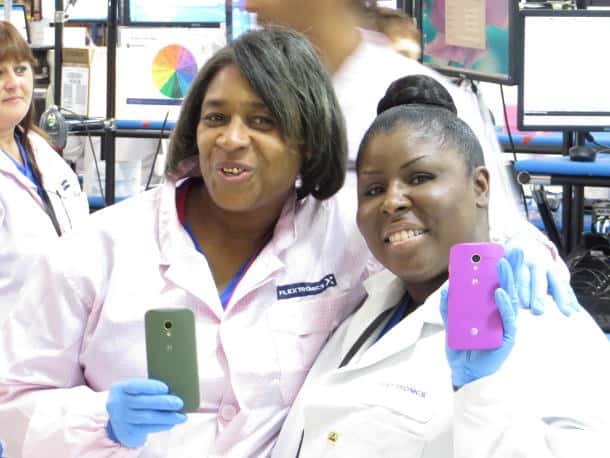 I'd love to see others make their way into the US to assemble their phones. How many of you have already purchased a Moto X? Let us know in the comments below.