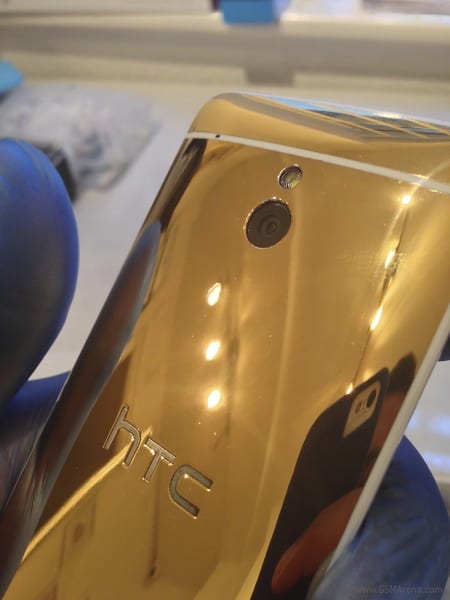 Who wouldn't want a HTC One Mini in-cased in 24-carat gold? We've already seen the HTC One in gold and it's actually available for you to buy right now. Mind you, it's definitely not cheap. It's on sale for around three grand. It looks like the One Mini is now following in its big-brothers footsteps and getting a gold casing. 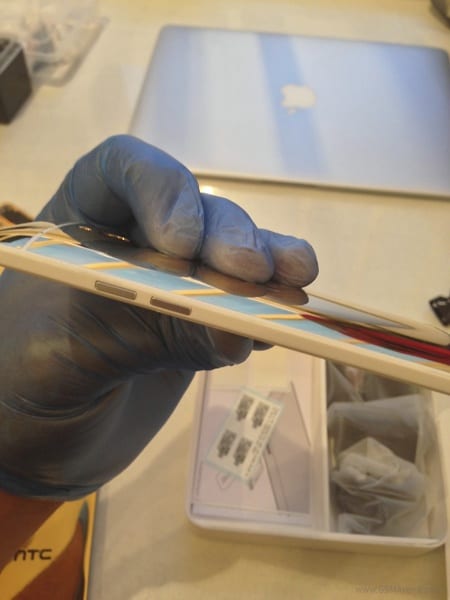 The photos throughout this post were sent to GSMArena. So we are assuming this will be up for pre-order soon. Although I don't see a whole lot of people buying a mid-range phone in gold. GSMArena thinks that the gold version of the HTC One Mini is a custom gold-plated edition, possibly made by a third-party jeweler. Which is what normally happens with these kinds of devices. HTC never really sells gold devices…that's what Apple does. 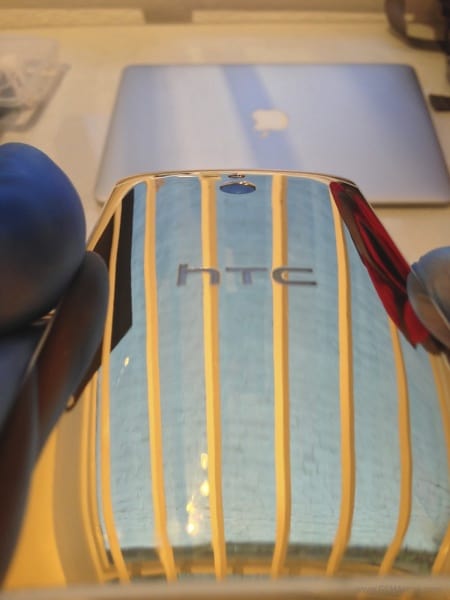 You might have heard that a small phone went on sale today. Yep, we're talking about the iPhone 5S and 5C. The iPhone 5S is actually available in Gold. However, reports are that the gold version is very limited, and almost impossible to get, at least on launch day. The Gold iPhone 5S made a pretty big splash, when it was announced last week. There are now rumors that HTC might offer a gold version of their next flagship. Possibly the HTC Two? Which we've already seen rumors of, a few months ago. 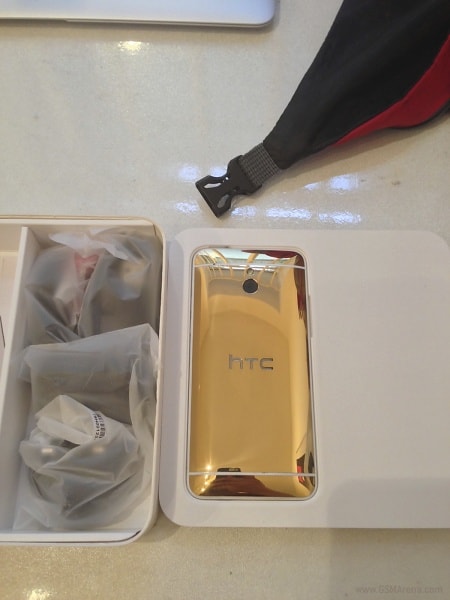 So far there's no word on pricing. But I'd expect it to be around $3,175 like the HTC One in gold is currently selling for. Just out of curiousity, how many of you would buy a HTC One Mini in gold? I'd rather get a HTC One or even a Moto X in gold. Something that's a bit more high-end. Although it'll cost more, that's for sure. Let us know your thoughts in the comments down below. 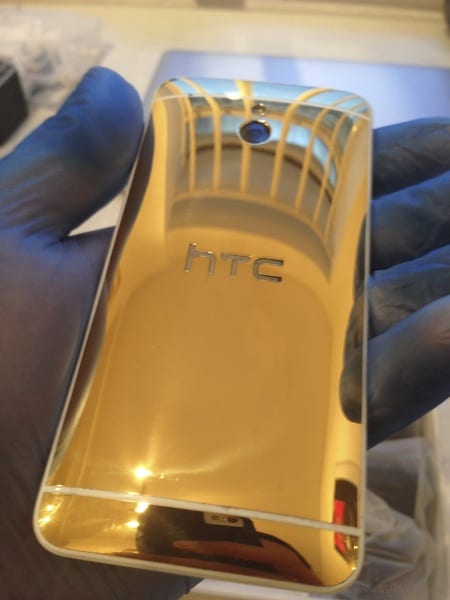