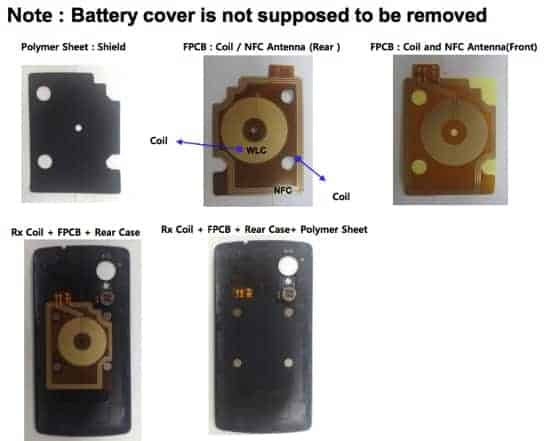 Well here's something interesting. Forget the Xperia Z1 and the Galaxy Note 3. It's time for Nexus season to get into full swing. We've already seen the Nexus 5, or what we think is the Nexus 5, show up in a video from Google. We've seen renders of it as well. Now we're seeing a new device passing through the FCC this evening that is the LG D820.

The D820 is a pretty interesting device, as Engadget is pointing out this evening, the device supports a lot of wireless standards. Of course it has LTE support for both T-Mobile and AT&T. It also supports the usual set of HSPA and GSM bands along with CDMA and EVDO Rev A. So yes, that means that it would work on Sprint, and theoretically work on Verizon. Except it doesn't support Verizon's LTE bands. But I'm sure that will be a special device for Verizon with tons of bloat on board. Similar to what they did with the Galaxy Nexus back in 2011.

This is definitely some exciting news. Especially for those on Verizon and Sprint that are looking to pick up a stock device, and the Moto X is just not good enough for you to spend $200 for a new 2-year contract. This is only the beginning folks. There's going to be literally tons of stories, leaks, rumors, speculation and more regarding the Nexus 5 or new Nexus 4 within the coming weeks.

For the other specs, we don't know much since this is just a FCC filing, but it looks like it's much bigger than the Nexus 4. So probably a 5-inch or larger display. We're also expecting it to be available on the Play Store for around $300-400 off contract and unlocked. We're also expecting and pretty much have it confirmed that the Nexus 5 will be sporting Android 4.4 – Kit Kat, which was announced as the next major version earlier this week. However, we have no idea when it'll be available. I'd assume sometime in October, but that's not certain just yet.