Well what do ya know. Just shortly after we found out the "Nexus 5" showed up at the FCC. We are now hearing (via Android Police) that some of the specs of the Nexus 5 are in plain sight. We already know that the LG D820 is most likely the next Nexus phone. In fact the back panels look a lot like the Nexus device shown off in the Kit Kat video from Google, by mistake. Now after digging through more of the FCC documents we are finding out more of the specs.

The D820 does support GSM/CDMA/LTE for T-Mobile Sprint and AT&T. Noticeably absent there is Verizon. But I'm sure they'll get their own model. It could be because of the hardware limitation on Verizon's 750MHz spectrum for LTE. But notably it does support Band 4 LTE which Verizon is going to be rolling out LTE on later this year. So we might see support for it come launch. 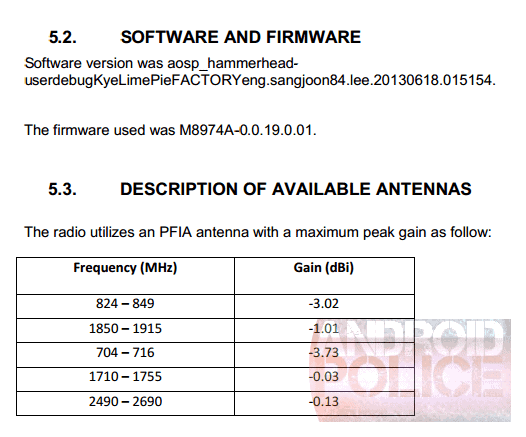 Now for the specs. Its looking like the Nexus 5 is going to be featuring a Snapdragon 800 processor, the MSM8974A. That's the same processor in the Galaxy Note 3, LG G2, Xperia Z1 and Xperia Z Ultra. That thing is a pure beast, and also supports quick charge and a ton of LTE bands. There's also a mention of it using Key Lime Pie. Which we're assuming was filled in before Google announced Kit Kat, unless they are trolling us again. 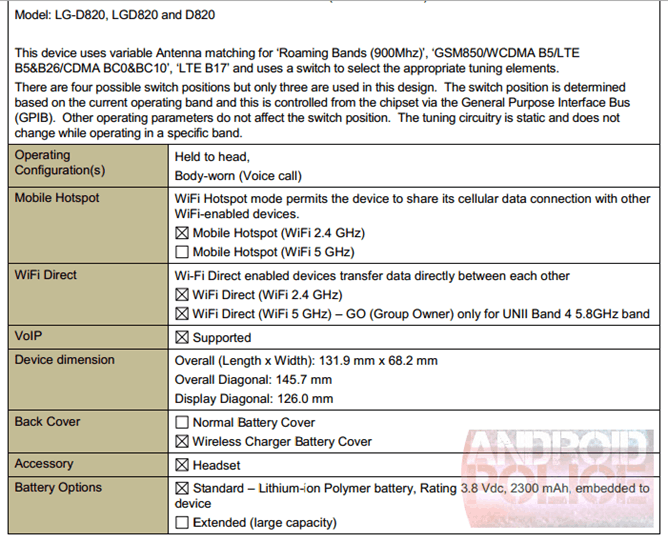 Additionally, the 126mm display size is referenced below along with the 5-inch display. Although technically it's a 4.96-inch display. Unfortunately, there's no way to tell whether it's 1080p or not. Although I would expect 1080p display on the Nexus 5. 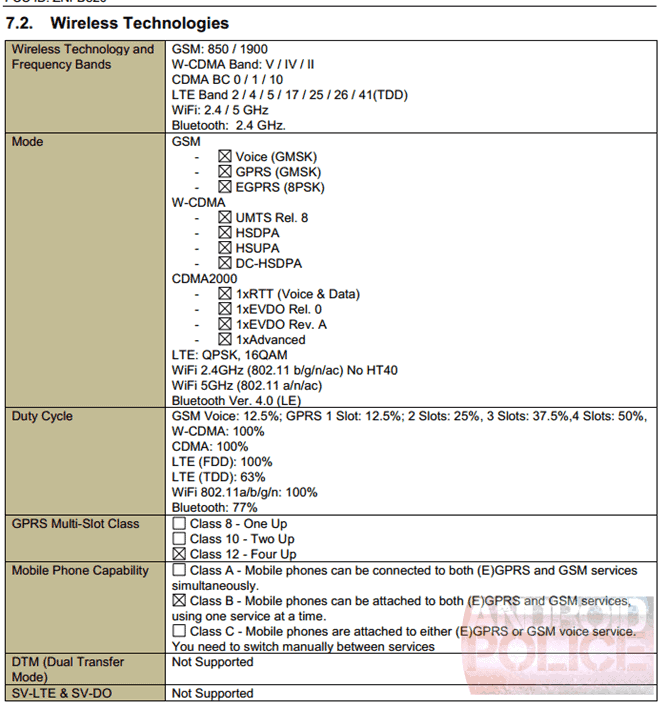 Some of the other specifications from the FCC filing include 802.11ac WiFi bands, Wireless charging, dimensions of 131.9×68.2mm with a battery rating of 2300mAh. That's just slightly larger than the Nexus 4. It's important to note that the D800 and D801 are the G2 models. So it looks like this one is based off of the LG G2, and is looking like it might just be the Nexus 5. We should see it unveiled sometime next month.