Skip to content
Trusted By Millions
Independent, Expert Android News You Can Trust, Since 2010
Publishing More Android Than Anyone Else
35
Today
93
This Week
93
This Month
5396
This Year
122946
All Time 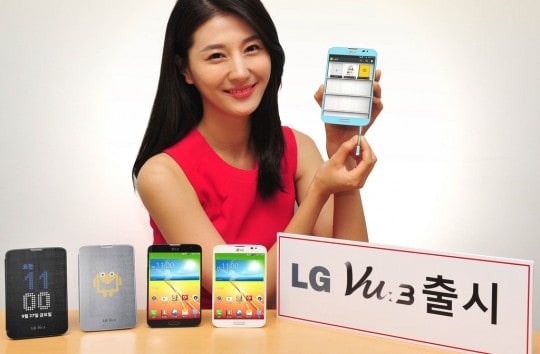 As they have done before, LG is announcing another Vu device. LG’s almost-answer to the Galaxy Note. The fact that both devices have styli is about where the similarities end however, as the LG Vu 3 has the strange aspect ratio of 4:3, making it far more square than the tall and wide 16:9 devices we’re all used to. LG says that this gives the Vu 3 the same aspect as an A4 sheet of paper, making the device perfect for taking notes and reading content such as e-books and browsing the web. While that might be true, it hardly makes the 5.2-inch device the easiest to use in one hand on account of its width.

Specs are mostly the same as the G2 here including a 5.2-inch IPS Display at 1,280 x 960, Quad-Core Snapdragon 800, 13MP rear-facing camera and Carrier Aggregation that improves speeds on LTE-Advanced by using more than one frequency at once. Our Korean isn’t all that good so details on specs are pretty light at the moment, including what size battery this guy is going to be packing. Overall though, we should expect a G2 inside a square-like body.

The Vu 3 has some interesting cases to go with it as well. They cover the entire face of the device unlike those for the G2 however, they’re made from a semi-transparent material that allows some of the display’s light to break through. Allowing for some pretty cool animations concerning the time, notifications and we’re sure a lot more. 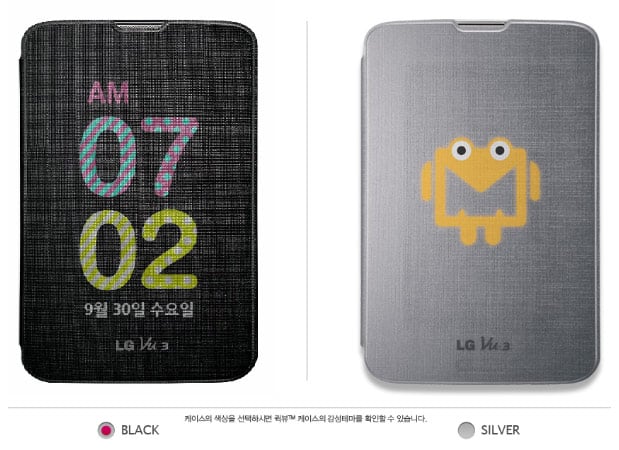 As you might expect, the same sort of software features are here, too. KnockON is present for those times when pressing the power button is too much and all you can manage is a couple of taps on the display. Most of the software is pretty much the same, we’re sure that LG have probably thrown in some exclusive features to make use of the stylus here but, all-in-all the Vu 3 looks very much like a more square version of the G2.

The Vu 3 is destined for South Korea and possibly other parts of Asia, too. As usual, there’s no word on a global launch of the device but, given LG’s renewed enthusiasm to ship devices worldwide there is a small chance you could see the Vu 3 launch in your neck of the woods.