These 3 aces have allowed Kyocera to build feature phones for the masses and amazing concept phones limited to the Japanese mobile market. Examples include the World's first speaker-less phone that uses vibration to produce sounds much like what your ear drum does for your ear. Or how about a fold-able OLED mobile phone powered by kinetics?

Kyocera Communications Inc has recently announced that it will focus on introducing rugged smartphones in the United States. Kyocera leveraged their business relations with SoftBank Corp, a Japanese telecommunications corporation that recently bought an 80% majority stake in Sprint. Kyocera smartphones will be carried by Sprint, the third largest mobile carrier in the U.S. as well as the top U.S. mobile carrier, Verizon Wireless. Goro Yamaguchi, President of Kyocera Communications Inc., has also indicated that the firm is in talks with other major U.S. wireless carriers such as AT&T Inc.

Taking a page from Samsung, Kyocera is leveraging its manufacturing and components technology to gain traction in Apple's home turf. The Kyocera Torque, for example, is a suitable smartphone for consumers whose manual labor can put extreme stress on non rugged smartphones such as the GALAXY S4 and iPhone 5s. The Torque will compete against the GALAXY S4 Active in the rugged smartphone category. 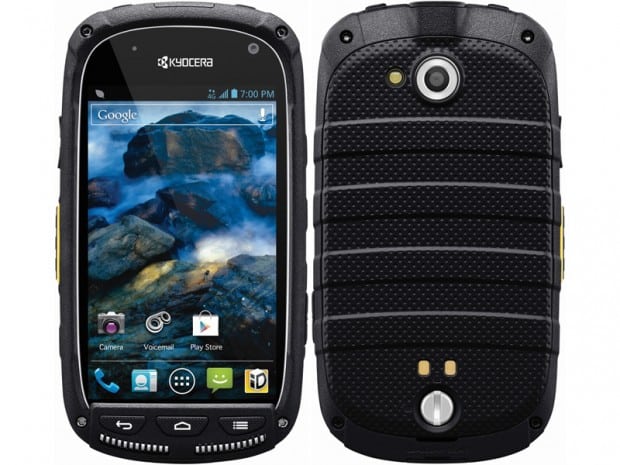 In my previous article, HTC Corp Profits And Shares Keep Sliding, I briefly discussed how back in early 2000 the PC market saw a new and disturbing trend. This trend saw larger corporations buying out smaller ones because of a slow-down in both growth and sales. I remain convinced that we are starting to see this trend in the smartphone market.

News broke that Microsoft made a deal with Nokia to buy their mobile business. Then BlackBerry Ltd announced that it was seeking a buyer by November. That brings us to the Japanese market where the trend continues to claim victims. Major Japanese players like NEC and Panasonic are either reducing their offerings or simply pulling out of the mobile market entirely.

In stark contrast Kyocera is projecting a 9% rise in unit sales and a 7.7% increase in revenue. Kyocera has a 5.3% share of the North American handset market, placing the firm behind Samsung Electronics, Apple and LG Electronics, according to Gartner data for the first half of the 2013.