This situation had been escalating and brewing for some time now and really took its toll on Jean-Baptiste Queru (aka JBQ) at the beginning of August, where we can actually document and verify what happened from JBQ’s own Tweets, as well as his LinkedIn account. This is a huge loss for Android as JBQ was one of their Open Source guru engineers.

Back in August there was a problem with Qualcomm providing documentation for their open source drivers used in the Nexus 7. This delayed Google from publishing the factory images/driver binaries in Google Developers, and JBQ had to shoulder some of the blame even though he had pointed this problem out six months before. His first tweet of frustration:

He was obviously upset and felt helpless and frustrated in his current work environment and on August 4, he tweeted the following: 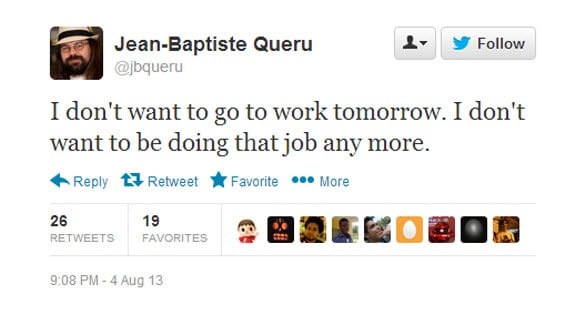 This tweet from September 17, let us know where JBQ had landed: 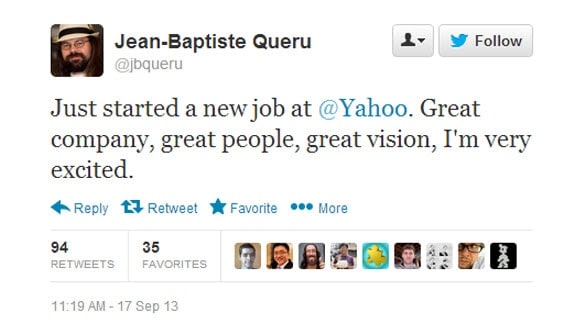 When asked what he was going to be doing at Yahoo, JBQ tweeted: 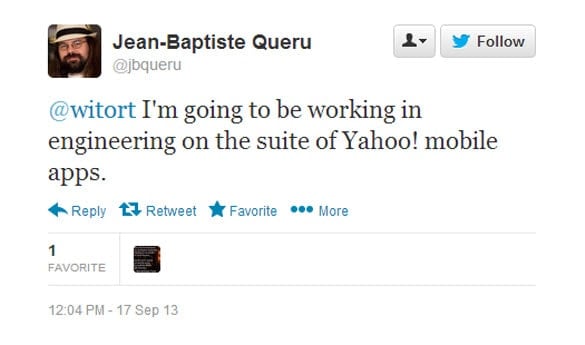 He quickly updated his Linkedin accounts as well:

While we hate to see any turmoil in our beloved Google, there have been some seriously important people leave just recently. Android founder, Andy Rubin said good-bye only back in March of this year, next we saw Hugo Barra leaving just in August, and now JBQ’s departure. Is it possible that Android Engineers, which once had complete freedom, no longer feel their creative juices flowing as Google grows larger and is under more restraints?

Yahoo CEO Marissa Mayer, formerly from Google herself, has really begun to turn Yahoo around in the short amount of time she has been at the helm. She has acquired companies and making some great high-level personal acquisitions, with JBQ being the latest. This may not be all bad for Google/Android, as Yahoo is not known for their “terrific” apps, maybe with JBQ at the helm, he will be able to give them the direction they need.

We certainly will miss JBQ, but wish him all the best in his new position. I hope that Google can get a grip on any internal problems so that their talent stops walking out the door. Talented personnel, like JBQ, are in great demand and can have a pick of jobs – the best way to keep them is to have a work-friendly atmosphere.