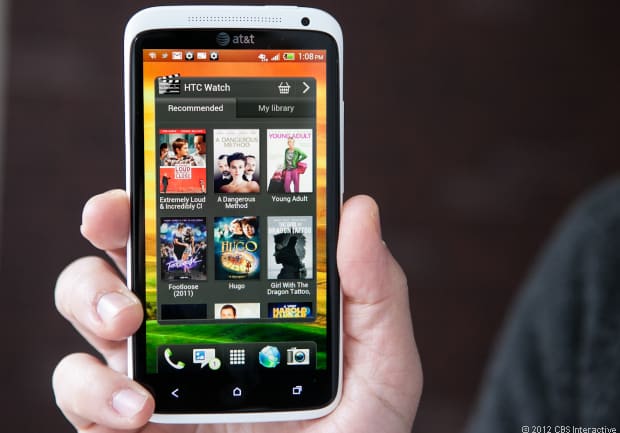 It seems HTC hasn't completely forgotten about last year's flagship, the One X, and they will be upgrading it to Android 4.2.2 and Sense 5.5 soon. The One X already received Android 4.2.2 in Europe, earlier, but this one brings Sense 5.5 to it. The information comes from Vodafone's weekly software update blog post, as you can see in the table below, too: 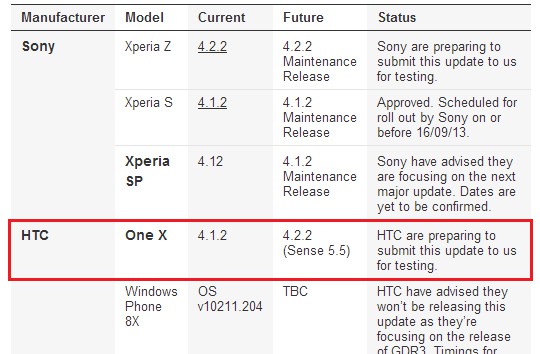 The weird thing is the HTC One will be getting Android 4.3 with Sense 5.5 soon, so I have to wonder, was it really that hard for HTC to use the same ROM with some tweaks for the HTC One X, too? It makes matters worse Android 4.2 was an update from last year, so just because HTC was a year late to it, doesn't mean it counts in that "18 months of upgrades" cycle. That cycle is supposed to mean at least 3 versions of Android released during those 18 months. If HTC or others take 18 months just to get around to the first or second version released during that time – that's not really their customers' problem, is it? It's HTC's problem.

HTC has been increasingly worse with upgrades ever since they started making less and less money, and I fear it won't get any better anytime soon. This could be a compelling reason for why HTC should sell itself to another company like Asus or Lenovo. They need money to remain competitive with other companies, whether that's about being able to provide upgrades to their customers, or buy the right hardware in volume, for a good price, so they can make more money.

HTC needs to decide which way they want to go soon, but so far it seems they haven't even decided to replace their CEO, which I believe has done more mistakes than not, and I think he's slowing down the company. But more than a CEO, HTC needs to find a way to make more money, and it needs to do it soon, because the slow and few upgrades are starting to keep customers away from them.