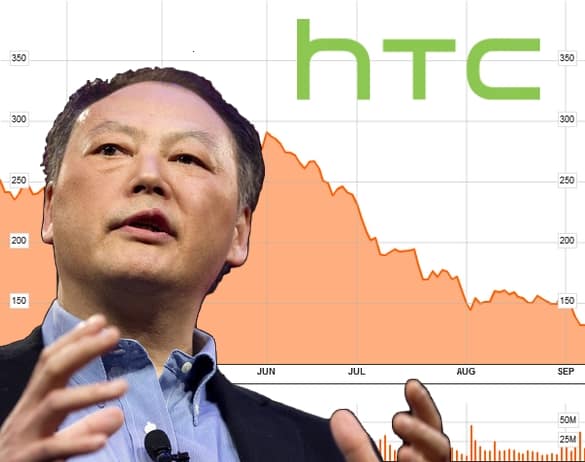 A string of bad news continues to drive HTC Corp to new lows despite their best effort to revive investor and consumer confidence in the firm. I reported earlier in my piece, HTC's Designers Interrogated for Fraud and Stealing of Trade Secrets, that HTC Co-founder and Chairperson Cher Wang filed the complaints against the three former executives on grounds of corporate espionage and breach of trust.

Thomas Chien, former Vice President of Product Design, was arrested along with two others for fraudulent expense claims and stealing trade secrets. The others arrested are Justin Huang, Design Team Senior Manager and R&D Director Wu Chien. As part of the design talent behind the HTC One, a flagship phone HTC had placed its hopes on, Thomas Chien and Justin Huang as well as R&D Director Wu Chien Hung were leaving to form their own mobile design firm called Xiaoyu.

But the problems HTC Corp is facing are not just from a few unsavory employees. The problems are not even from HTC smartphones. CEO Peter Chou has failed to right this ship and, like any good captain, is going down with his ship. However, that is not what a good Chief Executive Officer does and it is certainly not what any of us in the tech blogosphere, mobile market or as consumers want to see.

The PC market during early 2000 saw a new trend, one in which large corporations bought out smaller corporations. The driving factor was a slowing in growth and sales that forced out smaller corporations. I believe we are starting to see that with the smartphone market. In my article, Are Things Getting Worse for HTC?, there was further evidence of a global slowdown in the high-end smartphone market. This slowdown could see a further erosion of their current global position. HTC Corp was the largest smartphone vendor in the United States during the third quarter of 2011.

I have always been of the mindset that if you want greatness in innovation you need stiff competition. If HTC Corp and BlackBerry Ltd go down the rabbit hole, like Nokia did by selling its mobile division to Microsoft, we may very well see continued incremental versions of the iPhone and Samsung may follow suit. Unfortunately the reality is that we have seen this trend before and history often repeats itself.

As it stands now, HTC Corp is expected to post a full-year loss for the first time in its history. This trend will also see the firm miss their third quarter guidance which will only further drive their shares down. HTC Corp and investors alike are placing their faith in the up-and-coming HTC One Max. The new phablet will go head-to-head with the Samsung GALAXY Note 3. However, we have heard this before and unless HTC Corp can get their new phablet to market without a hitch and improve their marketing strategy, this will be another let down for HTC Corp.