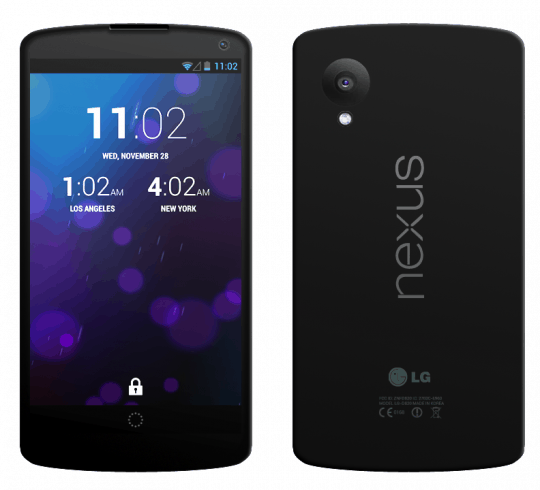 This week has been a pretty busy week for us here at Android Headlines. We started out by finding out that the next version of Android is called Kit Kat, then seeing a Googler with an unidentified Nexus device, which apparently went through the  FCC last night. And that's not counting all the IFA news from Samsung, Lenovo, Sony, ASUS, and others. But it's now full Nexus season. We've already seen a few renders based off of that Nexus device shown in Google's video. Now we're looking at one more.

This one has been updated with some of the details from the FCC filing, to show us a bit more of what the device is actually going to look like. As you can see in the image below, there's still the same softkeys, that started with Android 4.0 – Ice Cream Sandwich. You'll also notice on the back there's a pretty large camera with flash below it. As well as the landscape Nexus logo, which is on the new Nexus 7. Oh and there's an LG logo at the bottom.

Based on the FCC filing, we're looking at a 4.96-inch display that keeps this device smaller than the Nexus 4. Now that's pretty awesome. It's also packing a Snapdragon 800 processor clocked at 2.3GHz, along with 2GB of RAM, and a 2300mAh battery. While the battery is pretty sad, especially since it's only a 200mAh change over the Nexus 4, I really hope Kit Kat can improve battery life. The battery life on my Nexus 4 is pretty crappy to say the least. Speaking of Kit Kat, we know this device is going to come running Android 4.4 – Kit Kat, which was announced earlier this week. 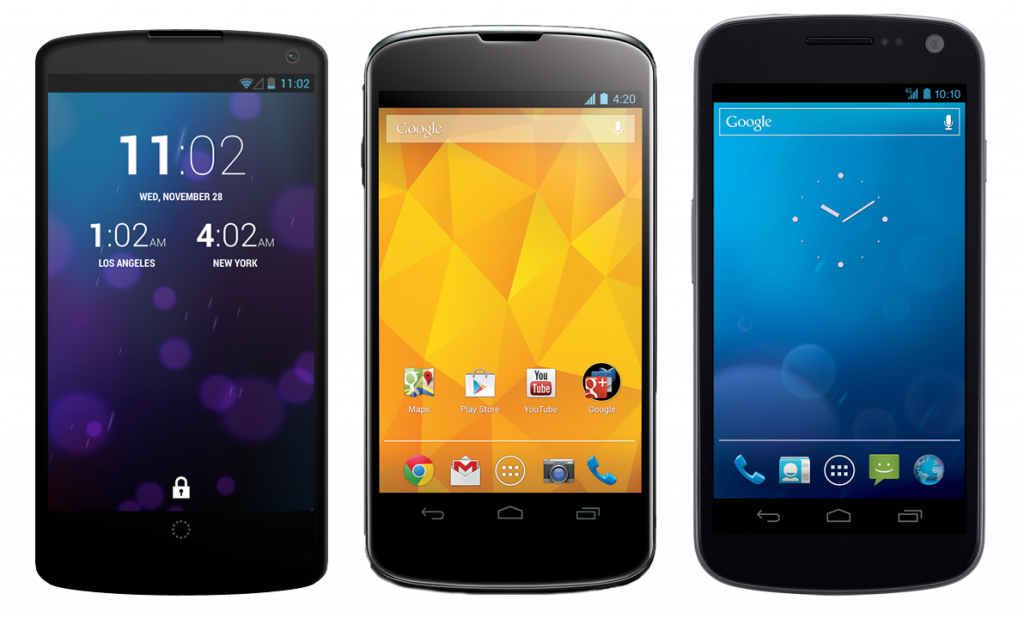 It still kinda looks like a Nexus 7 Mini, which isn't a bad thing. I really like the design of the Nexus 7, and I'd rather it look like a Nexus 7 than the LG G2, which is what this device is supposed to be modeled after. How many of you would pick up this device if it were available with these specs for $300-400 off contract and unlocked?