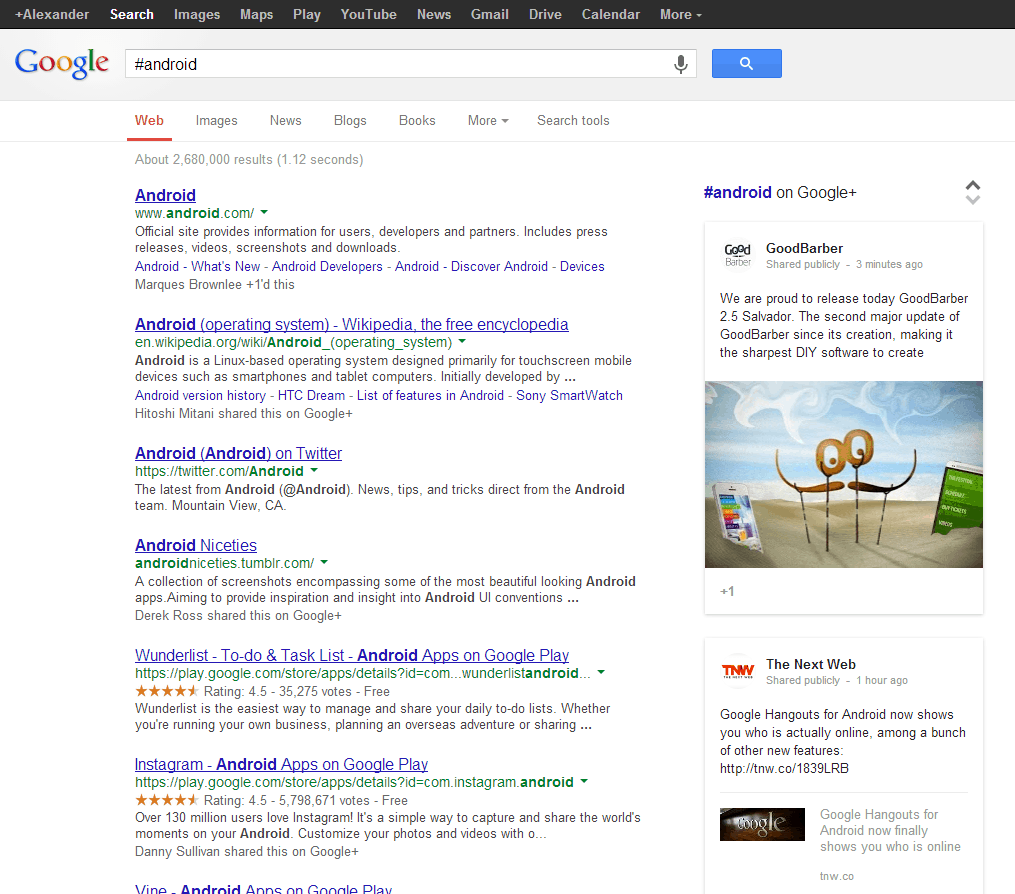 Hashtags are one thing that's pretty popular on Google+, Twitter, Tumblr, Facebook and just about every other social networking service. Why? Well it basically categorizes all the millions of posts shown on each network everyday. For example, if you search #Android on Google+, Facebook or Twitter, you'll find just about every one of our posts on each network. But what about if you search #Android from google.com? Well you'll find stuff from Everywhere, except Facebook and Twitter now. Although you will find twitter.com/android, but no tweets that have that hashtag in there. And trust me there's a lot of those.

The catch is that Google search results will show updates shared on Google+, which will definitely make it better for SEO for some people. But if you want to find hashtagged content from Facebook and Twitter, you won't find it. But Google does link to them if you search normally, like searching for "Android" instead of "#Android".

Additionally, Google's hashtag implementation also favors relevance over timeliness, the sidebar of Google+ posts appears to cycle through "best of" updates instead of showing the most recent posts. Users will also only be able to see Google+ posts in search that have been shared publicly, or shared with them. Which makes sense, since private posts shouldn't be shown to others in search results.

The latest update to their search engine really helps tie the search engine to their social network, which many people call a "ghost town", even though we don't agree, but that's an argument for another time. So people that search for hashtags might find some more posts on Google+ and might get more people active on Google+, which is great for the company.

How many of you typically search hashtags from Google's website? Are you sad that Twitter and Facebook results won't be shown? Let us know in the comments below.