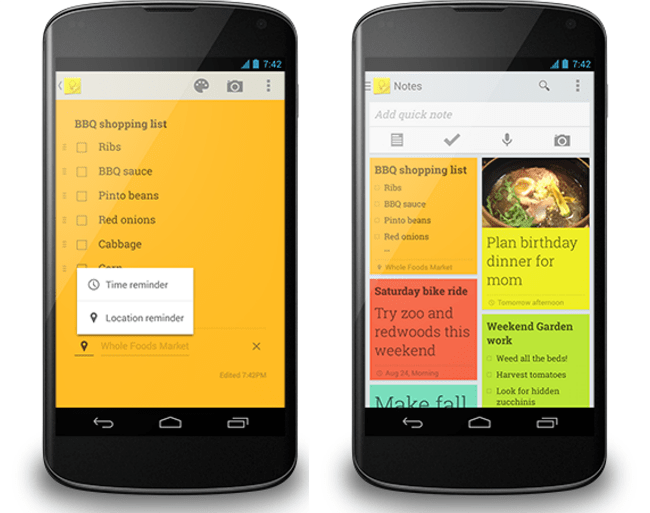 Google launched it's own note-taking service in March this year called Google Keep, and while it was pretty light on features initially, the hope was that Google would build Keep into a great new service.  While there have been a few updates to Keep since launch, the app is still pretty basic, and is essentially only used to take notes, with the occasional picture or sound snippet attached to the note.  Google most recently updated Keep with new functionality in August, including adding location-based reminders that integrate with Google Now.  These reminders let you tell keep that your grocery list should be pulled up when you get to the store, or even let you set a time reminder to pull up your idea sheet for, say, that meeting you have at 1pm today.  Keep is a handy little app, but with so many note-taking apps out there, why would anyone choose such a simple app over a more fully featured one?  The answer is integration with all of Google's services, particularly Google Drive, and that's what Google seems to be understanding. 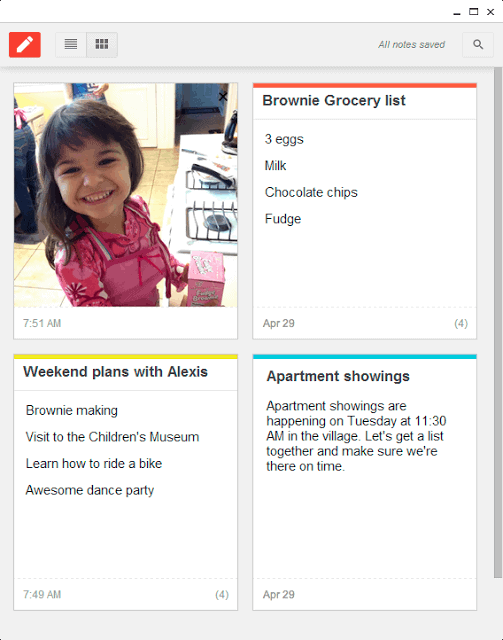 The folks over at the blog Google Operating System have combed through the code of the latest Keep update and have found a rather interesting snippet relating to Google Drive integration of Keep.  Rather than storing your notes in Google Drive, this integration is more along the lines of attaching content from Drive straight to your notes in Keep.  So let's say you have a bunch of pictures that you already uploaded to Drive, or even a video that you might have stuck on Drive from your desktop.  Soon enough you'll be able to drop that file straight into your Keep notes, and when you want to open it the file will open straight with Google Drive Viewer instead of making you download the whole video or image.  Google is also integrating YouTube support into Keep, so if you have a handy how-to video that goes with your house repair notes, you'll be able to play it straight from Keep without having to launch the YouTube app.

This sort of convenience is what encourages people switch apps, and Google seems to be banking on convenience through integrating their services lately.  Since Keep already has its own backup service and storage location, there's not much of a need to integrate that portion into Drive, so there's no need to think that Google would be integrating that in the future.  We've seen Google integrate Drive into a number of their services already, including Google+ most recently.  With that integration you can now search through photos you have stored on Google Drive straight from your Google+ albums interface, meaning you no longer have to go to multiple locations to find all your pictures. This new content isn't yet enabled in the Keep app, so we expect the next update to bring these new features to life.  Until then you at least know what to expect!