Google Glass news just never stops rolling in as they are in a constant stage of reinventing themselves as Google receives comments from their test group as well as designers and app developers.  Personally I like the “Geordi La Forge” look from “Star Trek: The Next Generation,” but many have said they have an “unfinished” look about them, as though they were put together with pieces of stuff from a lab…and that’s exactly what they are! 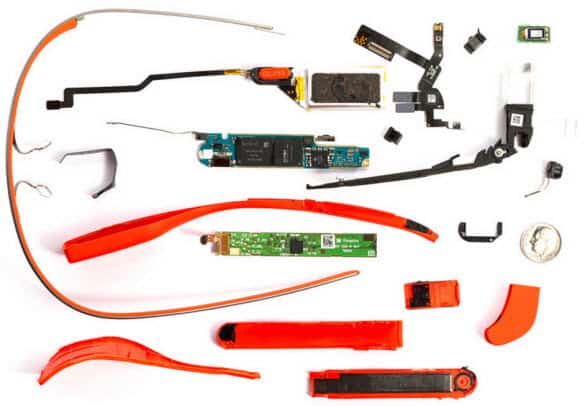 I think we can all agree that Google did a little more than slap a bunch of pieces together to get what we now call Glass.  But don’t think for one moment that Google is done with designing Glass, especially based on the number of patents Google has filed, depicting several different designs.  Some of the more recent documents to pass through the U.S. Patent office are shown below, the first looking very much design for someone who wears a regular pair of glasses, with the “Glass” device attached on the outside of one of the users’ own prescription lens.  This design also allows room for a larger or second battery, one of Glass’s weaknesses : 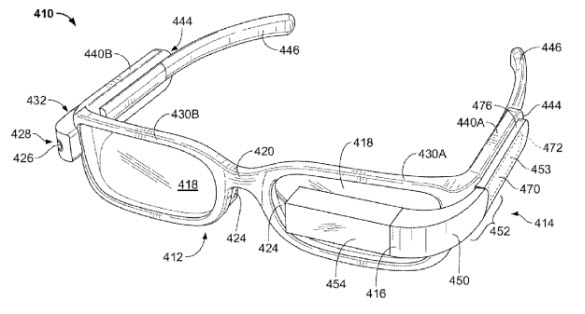 Now in an article we did not long ago, Google was asked about prescription lens or even contacts being available – Google said, “In the next few months, we’ll integrate it into glasses.”  There was no maybe and no ambiguity when Glass creator Babak Parviz said, “we will integrate it into glasses.”  These patent sketches may will be the being of that attempt.  And as much as he was positive of their glasses integration, he was just as revealing about the contacts – in the distant future, maybe, but to project content on curved contact would to be very challenging.

Another drawing shows some more possibilities for Glass as a final product for non-glasses wearers – again, looking as if it could house a larger battery.  This rendition almost looks like a regular pair of glasses, rather than the “Star Trek” look. 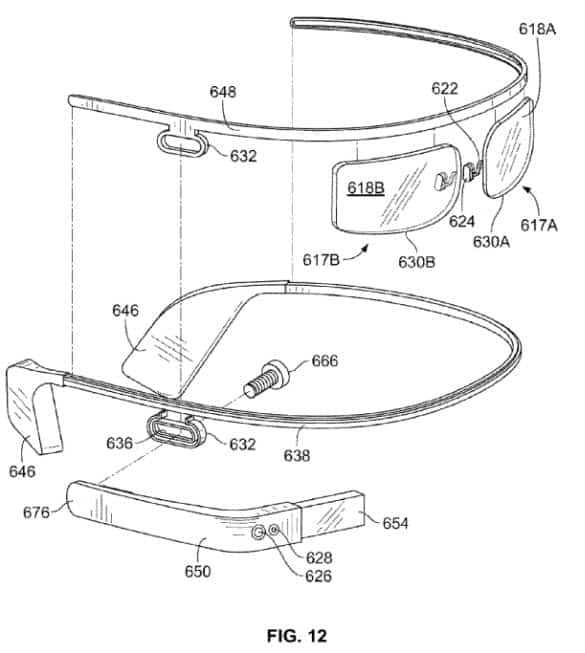 We won’t see these designs any time soon, but Google is shooting for a release sometime in 2014, which gives them plenty of time to perfect Glass.  I have a feeling we will not be disappointed in the final product.