Samsung has long-planned a Fingerprint Scanner as far back as the 18 month development and later launch of the GALAXY S3 on May 3, 2012. Indeed the above image had been extracted from the Galaxy S3 ROM. At least in terms of software, Samsung had a vested interest in implementing a Fingerprint Scanner. 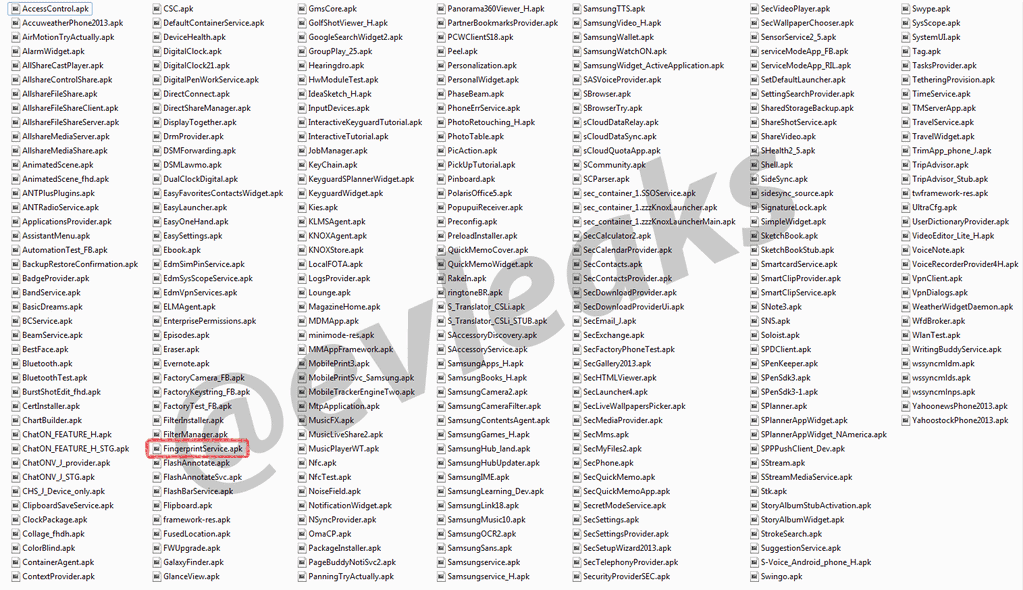 An insider from Samsung R&D of India has spoken to PhoneArena to confirm that a Fingerprint Scanner was in fact on the GALAXY Note 3. The new Fingerprint Scanner would introduce a guest mode that will allow any person to use your Galaxy Note 3 but limit access to your personal information and files. This guest mode would work much like the guest account on any Windows PC. The key difference here is that instead of requiring a password, the owner of the smartphone would simply touch the home button to assume ownership.

This brings us back to the reports in late July that Samsung and Apple were experiencing manufacturing issues with their respective Fingerprint Scanner. Either the reports only pertained to Apple, the setbacks were overstated or Samsung Foundries had quickly overcome the problems and were on track to introduce a Fingerprint Scanner in the Galaxy Note 3.