Fingerprint scanners are all the rage since Apple decided to include one on their new iPhone 5s, as though they were some kind of breakthrough in technology.  HTC is following suite by adding a fingerprint scanner on their new HTC One Max phablet (see below) coming out sometime this Fall.  HTC has chosen an interesting location for their scanner; on the back, directly under the camera, but where else could it go with no bezel on the front. Everybody thought that Samsung would be jumping on the fingerprint bandwagon, but not so, at least until the second half of next year, according to an article in the Korean Herald.  Samsung still believes fingerprint scanners to be in their infancy and need more development before they will put them on their devices; so this means no scanner on the Galaxy S5. 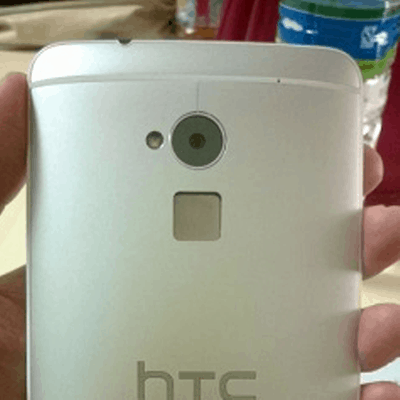 There was speculation that the just released Samsung Galaxy Note 3 would include a fingerprint sensor, but instead included their security package called KNOX. The next natural rumor was that the fingerprint sensor would be on the forthcoming Galaxy S5, but this information dismisses that theory. Crucialtec is currently the only Korean company that specializes in fingerprint scanners for smartphones.  Seoul-based Woori Investment & Securities analyst Kim Hye-yong said:

Samsung has to rely on the company (Crucialtec) for fingerprint functions, but its technology level is still behind Authentec in terms of patents and solutions. It will take a year more for the company to supply stable technology.

Authentec is the mobile security solutions company that Apple acquired last year for the fingerprint sensor being used on the iPhone 5S.  Apple’s fingerprint system, as sophisticated as it is, has shown that the technology has a ways to go after some German hackers were able to bypass the iPhone 5s’ fingerprint identification system.

Samsung will certainly adopt the fingerprint technologies down the road. Fingerprint scanners are a trend rather than a necessity. There seems to be few things that can be added to handsets. Smartphone makers now face an innovation hurdle.

Samsung knows that the fingerprint scanners on a smartphone can be used for so much more than simply unlocking your phone, for instance, banking transactions and other, more secure, applications.  However, at this time, a more secure scanner would be needed for those types of transactions.  I think Samsung is smart in waiting with a fingerprint scanner or sensor until the technology is better developed.  I wonder whether Samsung will make a Mini, Regular, and Maxie size scanner!