Skip to content
Trusted By Millions
Independent, Expert Android News You Can Trust, Since 2010
Publishing More Android Than Anyone Else
32
Today
120
This Week
763
This Month
6702
This Year
124223
All Time 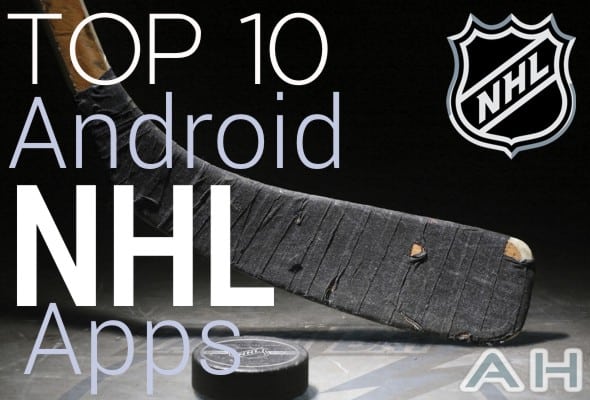 The 2013-2014 NHL season is due to start soon. So we thought we’d get you ready for the season by sharing some of the best NHL apps on the Play Store to keep you up-to-date with everything going on in the 2013-2014 season. We’ve got apps to keep you updated on scores, some live wallpapers and much more. If we miss any NHL apps in this list, feel free to leave them in the comments down below, as I know there are many more than just 10 NHL apps on the Play Store, especially since there’s around 1 million apps in the store. What team are you rooting for to win the Stanley Cup in 2014?

Fox Sports has built it’s mobile app, and while it’s not the best looking one around, it definitely does it’s job, which is really all that matters. The app will give you news, scores, media, rosters, standings, schedules and so much more for the NHL as well as many other sports like the NFL, MLB, NBA, NASCAR, Golf and much more.

This is actually a cool game that’s developed by the NHL. It basically allows you to shoot hockey pucks and see how fast you can do it. It uses audio recognition technology to determine the speed of your slapshot. It simply measures your shooting distance, just set your mobile device and fire away. Let’s see if you can beat 105.4MPH.

Just like you think, with NBC Sports Live Extra you can watch over 1000 events LIVE for free with the app. You can actually watch video on demand, see the coverage schedule, get push notifications for upcoming events and replay different sporting events with their DVR feature. NBC Sports Live Extra also shows most of the olympics on their app.

We’ve talked about CBS Sports quite a bit. Which is probably because it’s just such a great app. With CBS Sports you can get scores, schedules, rosters, news, media, and much more for your favorite NHL team or player as well as many other sports. Including the NFL, NCAA Basketball and Football, MLB, NBA and more.

Yahoo! Sports is a completely redesigned app that actually looks very nice. It provides you with all the coverage you could ever want in regards to the NHL and many other sports. Including videos of highlights from games and post-game press conferences.

theScore is another app that provides more than just NHL coverage. The app is super fast and fluid, it brings you live sports scores for many leagues including the NHL, NFL, MLB, NHL, NCAA Football and Basketball, MMA and much more.

Think you know everything about hockey? Well with this new app, you can quiz yourself and see how much you actually know. There are different games, trivia and speed challenge. It includes all the NHL players and clubs in 2013, along with 3 difficult levels and over 1500 questions. The app is completely free as well.

ESPN ScoreCenter is probably my favorite all-in-one sports app. They’ve redesigned the app recently and it looks amazing. It includes scores, schedules, media, team news and so much more. Not only does it cover the NHL but many other sports leagues. You can also customize your teams so you only see scores from your favorite teams when you open the app.

Want to use some NHL live wallpapers on your phone or tablet? Well here ya go. NHL 2013 Live Wallpaper has many of the different teams wallpapers including the Ducks, Maple Leaves, Sharks and much more. It’s a great app that allows you to use live wallpapers. Although keep in mind that live wallpapers do use more battery than regular wallpapers.

The ultimate NHL app. This one’s developed by the NHL, and shows live scores and stats for each team inplayer in the league. It also features Live Game Simulation with near Real-time shift changes, box scores, and play by play analysis. Post-game video highlights, video on demand, customized game alerts and so much more. You can upgrade to NHL GameCenter Premium and get live radio broadcasts, in-game video highlights, condensed game replays, all for $4.99 per month.