Endless runner games have been popular on smartphones and tablets for quite some time now. However, many of them aren't that appealing to kids or to casual gamers. Simple games that are easy to pick up and play are often some of the most addicting games. Not just that but, they can be the most appealing to casual gamers and those that just want a break from the console or Angry Birds. Don't let the pink attire fool you, Bunny Rush is not a game for the faint hearted. Read on to see if Bunny Rush is a game that you can get behind.

Description: Bunny Rush is a new take on platforming games from the good old days where platforming games were genuinely difficult and timing was everything. With simple, yet difficultly designed levels Bunny Rush will have you seeing red, instead of pink. The cutesy characters might not appeal to everyone but, once you look past those you have a simple game that's incredibly challenging and will suck you in. Bunny Rush is a free-to-play platformer with hints of endless runner games involved with 2 worlds that have 7 challenging games each. Take a look at the video below to get a little taste of the game.

How it Works: To start challenging your platformer skill, go ahead and download the game from the Play Store to get started. 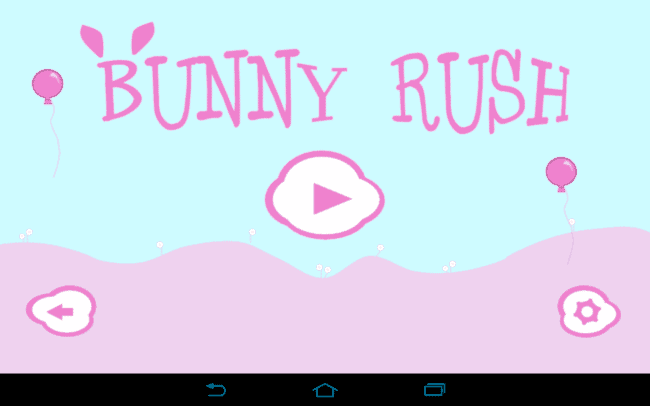 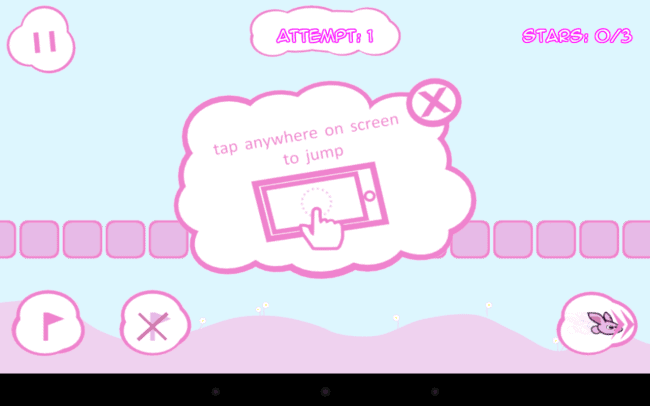 There's a tutorial of sorts that tells you how to control bunny while playing through the levels. It's pretty helpful and only takes a few minutes. It'll tell you how to dash and how to set checkpoints, too. 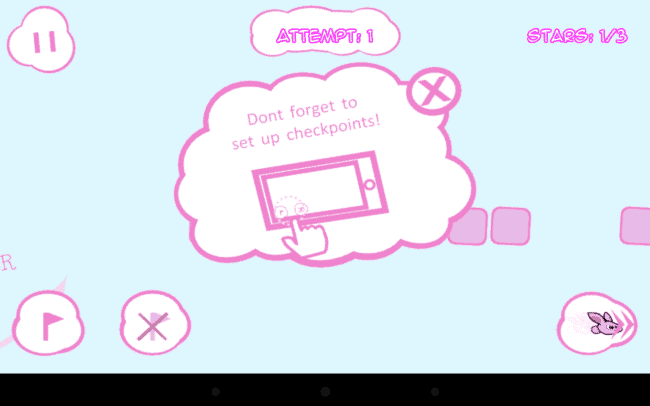 When you first start playing, it doesn't seem all that difficult but, the more and more you play, the harder things can get. 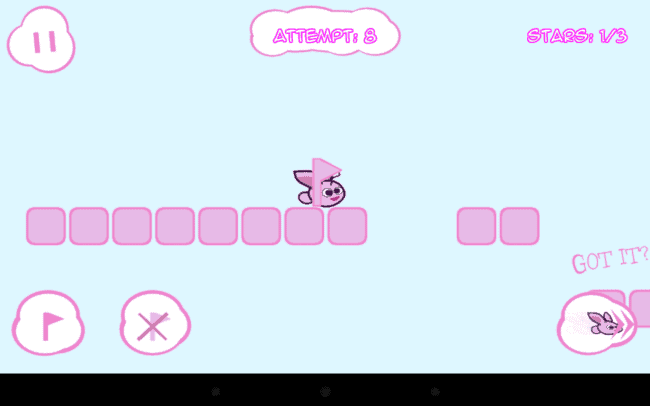 The more you play, the more difficult things become. 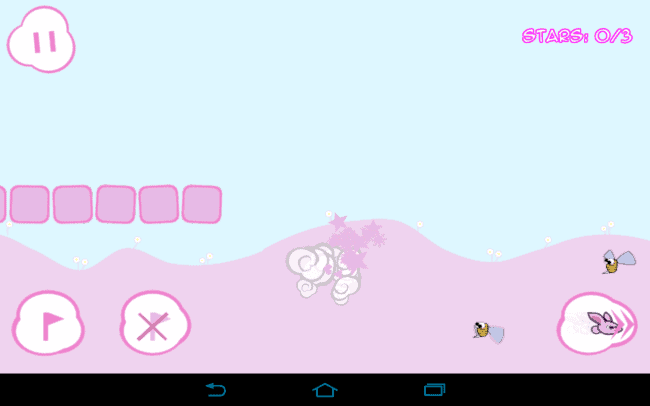 Coming up against a large gap and some enemies isn't a fun thing and it can be very tricky indeed. However, if you manage to make it to the end of a level, you are rewarded with a score consisting of stars. 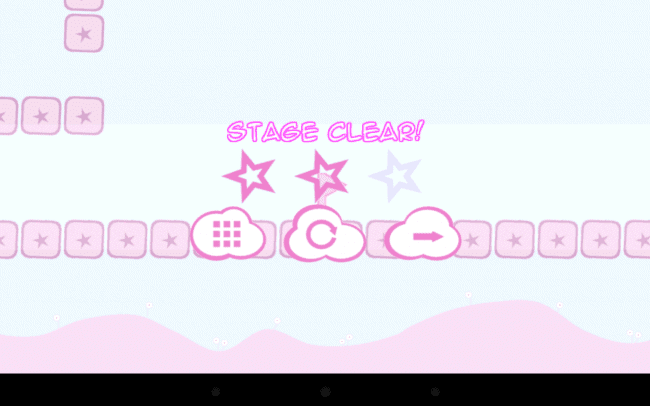 Opinion: While the aesthetics in Bunny Rush might not please everyone, they should appeal to casual gamers and as soon as those gamers are hooked, they'll hardly be able to put the game down. The harsh difficulty at play is both frsutrating and addictive. Jumping from platform to platform and avoiding enemies might seem easy at first but, the amount of times you'll fail that jump is both surprising and incredibly difficult. Thankfully, for those that aren't so hardcore, you're given the choice of where and when you'd like to place checkpoint flags. That adds that little bit of extra gameplay to make things a little more dynamic and it helps to keep the place on their toes.

Conclusion: Bunny Rush gets a lot of things right, it's just a shame that it hasn't reached its full potential. In time though, it probably will. The theme of the game might not appeal to everyone but, it is different and quite ironic considering how difficult and challenging the game can be. The gameplay elements the game needs are all here, it's challenging and fast-paced which makes for a quick and easy game to pickup and play but, a very difficult game to master, indeed. Being able to choose where and when you place a checkpoint as your progress through the level is pretty neat and can help curb the frustration you might get when you first start playing. All-in-all, Bunny Rush is a lot of fun to play and pretty much anyone can take to the game, just be prepared to fail a lot when you first start playing. This only makes completing levels far more satisfying though.